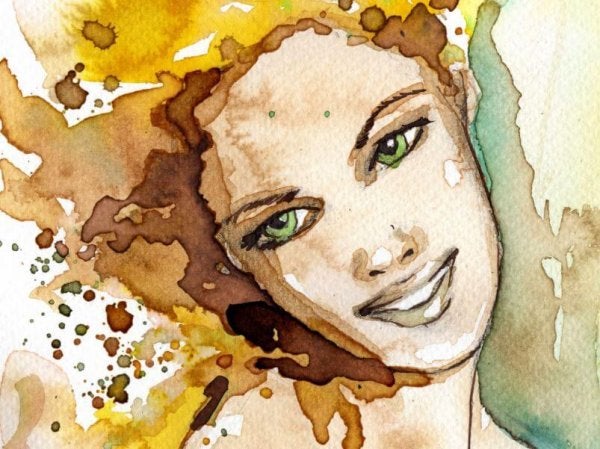 We are made up of what others give to us, of what we let inside and keep inside. At the same time, other people aren’t constantly thinking about who we are and how we feel. Everyone is occupied by their own struggle, which is sometimes different from ours. That’s why we should give ourselves the chance to live more lightly and passionately in the present. Don’t internalize the insults that other say to you; smile and move forward. Take a breath and teach them a lesson.

Not internalizing is knowing how to live

The world is full of battles and we have to be intelligent in choosing which one is ours and which one belongs to someone else. Only by keeping your spirit clean can you help anyone else in any way.

“Be kind, for everyone you meet is fighting a hard battle.”

If took every offense seriously, we’d be much more broken than whole. There are people who will never feel empathy towards our situation or our struggle. So we’re left with a promising path forward: being able to choose our spiritual allies more quickly, without resentment, and making the most out of their company.

If you don’t internalize insults, it doesn’t mean you’re blind to them. The things that harm us are automatic; we don’t give emotional pain permission to hurt us or not. Like how we can’t avoid that when we touch a burning plate with our hand, we reflexively remove it from the physical pain.

But if we’re able to reflexively move our hands away when we’re at risk of being burned, why do our minds sometimes give into the flames or resentment and offensiveness? Why don’t we accept that feeling offended and hurt is normal, and instead remain in a place that’s dangerous?

Stop being sensitive so you can be intelligent

Not internalizing insults won’t turn you into an insensitive, cold, or cruel person. It simply means not giving them the pleasure of hurting you, and allowing yourself to forget something that was just a nuisance.

If you don’t internalize insults, you’ll be more positive and prevent future unpleasant situations, and you’ll give your soul the strength and determination to be able to face them.

“Choose your battles carefully, sometimes being at peace is more important than being right.”

Sometimes, this seems impossible. Dramatizing is a part of our lives, because most people around us do it. It seems like the greatest stories are full of sadness, and that people who sometimes label us as successful are always under tension and attacking others. It seems like if we don’t face it, it’s a sign of weakness, when in reality it’s a sign of emotional maturity.

Mental traps that we sometimes inflict upon ourselves are much more cruel and pernicious than all the offenses, aggressions, and humiliations that others do to us.

We’ve turned a distinctive weapon into a perpetuator of anxiety and confusion: we sometimes use verbal language, words, in a destructive internal dialogue, as a way to simplify our communication with others.

The things that others have said are infinitely more enduring than the amount of time the people themselves were actually in our lives. Such internal chatter distances us from being objective towards reality.

For example, we’re often certain that “They’ve judged me so many times,” “They looked at me weirdly,” “They’re always correcting me at work,” without working out how accurate those statements are.

Of all the people who have caused us harm, how many of them were really doing it intentionally? Does it mean anything to you today? Have they really prevented you from achieving your dreams?

If you respond to these questions, you’ll realize that most of the time, you’ve internalized the offense so much (which may have been encouraged by your excessive ego), that you’ve multiplied the harm they caused you by a thousand.

Stop and think about what one day caused you so much disdain. Make general conclusions, analyze what you and others did wrong on all those occasions, and what all those people have in common that made them hurt you so much.

Sometimes, this analysis sheds light on environments that you should avoid. Other times, it sheds light on what you should improve about yourself so that it’s you, and not the negativity around you, that lives inside you. You can’t contribute anything new or good if everything you have inside is old and resentful.

Wellness
Have You Ever Fallen in Love With Hopes and Dreams?

It’s happened to us all that, after a few years, your partner’s different behaviors and habits begin to bother you.…

Being happy is paramount. But is it necessary to go searching for it? What if we are already happy? Perhaps, then,…

Wellness
A Father May Not Nurse a Child, but He Still Nurtures