How to Deal with an Alexithymic Person

In this very interesting article, discover how to deal with an alexithymic person. Read on to learn more! 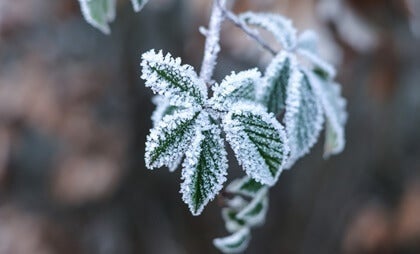 Dealing with an alexithymic person isn’t easy. After all, few people get used to living without their special person telling them “I love you” or asking “How are you?”. Some think that people with alexithymia don’t have feelings. This isn’t true at all. In fact, they have plenty of them. The problem is that they just don’t know how to express them in words. Their world of affection and emotion is incredibly puzzling, leading them to feel distressed.

Nick Frye-Cox, from the University of Missouri, conducted a study that revealed interesting data. Many of the affective ruptures that occur are related to alexithymia. In relationships, one partner often doesn’t feel loved or validated enough by the other. This, of course, leads them to experience a feeling of coldness and even neglect instead of real love.

Interpersonal emotional communication is part of any healthy bond. People need more than just having someone by their side. In reality, they want people who are emotionally active, receptive, and expressive; people who understand reciprocity and are capable of nurturing the relationship in a healthy way by being affectionate and committed.

However, an alexithymic person doesn’t know how to do this. Now, it’s important to mention that it’s not that they don’t want to do it because, in fact, they do. The truth is that they lack mechanisms to respond to what they’re feeling. It’s like trying to communicate with someone through an unknown language. People with alexithymia can’t understand emotions.

As this is more common than we think, we should understand this personality profile a little better. Dealing with this kind of person might be difficult, but it’s always possible to put some strategies into practice to make it easier.

Firstly, let’s make something clear. An alexithymic person isn’t a psychopath. In addition to this, not all alexithymic profiles have a psychological disorder. Actually, John Nemiah, a psychoanalyst from Boston, identified a personality trait in 1976.

The Toronto Alexithymia Scale (TAS-20) is used to identify an alexithymic person. Here are its dimensions:

Studies such as the one conducted at the University of the Basque Country estimate that approximately 15% of the population relates to this profile.

How to live with an alexithymic person

Many people wrongly believe that an alexithymic person is incapable of falling in love. This, of course, isn’t true at all. This personality profile also feels the need for connection, having a family, loving, and being loved. Now, as neurologist Pablo Irimia pointed out, “An alexithymic person does feel but is unable to express those states in words”.

Below, discover some strategies that might help you understand an alexithymic person.

What they don’t say, they express in other ways

Words aren’t the only way in which people can express love, affection, complicity, and admiration. To live with an alexithymic person, you must understand that it’s incredibly difficult for them to verbalize their feelings. Nonetheless, you can see them in their eyes and nonverbal language.

Moreover, many individuals with alexithymia write to express themselves. Through this creative outlet, they’re able to pinpoint how they’re feeling and share it with the world.

Collin Hesse, a professor at the University of Missouri, has carried out several therapies regarding alexithymia. He’s obtained very interesting results. Basically, an alexithymic person responds well to physical contact, caresses, hugs, and kisses. Thus, adopting this type of language in everyday life can make things much easier.

When words are missing, it’s positive to resort to highly emotional gestures. With them, you can make your connection stronger and more empathetical and release anxiety. Yes, we know that the partner of an alexithymic person will struggle with this. However, it’s important to remember that the person with this personality trait is also struggling.

Something we must understand about alexithymia is that it isn’t “curable”. After all, this is a personality type, not a clinical disorder. Therefore, to live with an alexithymic person, you need to know the types of therapy that can help you handle this situation. These therapies offer mechanisms to optimize communication.

The three most interesting approaches are the following:

Undoubtedly, living with an alexithymic can be exhausting. In all honesty, many people get tired of giving so much of themselves without receiving anything in return.

Above all, you must prioritize your own psychological health. As we pointed out, living with an alexithymic person often implies great suffering (for both parties). Therefore, sometimes, there’s simply no choice but to reflect on the relationship itself and make a decision.

However, we wouldn’t recommend giving up on the relationship without first working on dealing with it. Many couples have managed to find a way to create their own language. That way, they feel just as validated as the other person.

Loving Someone with Alexithymia
Although people with alexithymia fall in love, they don't know how to show affection. Read on to discover how to love someone with this condition! Read more »
Link copied!
Interesting Articles
Emotions
The Psychological Burden of Guilt