Herostratus Complex: Specialists in the Art of Posing

The more of a show someone puts on, the less they feel they actually have to offer. That's the case for an individual with Herostratus complex, at least. Today we see more and more people who feign self-confidence but actually have very low self-esteem. 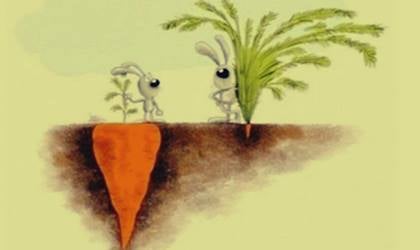 Maybe you’ve never heard of a Herostratus complex but you’ve probably met someone who has it. Today, a lot of people use the term “posing” that others call social exhibitionism. These are the kind of people who are obsessed with getting likes on social media, the ones who hide their inferiority complex, behind the guise of self-confidence that verges on arrogance.

Some people believe that, in this technological age, we’ve all become a little more narcissistic. After all, who doesn’t love showing off bits of their life on their Facebook wall or Instagram stories. It’s fine to do it once in a while, as it isn’t a bad thing in and of itself. However, if you find that you depend on the constant approval of others, you may be dealing with a more serious problem.

The Herostratus complex doesn’t just exist in the virtual world. That one friend who dominates your group chat, your coworker who pretends he’s good at everything, and countless others who fill social media with their self-obsessed content.

If you’re constantly pretending to be something you’re not, you’ll feel empty and unhappy. For some, the pursuit of notoriety doesn’t just leave them feeling unfulfilled but can lead to harmful and destructive behaviors.

“If fame is only to come after death, I am in no hurry for it.”

An unfortunate event occurred on the night of July 21, 365 BC, that would go down in history. The star of our story is Herostratus, a young shepherd from Ephesus. From a young age, he was obsessed with the idea that the Gods had chosen him to do something noteworthy, something that would make him famous.

He wanted to become a priest in the Temple of Artemis but his lack of noble parentage made it impossible. Blinded by his desire to be famous, he came up with a plan. On the night of July 21, he went to the Temple of Artemis, one of the seven wonders of the world, and after kissing the statue of the goddess, set fire to the building.

After the disaster, King Artaxerxes of Persia ordered his men to torture Herostratus to figure out why he would commit such a crime. Herostratus told them that he wanted to go down in history as the man who had destroyed the beautiful temple. After hearing that, the monarch condemned him to be ostracized and passed a law that prohibited anyone from saying his name or recording in any way that he was the one who destroyed the temple. The punishment for violating this law? Death.

The law didn’t work as the king intended, however. Greek historian Theopompus wrote about the fire and recorded Herostratus’s name. His record is the only reason we know about the incident today. The king’s efforts failed so miserably that Herostratus’s name is still used today in psychology to describe someone who’s willing to do anything for fame.

The hunger for fame, low self-esteem, and criminal acts

Alfred Adler, the renowned Austrian therapist from the early 20th century, conducted a very interesting study that explained what might cause an underlying feeling of inferiority. Many people who feel this way display a particular behavior pattern that was evident in Herostratus of Ephesus himself.

These individuals tend to make a life plan full of unrealistic goals. They’re also extreme overachievers and tend to look down on those around them. They’re desperate to be the center of attention but often fail, which leads to outright hostility.

This combination can be highly dangerous. In certain cases, people suffering from the Herostratus complex may actually commit crimes. As we mentioned above, Herostratus went to that extreme when he burned the Temple of Artemis. So did David Chapman, the man who murdered John Lennon on December 8, 1980, and John Hinckley, who tried to kill Ronald Reagan on March 30, 1981.

Rejection of self that leads to violence

All of the men we mentioned above clearly displayed pathological behavior in their search for notoriety. Consequently, they didn’t hesitate to attack iconic figures to secure their place in history. Ultimately, their attempts were successful, which is why we shouldn’t trivialize this kind of behavior. The constant need for attention and consistently prioritizing their own goals and needs while looking down on everyone else could be the behavior of a dangerous person.

People pose because they feel that they’re lacking in some way. They’re frustrated with what they have and reject who they really are. Instead of accepting themselves, they cling to a story they invent, a story that requires constant external affirmation. They won’t always be successful in their deception, however, so they might turn to more extreme means. Sabotaging the success of a coworker, spreading unfounded rumors, and unscrupulously blurring the lines between what’s ethical and what isn’t.

Not only does the Herostratus complex limit an individual’s potential to be happy but it can also lead people to show their darkest side.

The Cassandra Metaphor
The Cassandra metaphor is when a woman's achievements are ignored in patriarchal societies. Learn all about this phenomenon here! Read more »
Link copied!
Interesting Articles
Personality Psychology
Are Narcissists Born or Made?