The depth and intensity with which humans live depend largely on paying attention to each experience. There are so many stimuli nowadays that people often stop noticing certain things that fragment conciousness. 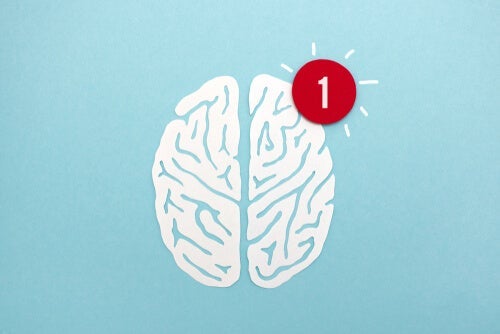 Paying attention is essential for human life as it’s the main way to acquire knowledge. There are a lot of distractions nowadays, though. The constant simultaneous stimuli lead to a fragmented consciousness. Thus, focusing on something is often a rather difficult task.

Every activity is constantly interrupted by something or someone. Pay attention and you’ll realize you rarely perform a whole task in a continuous sequence of actions. You may begin to do something and then a beep distracts you. It happens at all times.

Cell phones are the best example of this lack of attention. How many times do you look at them without hearing a beep? This anxious relationship with your cell phone is only the tip of the iceberg in the problems you have when it comes to fully paying attention to something. Everyone is structurally programmed to be easily distracted and thinking and feelings become erratic.

“If on any given day you don’t cry from rejoicing in the beauty of the world, then you have not lived that day.”

William James was a pioneer of psychology and one of the most careful researchers who delved into the subject of attention. Contrary to what many of his contemporaries believed, James pointed out that an experience only becomes such if you pay attention to it. You’re not really living it if you’re not attentive to what you’re doing.

As you can see, the reality you perceive is always a reality delimited by yourself. You decide to focus on certain aspects and overlook others. In this regard, attention integrally defines your consciousness.

For William James, the main characteristic of a genius is the ability to maintain sustained attention. He argues that anyone who’s able to focus decisively on an issue becomes someone with enough mastery to stand out above the rest. Regardless of whether it’s the product of willpower or spontaneous interest, following the thread of a subject leads to a deep knowledge of it and successive discovery, creation, and invention.

People’s attention generates money nowadays. It’s been a long time since you stopped being a person or an individual, now you’re a “user” of something. Furthermore, the users’ attention is a profitable factor. Your “likes”, “comments”, and “views” are something someone makes money with. The market is currently disputing your attention.

In fact, the market is the first source of stimulus bombardment. The main pillar of the whole digital economy is to capture people’s attention. Unfortunately, everyone is easily falling into that net. If there’s anything dispersing people’s attention today, it’s the entire digital world. That is, its viral news, its social networks, and the frenetic forms of communication that take place in that environment.

As you can see, the end result is scattered awareness and, thus, a scattered experience. You go through thousands of daily experiences and, in the end, none of them ever becomes a full experience. Moreover, you go through it all without stopping to analyze a specific element of it. It’s like looking but not seeing; hearing without really listening.

It’s possible to cultivate and educate your attention. Thus, it’s not a matter of willpower and you don’t have to force it. In fact, all Eastern philosophies speak of the importance of full attention and promote methods for developing it. Meditation is one of them.

You may have noticed that children are quite attentive to their surroundings when they’re discovering the world. For example, they often spend a long time examining a toy or watching how someone behaves. Paying attention is an exercise in contemplation accompanied by the capacity for surprise and interest in discovery.

Finally, the best way to develop attention is by consciously reducing the number of stimuli around you. Therefore, you must deactivate this tendency to accumulate information, friends, and knowledge. This is because less quantity is more quality in this case. Thus, less noise leads to more silence and less meaningless experiences leave room for better experiences.

Sustained Attention: Concept and Theories
Sustained attention comes into play during many of your daily activities. It is important for processes related to vigilance or supervision. Read more »
Link copied!
Interesting Articles
Authors
Ken Wilber: The Creator of Integral Psychology