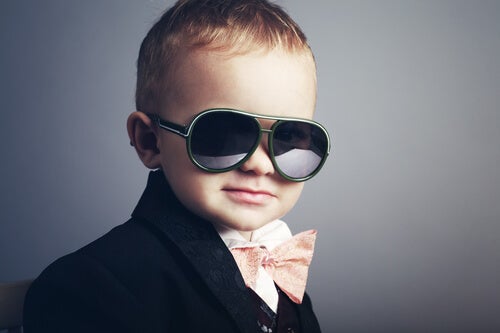 Teaching self-esteem is something parents can’t disregard when raising their children, as it’s necessary for proper emotional development. However, some parents obsess over their children’s self-esteem so much that they take it too far, turning them into narcissists.

A recent study revealed that parents who think that their children are better than others aren’t helping their self-esteem. On the contrary, they’re harming them by increasing their risk of becoming narcissistic. The study concluded that to improve self-esteem, it’s important to make them feel loved, but not better than others.

According to the researchers, when parents see their children as more special and entitled than others, they’ll internalize the idea that they are superior, which is the basis of narcissism. But when parents treat them with affection and appreciation, they’ll internalize the idea that they’re valuable individuals, which is the basis of self-esteem.

However, being overvalued by their parents isn’t the only thing that creates narcissistic children. The researchers stated that, just like other personality features, narcissism is influenced by genetics. Due to these risks, some children might be more prone to become narcissistic than others.

How to know if you’re raising narcissistic children

The following features are clear signs that your parenting style is favoring narcissistic attitudes in your children. Revising and adapting these aspects will improve their emotional and psychological development and avoid turning them into narcissists.

Don’t forget that, from a psychological point of view, narcissism is a personality disorder that negatively affects the lives of people who suffer from it.

It’s hard for some children to have confidence in themselves. Even when they have the proper skills to do something well, they get paralyzed because they’re terrified of the possibility of failure. To increase their self-esteem, you have to give them confidence, encourage them, and praise them so they know that they can do it.

It’s one thing to praise them, recognize their successes and triumphs, and help them trust in their ability to solve problems and be successful in different areas of life. It’s another thing to make them believe that they’ll never make mistakes.

It’s necessary for children to learn to live with mistakes. This is the best medicine for narcissistic children. And they must also understand that it’s an inherent part of playing and learning. They must learn to integrate their mistakes, to fall down and get up again, just like when they learned to walk. One who makes mistakes is one who tries, which means they have the opportunity to succeed.

2. Constantly comparing them with other children to show they are superior

After age 7 or 8, children start to compare themselves with others. Sometimes their interest in these comparisons start earlier when they’re encouraged by their parents, who are eager to demonstrate how good they are or the virtues that they think they have.

But these comparisons put a lot of pressure on children, who don’t want to fall behind their peers. When a child stands out, it’s good to recognize their achievements and virtues, but without comparing them with others.

Being good or even better than others at something does not mean being superior, but children don’t see it that way because their world is drawn in thick strokes that get fine-tuned little by little. So it’s our job to lend them a hand when it comes to discovering the nuances of life.

3. Being a role model who’s unable to receive criticism

Listening to criticism from others is pretty unpleasant for most adults, so you can imagine how hard it is for narcissistic children. But you have to know how to deal with criticism in a constructive way and be a model for your children to do the same. You don’t have to say yes and nod your head to everything, but rather be critical of yourself, have a dialogue about the problem, and promise to change what you can improve.

If children see that their parents are unable to withstand criticism, become closed off when somebody suggests a beneficial change they could make, or act like they’re always right and don’t listen to anyone else, it makes sense that the they will do the same.

Moreover, some parents aren’t even capable of withstanding criticism of their children, and react irrationally so as not to remove them from the pedestal of perfection and superiority that they’ve placed them on, which is even worse.

4. Bragging about them and excusing their faults

Let’s be honest. It’s one thing to be proud of your child, and it’s another thing to brag about them and defend everything they do to prove that they’re the best, excusing any fault and flaw. This won’t make them the best. Some children will react by rebelling against their parents, and others will only become more narcissistic. Neither of these two options is an easy or healthy path for them.

It’s not bad for children to mess up once in a while. There’s nothing to worry about, no reason to be embarrassed. Excusing their behavior instead of showing them that nobody is perfect denies them an important learning opportunity.

5. Talking badly about children who are different or “inferior”

Children who are different or who have less abilities aren’t inferior. But some parents will make fun of them for any reason, whether it’s intellectual, physical, the way they dress. And their children end up thinking that they’re above everyone else.

Talking about others in a negative way is a way for some people to emphasize the good qualities about themselves. But, to use an example, calling someone else ugly doesn’t make you any more beautiful.

You don’t have to pick out the worst in others for the good things about you to shine. But if parents insist on talking bad about other children so that their own child feels more important, they’ll only make their child lose perspective on themselves and their worth.

Narcissism: The Root of Aggression in Children

Psychology
Victor Küppers and the "Light Bulb Effect": Why Attitude is Important

A lot of people focus on gaining knowledge and developing skills. They do it to increase their value as people.…

Educational psychology studies the behavior and cognitive processes linked to educational settings. The studies researchers have carried out in this…

Neurohappiness. Reading the term is enough to spark one's curiosity like that of a child seeing a magic trick. Suddenly,…