Ghosting: Disappearing Instead of Breaking Up 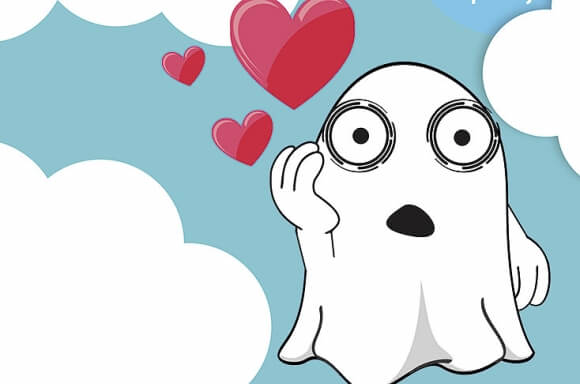 Julia can’t believe it. She had been in a relationship for almost a year with the man who seemed to be the great love of her life. Then, all of a sudden, everything started to change. She says it was from “one day to the next.” What is certain is that this man, in whom she had put all of her hopes for a lasting relationship, left without even saying a thing. She still doesn’t know if this was his way of ending the relationship or just take a short break.

The situation is confusing for her. She called him and left him several messages, and wrote emails, but he has not responded. She doesn’t know if she should try it again. Sometimes she thinks he may be going through some kind of problem and that is why he has disappeared. At other times, she thinks he simply did not have the courage to break up with her face-to-face and that is why he is now avoiding her.

Does this sound familiar? Julia is a fictitious character, but we have all known a Julia or we have been her at some point. And that is how disappearing from a relationship, instead of directly ending it, has turned into a common practice. It is so common that it even has a name, “Ghosting,” turning into a phantom from one day to the next. Why does this happen?

Disappearing: A way to end a relationship or perpetuate it?

It is assumed that this should not occur between two adults. When a relationship begins, both assume the responsibility to continue in the relationship until one of them wants to terminate it. If this were to occur, the reasonable thing to do is to openly communicate this so that the other person clearly understands that the relationship has ended and that each one is now free to manage their love life as they see fit.

We all know that ending a relationship is rarely easy. Both people end up getting hurt, but the one who did not make the decision to end it will usually get hurt a little bit more, even if they don’t show it. However, as unpleasant as that moment may be it is expected that, at the very least, it can be clearly communicated to the other person that the relationship is over.

What appears to be obvious, is not always so clear to all adults. They distance themselves hoping that the distance will make the other person understand that this is a way of ending their relationship. Furthermore, it is easier for them because they get to avoid explanations, scenes and a tough ordeal.

This situation, in and of itself, is a paradox. By not breaking up in person, but rather choosing to disappear, they are perpetuating the bond with their ex, in one way or another. They perpetuate it because the one affected will have a measure of uncertainty that will not allow them to have closure for quite some time. The one who “disappeared” will pretend not to know, but they sure do. Thus, what you should do is close the door and open a window, this will help you to manage your own grief more easily.

Not Ending a Relationship Complicates the Grief

As hard as it may be, it is always healthier to end a relationship in person and not leave the other person in suspense, and open the way for all types of interpretations and conjectures. When you know you lost someone, whether you wanted to or not, begin the acceptance process. This means to grieve the loss, cry and look for a way to reorganize your emotional world.

People “disappear” because they do not have the wherewithal or psychological strength to end the relationship and they are fully aware of the harm they are causing. But they don’t care. They end it by causing great harm to the other person. After all, this gives them a certain amount of power over the situation. It protects them from suffering any grief, because they choose to ignore it and move on, or so it seems. Inside, they are also hurting themselves.

“Ghosting” is the practice of egotistical and immature people, who feel inferior to the circumstance they are in. They do not have confidence in their own strengths and have probably been abandoned as well at some time in their lives. That is why they do not want to break up face to face. However, by walking all over someone else’s feelings, they are not being honest with themselves. And this, sooner rather than later, will also undermine any future relationships they may have.

Wellness
Love Is Not a Power Struggle, But an Effort in Understanding

Love is not just caring, it is above all understanding. This understanding implies communication, and this is what is lacking in…

Being like bamboo means coming closer to the ancient wisdom of nature itself. It's understanding that taking care of your soul…

Words are powerful. So powerful that they can cause a lot of emotional pain. As if you'd been punched, as if your soul had…

Having excessively high self-esteem is neither positive nor healthy. Being overly confident and overestimating your worth leads to problematic behaviors…

Learning how to miss things is a part of personal growth. Feeling the lasting mark of an absence can be consuming…