Emotional and Behavioral Changes Brought on By a Stroke

Did you know that a stroke can cause emotional and behavioral changes? It's important to be aware of these potential side effects so that they don't go untreated. Want to know what they are? Keep reading. 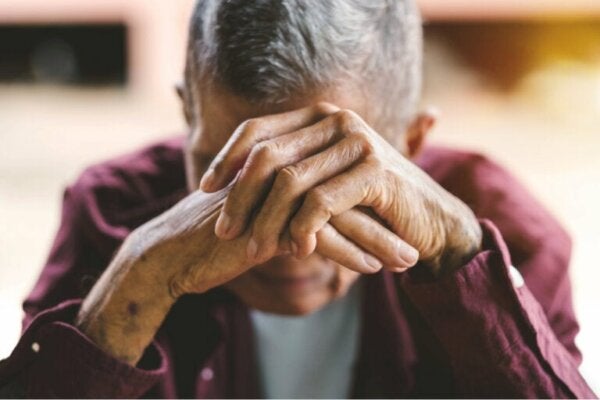 The effects of a stroke can be very serious, and the degree of disability ranges from moderate to serious. However, there are other side effects that people don’t think about as much but are equally important. If they aren’t addressed, they can become debilitating. We’re talking about emotional and behavioral changes that patients sometimes experience after a stroke.

Post-stroke neuro-rehabilitation focuses more on restoring a patient’s motor skills. A stroke can cause hemiplegia, difficulty walking, aphasia, cognitive decline, etc. These side effects are the most common in a broad list of potential problems, and they require a lot of attention. However, if the patient doesn’t get help for their emotional and behavioral changes, their physical rehabilitation might not progress as expected.

A stroke is a sudden interruption or reduction in blood supply to the brain. It causes a combination of physical symptoms and cognitive changes that can be temporary or permanent.

Strokes affect 13 million people worldwide, and hundreds of thousands suffer functional limitations that result from a stroke. Stroke incidence is increasing. However, it’s important to note that 90% of strokes are preventable.

As we mentioned above, there’s a broad range of potential side effects, and some can be very serious. Most people who suffer from a stroke will suffer psychopathologies that arise from the perception of the loss of functional abilities. These changes can actually end up being more debilitating than the physical side effects of the stroke.

The most common types of emotional changes

These symptoms vary from one person to the next, and they can be difficult to diagnose. Nevertheless, the medical system should have adequate procedures in place to ensure timely detection and intervention for stroke patients.

Secondary behavioral changes after a stroke

Adaptive social behaviors require understanding other people’s points of view. This ability is called theory of mind. The lack or reduction of this ability means that you can’t understand the people around you or their needs. This obviously causes a lot of problems in relationships with others.

The importance of addressing these changes

As you can see, the emotional and behavioral changes are natural reactions to the stroke. However, they can have negative consequences for a patient’s recovery. A good attitude and motivation are crucial for success in the rehab process. It’ll be much faster and more positive if the patient is cooperative and willing to do what’s necessary.

To conclude, it’s also important to be aware of the patients’ family or primary caregivers’ emotional state. Caring for a stroke patient can be overwhelming and often affects caregivers’ psychological health. Making sure that they’re healthy and have the resources they need is crucial for their own well-being and for the well-being of the stroke patient. After all, there’s no better way to care for others than to care for yourself. As the saying goes, you can’t pour from an empty cup.