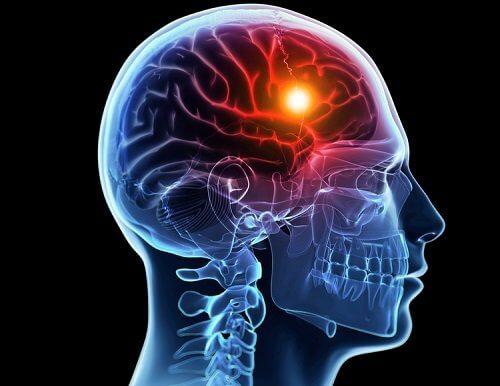 A stroke is a type of cerebrovascular pathology. Strokes represent up to 50% of all neurological diseases. In addition, strokes are the third cause of death in the world after heart disease and cancer.

These neurological alterations caused by a pathological process of the blood vessels cause brain abnormalities. The brain depends on a steady blood flow. Therefore, brain damage occurs when blood flow stops in a certain region for as little as a few minutes. If this problem persists, neuronal necrosis continues and causes an irreversible lesion.

How to detect the damage of a cerebrovascular pathology?

On one hand, doctors and neurologists can use radiological tests to detect brain damage. For example, a CT scan or MRI scan can provide a lot of information about affected brain structures.

In addition, it’s important that a psychologist does a neurological examination. By doing this, you can find evidence that radiological tests can’t detect, such as changes in behavior. Both techniques are necessary for a more complete and rigorous diagnosis.

Characteristics of a stroke

A stroke is a type of cerebrovascular pathology. It forms from a group of heterogeneous disorders in which a vascular mechanism produces a brain injury. The prevalence of stroke has increased throughout recent decades due to increased use of neuroimaging techniques. These techniques have allowed us to increase our stroke detection. Lifestyle choices also increase the incidence of strokes.

The main risk factors of strokes are related to the processes that facilitate the accumulation of fats in blood vessels and their calcification or loss of flexibility. That is, hypertension, cholesterol, diabetes, or tobacco use. Suffering a stroke is more frequent after the age of 60. CVA causes the interruption of blood flow in one part of the brain. This lack of oxygen maintained over a period of time causes brain tissue damage or death.

The symptoms of stroke are usually painless and transient, so they often go undiagnosed. However, their manifestation usually occurs on the opposite side of the body to the affected hemisphere. For example, if there’s decreased blood flow in the right side of the brain, the consequences will tend to manifest in the left half of the body.

In addition, there’s usually a loss of strength or numbness in one half of the body (face, arms, legs, etc.) A sudden loss of vision can also occur, either partial or total in one or both eyes. Difficulty to speak or understand is also common.

The cause of an ischemic stroke is the interruption of blood flow due to a blockage of the blood vessel. A clot circulates through the blood vessel in the direction of the brain. It anchors at some point in an artery and causes an obstruction. When less blood is present in the brain, there’s also less oxygen. This causes damage in the area with insufficient blood flow.

The causes of this type of stroke are the lack of systemic irrigation, thrombosis, or embolism.

Hemorrhagic strokes are more severe because spilled blood can also cause brain damage. In this case, the hemorrhage itself is a damaging factor. An artery becomes weak and ruptures, which causes the stroke. Aneurysms and hypertension are two mechanisms that can make a vessel rupture.

The prevalence of cerebrovascular accidents is currently 3.5% of the population over 64 years of age. From 65 to 74 years, there’s a greater chance of stroke in men. However, after the age of 75, the risk increases significantly amongst females.

Egocentric Language – What Does It Mean?
Many kids under 6 years old seem to have a spontaneous, egocentric language that influences their development. Check out this article to learn more! Read more »
Link copied!
Interesting Articles
Experiments
Optography: The Macabre 19th-Century Science

Culture
What's Doomscrolling and Why Should You Stop?

Psychologists all over the world are noticing an alarming trend in technology that has serious mental health consequences. Doomscrolling refers…

Cinema, Television, and Psychology
The Bar: The Absurdity of Human Nature

Culture
What are the Causes of Gender Inequality?

Culture
The Pressure of Turning 30: Can We Talk About a Crisis?

Each vital decade comes with new changes, challenges, and experiences, as well as new obstacles and goals. In this sense, the…