Hemineglect, or How Half Your Body Stops "Existing" 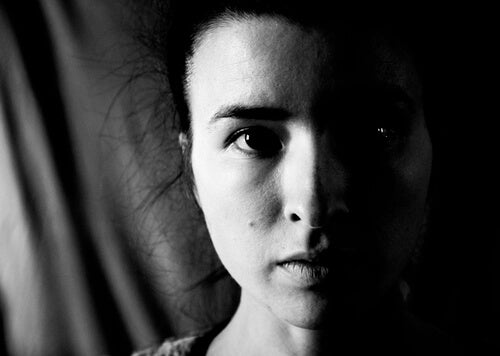 Have you ever heard of hemineglect? It’s a kind of disturbance that’s very common in people who have had some kind of brain damage. If you look at the root of the word, you might be able to guess what it means. But there are a lot of different kinds of hemineglect.

The prefix “hemi” means a half of something. In this case what it’s talking about is your field of view. The word “neglect” means an oversight or lack of attention towards something. This could lead you to make mistakes that could be dangerous for you and the people around you.

If you bring this concept over to the world of brain damage, you’ll see that hemineglect means a lack of attention in one half of your body. More specifically it means that there’s a complete lack of attention towards every kind of stimulus (hearing, touch, sight…) that might occur on that side of your body.

It’s almost like the people with this condition aren’t seeing what happens on that side of their body. It’s strange to notice, but that’s the feeling you get when you’re talking to or observing a patient with hemineglect.

The truth is that they can perfectly perceive the stimulus in front of that field of view. The problem is more with their attention. They don’t pay any attention to that part of their body. It’s like it stopped existing. But when you get them to focus their attention on that side they end up perceiving it perfectly. It doesn’t matter what kind of stimulus it is, they’re conscious of it.

When you damage the right side, the left side feels the effects

Hemineglect normally happens with brain damage linked to the right hemisphere. Or at least that’s more common. This means that it will affect the left side of the body. That’s the side that anyone with the condition will stop paying attention to like it doesn’t exist anymore. They won’t turn towards their left and aren’t able to respond to any stimuli coming from that area.

Patients with hemineglect only focus their attention on the side they control with their healthier brain hemisphere. Most of the time, that’s the right half. It’s common to feel like these patients aren’t listening to you when you talk to them from their left. But this completely changes when you say the exact same things, except now on their right side.

“Oh, I didn’t see you! I’m so sorry!” That’s the most common reaction when something like this happens. That’s why one of the things neuropsychology does is work on their completely “damaged” attention. How does it do that? Well, by helping them redirect their attention to the hemisphere contralateral (opposite) to the wound.

You also have to increase their awareness of the fact that they have this deficit. That’s because a lot of the time hemineglect comes along with anosognosia. It’s a phenomenon where the patient isn’t aware of their issues.

And that’s why you have to help them become aware their issue. That way they’ll be able to compensate for it and become their own guides when they can’t find what they’re looking for. The thing they can’t find is probably on their left side, the side that “stopped existing.”

Emotional Illiteracy: When Your Brain Has No Heart
So many people suffer from emotional illiteracy. They may have all kinds of other skills and plenty of titles and degrees, but they have the emotional processing ability of a three-year-old. Read more »
Link copied!
Interesting Articles
Psychology
Signs of Depression in Men

The range of human emotions knows no gender. However, many people think that chronic sadness and depression only affect women. There is an assumption that depression is a sign of weakness…

Psychology
How To Reshape Your Relationship to a Spoiled Child

No parent wants a spoiled child, that's for sure. But things don't always turn out so well. They say the…

Calculated silence sometimes is a form of passive aggression. It's defined as a measured way of using communication in which silence…