Most of Elliot Aronson's books describe the patterns, motives, and effects of propaganda in modern society, as well as how you can protect yourself from that manipulation. 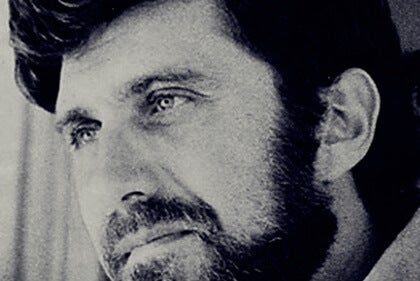 Elliot Aronson is one of the most well-known social psychologists. He’s famous for his research on cognitive dissonance and the invention of the jigsaw classroom. The latter is a cooperative teaching method that reduces hostility, racial conflicts, and prejudices. Also, it helps facilitate the learning process in the classroom.

It’s worth noting that Aronson is the only person in the history of the American Psychological Association (APA) to have won all three of their main awards. In fact, he was recognized by APA for his work as a writer, teacher, and researcher. In 2007, he also won the William James Fellow Award for a life dedicated to psychological science.

Aronson is a man with humble roots. His work involves a myriad of subjects, such as prejudice, energy efficiency, justice, conflict, communication problems, and teaching challenges. He’s still going strong at the age of 87, despite the fact that he lost his eyesight about twenty years ago due to macular degeneration.

He’s often seen with Desi, his Labrador guide dog who accompanies him to conferences. He’s also an inspiring role model for the thousands of students, researchers, writers, and teachers who look up to him.

“The American mind in particular has been trained to equate success with victory, to equate doing well with beating someone.”

One of the most notable social psychologists of the 20th century

Elliot Aronson was born in Revere, Massachusetts, on January 9th, 1932. As we mentioned above, his origins are very humble. In fact, he came from a problematic and poor family. As he’s explained on more than one occasion, he was barely able to pay for college. During some semesters, he had to sleep in his car.

Everything changed when he accidentally attended one of Abraham Maslow’s classes. After that experience, he decided to stop studying law and concentrate solely on psychology. He got a scholarship, and Maslow himself became his mentor. Elliot Aronson went on to get his doctorate at Stanford University. Leon Festinger was his thesis advisor.

Aronson started working as a professor right away. He taught at Harvard, the University of Minnesota, and the University of Texas. Later on, he also became a prominent figure at Stanford. For more than 50 years, the main goal of his career has been to help people get along better and improve society’s humanity.

Aronson’s approach to that challenge has been to help understand and reduce prejudice, discrimination, and social inequality. He’s dedicated his life to research and education and has a fierce and passionate determination. As a result, he made it onto the list of the 100 most influential psychologists of the 20th century, according to Review of General Psychology.

Leon Festinger, Aronson’s professor, laid the foundation for cognitive dissonance. He described it as that psychological discomfort you can experience when your internal beliefs, values, or ideas contradict each other.

Elliot Aronson explored that topic in greater depth. His experiments showed that people make an effort to try to seem rational in spite of the fact that their ideas and behaviors are often contradictory.

Here’s an example. Let’s say you’re a smoker. You know very well that smoking can lead to serious illness or even death, but you keep smoking. These two contradictory ideas result in cognitive dissonance. In order to reduce that discomfort, you may engage in behaviors that’ll help end that psychological state. Either you’ll quit smoking or you’ll tell yourself that those beliefs about smoking being dangerous are false, and nothing is going to happen to you.

In 1971, Aronson created the jigsaw classroom as a way to teach cooperative learning. His impetus was the ethnic and racial conflict that was happening in many Texas schools. His method involved dividing students from a variety of races and with different skills into small, heterogeneous groups. In their groups, the students have to reach certain goals together. Those goals, ultimately, have an impact on the entire classroom.

His most well-known book: The Social Animal

In The Social Animal, Aronson artfully and profoundly explained how a person or a group develops prejudices towards another ethnic or racial group. This book is a treasure that helps us better understand human social behavior.

Key lessons from The Social Animal

In conclusion, Elliot Aronson encourages people to understand and reflect on this important idea: before you decide to be part of a group, make sure that their ideas, words, and actions resonate with your beliefs, values, and understanding. Avoid stupidity and inhumanity, and anything that pushes people away from each other.