The Differences Between Stereotypes and Prejudice 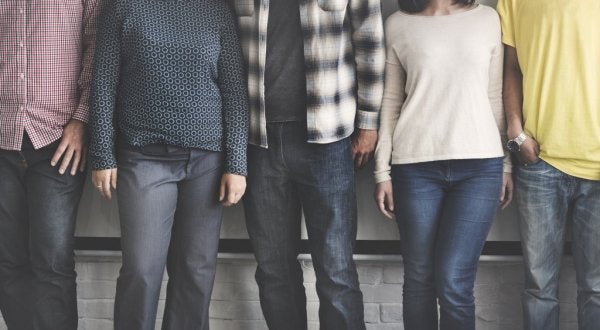 Before we talk about their differences, we should begin by defining these two words. Stereotypes are beliefs that we have about the characteristics of a group. The word prejudice refers to negative assessments of those groups. The former is more related to the cognitive part of the brain while the latter is more related to the emotional part. Stereotypes arise from having general knowledge about a group while prejudice comes about when we attribute those general characteristics to each of the members of that group. When we’re prejudiced, we make inferences that facilitate the acceptance or rejection of that group.

Stereotypes reduce our mental energy expenditure. This is because forming groups and assigning similar characteristics to groups make it easier for us to “know” and “understand” those people. Stereotypes save energy and don’t always have to be negative. What we should keep in mind is that stereotypes are generalizations and make reference to broad characteristics that in no way represent a full picture of that group or individual.

An example of a stereotype could be the belief that all Southerners are funny. We may also believe that people in the North are more liberal or that all Texans talk with an accent. These are large groups that we have assigned or attributed certain characteristics to. The problem is when we think that stereotypes are always true.

Prejudice, on the other hand, speak to us and are a part of a negative attitude. Just as we said that having stereotypes is a normal and social response, prejudice implies a negative connotation. To continue with our earlier example of believing that all Texans have accents, the negative prejudice would be that they aren’t educated in proper English.

This idea begins with a stereotype. In our brain, we apply the stereotype to a group and give it a negative connotation. That creates a prejudice against that group. If we take this process a step further, we have discrimination. Discrimination incorporates both the stereotype and the prejudice.

What role do stereotypes play?

Social psychologists have studied stereotypes, how they arise, and the differences that exist between prejudice and discrimination. These are the cognitive functions that stereotypes fulfill:

Is it possible to limit stereotypes and prejudice?

If we understand that stereotypes emerge as a cognitive function, thus facilitating grouping and social understanding, we can benefit from them. However, what happens when stereotypes limit us? Well, this happens when they keep us from discovering that these projections about people aren’t always true. If we stop to observe groups and individuals more closely, we’ll find many differences.

Limiting stereotypes and prejudice is possible if, instead of judging, we just observe.

Stereotypes don’t exist to limit us. Rather, what we have to do is limit them and handle them carefully. While they do help our brain become organized, they’re not always right. Stereotypes, as we have seen, are the starting point of prejudice. If we can limit stereotypes, we can, therefore, limit any prejudice.

Changing a stereotype or a prejudice is only possible if we approach the group and try to observe it without applying filters or trying to confirm previous ideas. Rather, we should try and put them to the test. We should devote our efforts to focusing on ideas and situations that counter what we previously thought about that group.

Literature and Psychology
Two Stories for the Soul

We often go through difficult situations in which we can find no consolation in the people around us. Full of doubts and with no support that we can turn to, we…

Culture
71 Random Questions that Will Make You Wonder

Are you looking for random questions to surprise a certain someone? You've found them! You're probably aware that the art…

Culture
The Four Most Common Headaches

Headaches are one of the most common sources of discomfort. Although their cause may be uncertain, their symptoms can indicate the…

According to some studies, animal-assisted therapy is one of the best non-pharmacological treatments that most benefits Alzheimer's patients. There are…