You Deserve the Love You Give to Other People 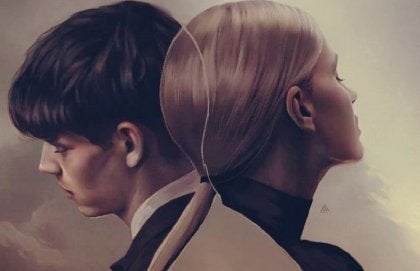 Almost everyone has been told at some point that if you want to attract people you have to do “nice” things for them. That’s how you get started on a behavioral pattern full of all kinds of small details, favors, preferences, gifts, flattery, etc… You know that affection comes from attention, but there are times when you go past your own limits.

We’re not just talking about courtship. The world is full of people who give endlessly. There are so many people who don’t realize the massive costs of offering up your entire soul without getting anything in exchange. These are people who commit to others with every fiber of their being. They do it thinking that it’s more than just a worthwhile investment: it’s the meaning of life. But when it comes to affection, making extreme sacrifices isn’t always a good thing. It has its consequences and it can take a severe toll on your mental and emotional health.

“The manner of giving is worth more than the gift.“

You deserve real love, not some cheap replacement

When you take care of something, it thrives. Plants are a great example of how true that is. Look what happens when you put them in the sunlight, fertilize them, remove their old leaves, and move them to bigger pots so that they can expand their roots. Attention, concern, and affection make you grow in every sense of the word, and in every direction. Just as the gardener takes care of their plants, you can’t forget to take care of the gardener. They need attention and care too. That’s a small detail that so many of us forget.

There are people who have gone decades giving out their radiant love. They shower people with attention and emotions that they don’t always get back with the same positive energy. In one way or another, they’re people who have accepted a second-rate kind of love. It’s a cheap replacement that doesn’t help you prosper, it actually poisons you. That doesn’t stop these people from doing what they do every single day. Right now you might be asking yourself why exactly they do this, or why people get stuck in one-way relationships. The answer is much more complicated than you might think.

The reason for this pattern of behavior

We could say it’s just a lack of self-esteem, but it goes beyond that. When these people go to therapy, the first thing experts notice is how their internal dialogues flow. The moment they ask them to talk about themselves and who they are, they’ll say things like: “I’m the second of three siblings. You know how hard that can be, no one pays you any attention”. Then there’s “I’m a salesperson. I had to start working right away and couldn’t go to school, you know. I had to give up on many of my dreams…”

What you’ll see a lot of the time is lives that have been cut short. You notice a kind of resigned acceptance and get the feeling that, deep down, they think they simply deserve this black-and-white reality. They fall into relationships that don’t really bring them happiness. They only see them as valid because they don’t think they can get anything better. In their mind, life has always put them second, so they might as well take whatever they can get.

There’s one thing that really stands out about all these cases. These people are able to give everything they have to the people in their life. The act of giving love and attention is the best they have to offer. It’s their greatest asset and, if they didn’t give their all, they’d feel even more frustrated.

Give yourself what you need

You deserve the love you give to other people. Thinking that isn’t selfish, it’s an act of personal integrity and dignity. You’ve spent so long being the only gardener or architect of the relationships that you’ve created the foundations for. You’ve built every single part of them and you’re also the only one making sure the roof doesn’t fall down on your heads. You’re the only one making sure the love stays safe, sheltered away. But you’re stuck outside, and the cold is starting to sink in.

You deserve the love you’ve always dreamt of, but don’t have right now. Like we said earlier, life isn’t a boomerang: you don’t always get back what you give. A lot of the time, the boomerang stops halfway or doesn’t even come back. So stop throwing it. Stop waiting for people to give back what they don’t seem willing to give. Stop putting your energy into an investment that only brings you losses, not gains.

You deserve the kind of love that doesn’t hurt, the kind that fills you up and helps you grow. You should be demanding and feel like you deserve it. There’s no better way to do that than by changing your strategy. Stop being a “giver” and become a receiver. You’re already an expert at giving the wonderful kind of affection that makes people feel validated and important in life, so start receiving that love too. Validate yourself, water your internal garden, and chase after the dreams you gave up on one day. Don’t settle and throw away all that rusty acceptance. Free yourself, then find yourself.

I Promise to Give You Love
I promise to take care of you and make you smile. I promise to give you love, and I promise to never make you feel like you're alone. I also promise to be near you, even if there are miles between us. Read more »
Link copied!
Interesting Articles
Wellness
The Emotional Pendulum: From Being Silent to Screaming

It's not an exaggeration to say that we're a little illiterate when it comes to emotions. We're generally taught how…

Wellness
Five Signs that You're Self-Boycotting

The main sign that you're self-boycotting is the fact that you almost never achieve what you set out to do.…

Wellness
How to Keep Going When Nothing Makes You Happy

Sometimes, you just can't find your path, and it's hard for something to make you happy. Maybe your partner doesn't…