Givers and Takers in Relationships 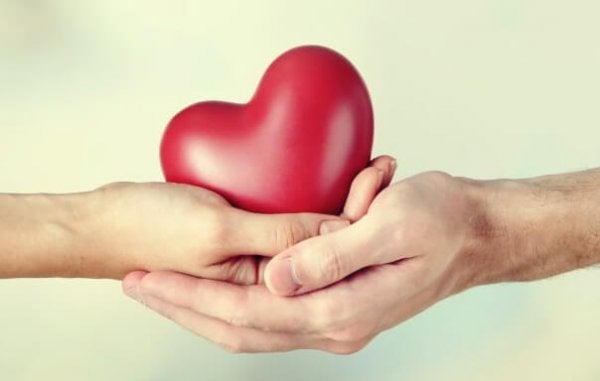 In relationships, there is rarely a perfect balance between giving and receiving. Power dynamics between givers and takers is more common. The taker wins the energy and emotional investment of the giver, who’s convinced that in love there are no limits, that anything goes.

Although the term may seem strange, in relationship and emotional matters true emotional suicide is not uncommon. While there are people who drive cautiously, eat very well, and lead an active life, for some reason when it comes to love they jump off a cliff with no parachute.

But everything doesn’t go, even in love. Making the other person our reason for living, and being everything they may need, want or demand has serious consequences. Givers and takers fall into the most unhealthy extremes, where real happiness rarely takes root.

The cycle of reciprocity as a key to well-being

Friedrich Nietzsche said that offering a gift does not confer any right or obligation to the recipient. We could agree with this statement. However, whether we want it or not there are always small nuances. Gifts are exchanges that involve a certain reciprocity, uniting givers and takers in many ways.

For example, I could give a material gift to a friend. I do not expect (or wish) for him to return it to me. I only offer the gift because I want to honor the affection and support they’ve given me. Therefore, reciprocity already exists between us. It’s a dynamic and proactive balance where both of us win.

In fact, we need that constant feedback loop where we’re both givers and takers at the same time. Why? Because humans are cooperative by nature. It even givese our brain a clear sense of belonging and well-being.

What happens if there is no reciprocity and I become just a “giver”?

There is a very interesting article entitled “Autonomous motivation of prosocial behavior and its influence on the welfare of the helper and the receiver“ (“Motivación autónoma del comportamiento prosocial y su influencia en el bienestar del ayudante y el receptor”), published in the journal of Personality and Social Psychology (Personalidad y Psicología Social) in 2010. Let’s see what it says.

However, two things can result.

Givers and takers in relationships

Ana and Pablo have been together 8 months. Ana is the “giver” and does everything for her boyfriend. She shows him incredible attention and loves to always anticipate his needs. Pablo, on the other hand, lets things just flow. Since he sees his partner happily giving, he becomes passive and even dependent.

This is a small example of what can happen in our relationships and how, little by little, we turn into givers and takers. Sometimes, we ourselves foster dynamics that later crystallize into dysfunctional relationships. Therefore, it’s not a question of pointing fingers, but of understanding this:

Finally, there’s no need to be obsessed with a 50/50 split between givers and takers. Profit and loss in a relationship needn’t be measured to the penny. We give to people in very different ways and at different times.

The important thing is that there be reciprocity, that we’re there for each other and that what we offer from the heart is received by grateful hands and returned with interest when we need it most.

This Emotional Short Will Teach You a Lesson in Generosity
Read more »
Link copied!
Interesting Articles
Romantic Relationships
You, Me, and Our Committed Relationship: 1+1=3

True love doesn't think about age differences; it's about passion, attraction, and sharing the same values and a life project.…

Romantic Relationships
Why Can't You Stop Thinking About Your Ex-Partner?

Why can't you stop thinking about your ex-partner? Sometimes, you'd probably just love to have a button that would simply…