4 Types of Internal Dialogue You Should Avoid 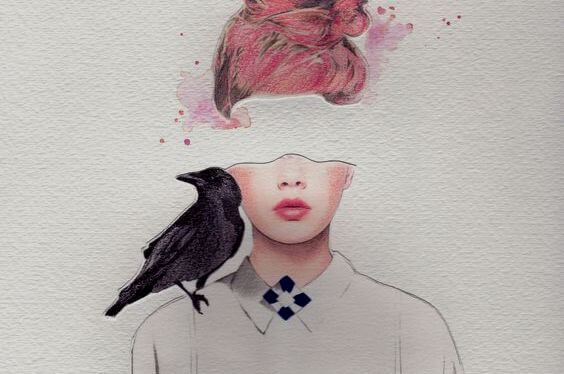 Everybody goes through painful moments and unexpected negative situations that they need to overcome. However, these experiences can lead some people to develop a negative internal dialogue. This isn’t ideal in any circumstance, but it’s even more dangerous when it threatens to become a permanent habit.

Nobody is exempt from facing problems that they can’t solve, whether it’s because they’re too complex, or because they don’t have the right tools to resolve them. Under these circumstances, if you evaluate the problem as important, it’s normal for anxiety to appear, as the challenge has transformed into a threat.

“History is nothing but a dramatic dialogue between man and the universe.”

In disorders like these, it’s common to have internal dialogues that reinforce negative ideas and bring the person back to the painful experience that they still haven’t been able to overcome. The worst part is that when faced with each new experience that reminds them of what happened, they start to react negatively because they consider it to be potentially dangerous.

Anticipatory anxiety is the main component of this kind of thought pattern, once it’s been established. From that point on, the person repeats distorted thoughts which intensify the initial anxiety until it becomes intolerable.

A dialogue that escalates

When a person is in a state of anxiety, they tend to develop a catastrophic internal dialogue. This view of life is the product of an altered and therefore distorted emotional state. The danger is that if they don’t correct this dialogue quickly, it can become a vicious cycle that gets worse over time, and can even lead to a panic attack.

The symptoms of a panic attack include pressure on the chest, irregular heartbeat, dizziness, sweaty hands, and palpitations. In biological terms, this is a normal mammalian reaction to a threat. The person suffering perceives a situation that they can’t control, and without realizing, their internal dialogue reinforces these negative and catastrophic ideas. Thus, they lose control and enter into crisis mode.

Panic attacks can escalate and become extremely severe. However, when effective measures are taken at the first sign of symptoms, the crisis can be stopped and the person can leave the cycle of negative thought. This is possible because these negative thought patterns are learned, and therefore, can be changed.

Specialists in the field of psychology have classified 4 types of internal dialogues that can trigger anxiety: catastrophic, self-critical, victimizing, and self-demanding.

Making ourselves aware of these types of internal dialogues is a great first step towards regaining control and preventing a negative perception of yourself or your environment, which would only trigger a state of anxiety.

However, real change involves detecting those negative thoughts and replacing them with positive affirmations. It’s important to control your breathing, relax, and face the situation calmly. Pessimistic and self-destructive attitudes are self-perpetuating.

It isn’t easy to change these reactions to things you consider threatening, but it’s the same as when you want to change a bad habit, like quitting smoking: it requires determination and effort, but in the end you can achieve it if you’re committed to it.

Thoughts Destroy, but They Also Heal

Psychology
How to Give Someone Bad News