Description and History of Systemic Therapy

Systemic therapy promotes the use of brief treatments, contextualizing people, and understanding the mind as something relational. Thus, knowing its history will help you understand its foundations. 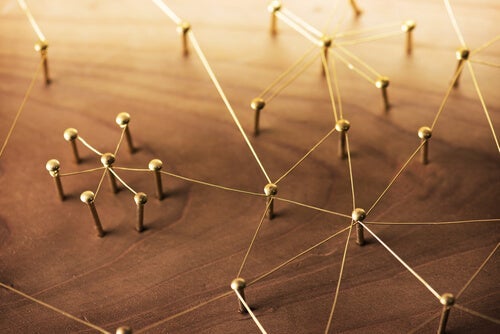 The history of systemic therapy is important because many psychologists use it in individual, couple, and family therapy, as well as in research. One must know its history in order to understand how it works and the relevance of its concepts.

The most innovative part of systemic therapy is the understanding of the mind as something relational. Something representing a difference regarding traditional currents that understood the origin and treatment of illness as something exclusively individual. In turn, this change entailed the transfer of the focus of intervention from the individual or the intrapsychic character of the disease to the environment or the interactional character.

The main characteristic of the history of systemic therapy is that it’s non-linear and consubstantial to the constant interactions among its members, like no other model in psychology.

“For “I” to become “we” and yet remain “I,” is one of the greatest challenges of marriage.”

The history of systemic therapy

Prior to the development of systemic therapy, Rogers contemplated the inclusion of other family members in the intervention in 1939. This was due to the necessary aim of Rogers’ psychology to increase understanding in a given individual in order to get better results.

The first family associations emerged in the United States in the late 1930s and early 1940s, under the name AAMFT (American Association for Marriage and Family Therapy), and are still open today.

Psychoanalysis in the first half of the 20th century pointed out the importance of family relationships in the genesis of neuroses. It made contact between the therapist and the client’s family obvious. It could only increase the chances of violating the abstinence rule for Freud.

For his part, Adler emphasized the role of sibling relationships in the development of an individual. It included the concept of family constellations: the weight of the birth order of siblings in their psychological development.

The change that produced the shift from the intrapsychic to the interactional paradigm originated in social psychology and the contribution of symbolic interactionism. Furthermore, its ideas had an impact on neo-psychoanalytic theories. It took into account the current psychosocial environment in the origin of neurosis. Also, it covered phenomena beyond the scope of psychoanalytic approaches, such as psychosis.

The anecdotal emergence of family therapy

The idea of psychotherapy with family members stemmed from a misunderstanding between Bell and Sutherland. He explained Bowlby’s attachment styles during one of his visits to England.

Upon his return to the United States, he began to use joint interviews for the treatment of children’s problems and had excellent results.

The history of systemic therapy in the 1950s

The most relevant beginnings of family systemic therapy are due to the anthropologist Gregory Bateson and his team at Palo Alto Hospital. Between 1952 and 1962, he conducted research with psychotherapists and communication theorists. In fact, they all arrived at the elaboration of the theory of the double bond, considered now a milestone in the history of psychotherapy.

Bateson’s contributions were fundamental for the beginning of systemic therapy. They were also innovative in the history of psychotherapy. This is because they considered the mind relational, not an individual characteristic.

The theoretical foundations of the systemic paradigm were influenced by the emerging disciplines of the time, such as cybernetics, human communication theory, ecology, and systems theory.

Development and expansion, starting in the 1960s

The development of systemic therapy took place in the 1960s. Jackson and Ackerman founded the journal Family Process, considered a scientific communication organ of systemic therapy. Together with Virginia Satir and Riskin, Jackson created the MRI (Mental Research Institute) in Palo Alto. It was led by Gregory Bateson, later joined by the author of the theory of human communication, Wazlawick, Weakland, and Sluzki.

In the 1970s, Milton Erickson, creator of modern hypnotherapy, joined this team while Haley spread his method. Also around this time, Salvador Minuchin, encouraged by Ackerman himself, conducted a research project with families of low social status and delinquency problems. This made it possible to carry out a structured style of family therapy. This is the structural school today, which proved to be perfectly integrable into the systemic framework of the first Palo Alto school.

Based on the work done at the Palo Alto Institute, the study of the patterns of communicational interaction in the processes of change is contemplated. All the while analyzing how to make treatment more efficient with fewer sessions.

This line of research arose in 1967 in the Brief Family Therapy Center, led by Fish and integrated by Watzlawick, John Weakland, and Segal. Its purpose was to investigate brief family therapy.

The brief treatment of ten sessions, without pathogeny selection and focusing on the problem, the use of active and directive techniques, gave rise to the problem-centered treatment model. Its main characteristics were people’s complaints, lack of family organization, and the development of insight. They considered problems interactional and maintained by ineffective attempts at a solution. The problem is the attempted solution, for example.

The second school of systemic therapy is Solution-Focused Brief Therapy (SFBT). This school arose at the Brief Family Therapy Center in Milwaukee. It happened through Shazer and Insoo Kim Berg, who moved away from focusing on identifying patterns of interaction. Mainly, around the complaint to interrupt the problem-sequence, as promoted by MRI. It focused on what worked for the person in order to identify and amplify solution sequences.

History of systemic therapy, the European schools in the late 60s and early 70s

At the end of the 1960s, various lines of research began to take hold in Europe. Laing traveled to Palo Alto and consolidated the systemic model research line at the Tavistock and Portman NHS Foundation Trust in London, upon his return.

In 1967, Selvini-Palazzoli and his team formed a family therapy research center. It had wide repercussions for the entire international psychotherapeutic movement. They considered the Milan school as the third one of reference. Later, in Germany, they created a clinical service of psychosomatic medicine and family therapy, led by Stierlin at Heidelberg University.

Andolfi and Cancrini, in turn, took up the systemic model and created another path of systemic family therapy, giving rise to the school of Rome. All these schools maintained constant exchanges and relationships, and one can divide them into three according to their theoretical and practical foundations:

These include the Palo Alto school, Jay Haley’s strategic school, and the Milan School. The therapy focuses on problem-solving. The family unit is the object of intervention. It considers the individual a member of the family system. In addition, the family is an open system. The rules that constitute metaphors elaborated by the therapist to denote sequences of behavior in it govern it.

Moreover, the family system acquires these rules over time by trial and error. These aren’t negative per se but are so when they become rigid. Also when people use the same solutions compulsively and repeatedly, giving rise to symptoms.

The systemic therapist has to discover the functioning of these rigid and redundant rules. All in order to modify those that aren’t useful for the system. They focus on problem-solving and, therefore, on the here and now. Unlike the following orientations, the therapist intervenes from the outside, as an observer.

The history of systemic therapy

The goals of therapy aren’t only to solve a problem, but also to modify the family structure. This is so that the structure can still be useful if problems arise again. The ecological perspective is the main characteristic of this orientation.

Ackerman integrated this orientation into his contextual therapy. Whitaker in his symbolic experiential family therapy and Robin Skinner in his group-analytic orientation.

The family individuals each have their own identity and personal history. Thus, the illness responds to the laws governing interpersonal relationships. They don’t fail to pay attention to the family and consider the individual in the foreground. This is a systemic individualistic perspective, though. No doubt it’s the constant relationship between its different schools, its more practical and innovative conceptual character, and the quality of its research that characterizes the history of systemic therapy,

Systemic therapists don’t limit themselves to their own schools of thought. They actually have knowledge of the contributions and techniques of the various ones. A constructivist and integrative perspective predominates for the most part.

Currently, the systemic paradigm is the most widely used in family and couple therapy. In fact, the fields of health, social assistance and welfare, organizations, school problems, and social networks have used it in recent years.

Everything You Need To Know About Systemic Therapy
In systemic therapy, what's important is the relationship: the process of interaction between people and not so much observation of the isolated individual. Read more »
Link copied!
Interesting Articles
Therapies
Wessler's Cognitive Analytic Therapy

George Kelly developed personal construct theory, as well as the technique of fixed role therapy. According to this approach, you build…