Beyond Freud - Psychoanalysis Schools and Authors 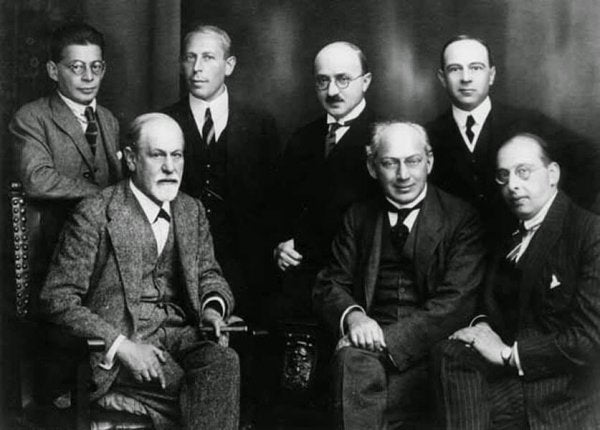 People are always trying to practice psychology, because, like Skinner said, the truth is that politics won’t save us. Only learning more about ourselves will have any chance of doing that. We’ve evolved as a species almost by trial and error. We haven’t made much of an effort to separate out all the things that people thought were true at the time, but weren’t.

That’s why we’re going to analyze what some people consider one of the first formal approaches to psychology. People often attack and look down on it, but this approach and its interest in analyzing specific clinical cases sowed the seeds for this fascinating science to blossom.

The beginning of psychoanalysis – Sigmund Freud

The amazement Freud and his work is as broad as it is widespread. Nowadays a lot of people say he did nothing but speculate. They say he was far away from the true light of the scientific method. But other people saw him as a visionary who figured out how to look at human beings and their problems from a revolutionary point of view.

Freud was the first person to take a serious approach to human subjectivity, which was revolutionary. What sets us apart, why we behave in one way and not another. At the same time, he tried to figure out the root cause and fuel for neurosis.

He gave explanations like the Oedipus complex, fear of castration, or that the root of all psychological problems was caused by misplaced sexual libido. These are now all completely excluded from serious, scientific studies of psychological theory. That’s because most of these explanations talk more about the disorders having origins in childhood than about observations of an adult patient.

But we have to be thankful to Freud for his extremely detailed descriptions of clinical cases. And also for his identification of certain unconscious phenomena, like suggestion, the law of attraction, resistance, or transference and countertransference. All of those are now very well developed in the world of therapy.

Adler was one of the first people to disagree with Freud. This is because he believed more in an end theory of behavior than a causal one. The truth is that a lot of our behaviors are motivated by their end goal. But there are also a lot of behaviors where this isn’t the case. Just think about a boy whose parents tell him to clean his room. The end goal is the clean room, but the cause is that his mother told him to.

On top of that, Adler believed in the strength of the ego, but Freud thought our ego was “naturally” weak. He talks about an individual lifestyle based on early family relationships, family values, and family constellations. Adler doesn’t talk about individual development as a response to sexual libido. Instead he talks about a desire to be able to overcome our bodily inferiority.

And Jung also disagreed with Freud, specifically about his concept of the subconscious. Jung thought things went beyond the individual. His idea meant a much wider vision when it came to understanding the process of individualization. He talks about different collective archetypes and psychological types. He’s a fascinating and worthwhile author to read.

“Loneliness does not come from having no people about one, but from being unable to communicate the things that seem important to oneself, or from holding certain views which others find inadmissible.”
-Carl Jung-

When it comes to ego psychology, another branch of psychoanalysis, there are people like his daughter, Anna Freud. Other important figures are Melanie Klein, Erik Erikson, and John Bowlby. This group puts special emphasis on the ego. They especially focus on interpersonal relationships as the thing that leads to our creation of an ego.

We want to highlight a couple authors. First there’s Melanie Klein, who developed a theory of play. And then there’s Winnicott, whose theory of transitional objects has been widely studied and validated.

Anna Freud stands out in this psychoanalytical current for her famous defense mechanisms. These are: repression, regression, reaction formation, undoing, introjection, projection, isolation, turning against oneself, and transformation into an opposite, or sublimation.

“Creative minds have always been known to survive any kind of bad training.”
-Anna Freud-

Erik Erikson also won a lot of fame and prestige when he described the stages of the ego. This theory is widely accepted for its clinical usefulness. In Erikson’s framework, human beings have eight stages, and their opposites. These stages are: trust/mistrust, freedom/shame, initiative/guilt, productivity/inferiority, identity/confusion about role, intimacy/isolation, creativity/stagnation, integrity of the go/desperation.

To conclude this point, we’ll end with John Bowlby. His theory of attachment was hugely influential. It’s a widely accepted theory people use as a reference point to understand how children connect to their role models. It also explains how these important relations and the dynamics they create are the basis for the rest of our relationships as we grow up.

Other authors and psychoanalytic developments

It would be impossible to describe the wealth of psychoanalytic schools that have come about over time. But it’s definitely worth naming a few of the most important and influential ones:

We can choose to accept Freud’s thinking or not. What we can’t deny is that his thinking started a revolution in the way we understood our actions and the motivations behind them. It also meant a wake-up call, opening up the path for an idea that we all have in mind nowadays.  We have memories of our distant past, whether conscious or unconscious, that condition our current behaviors.