The 9 Most Famous Psychologists in History 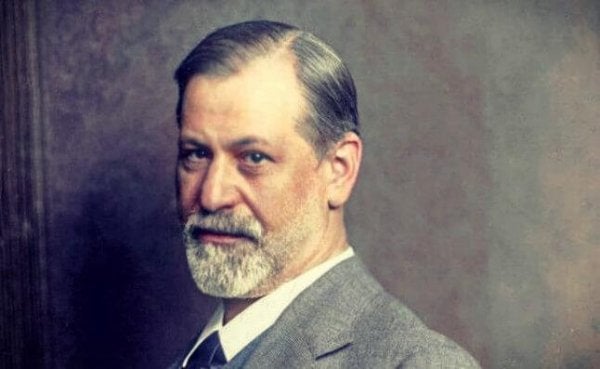 These are the founders of history’s great psychological schools. Thinkers who have made fundamental contributions to science and who have played a major role in the development of human thought and knowledge. We’re talking about the 9 most famous psychologists in the history of psychology.

They are scientists who marked a before and after in psychology. We still study their lines of thought, and they’re still the object of research applications in the clinical field. Now here are a few snapshots of the careers of the most famous psychologists and their most important contributions to the science.

First on our list, this physiologist, psychologist and philosopher developed the first laboratory of experimental psychology, in Leipzig (Germany) in 1879. He is famous because his laboratory marked the beginning of a new period of psychology: the scientific stage.

Wundt was the architect of structuralism. He concerned himself with banishing philosophy from psychology because he believed that it should focus on studying measurable things and the structure of the mind. He was interested in evaluating mental processes and investigating sensations, ideas, attention and emotions.

In contrast to Wundt’s brand of psychology, William James’s functionalism emerged in the United States. The philosopher pointed out the importance of knowing the mind’s functions that allow it to adapt to its environment.

William James delved into the concept of intelligence, which led to the birth of psychometrics as a science. It studies the use of tests for measuring the human mind.

Pavlov was an experimental physiologist greatly influenced by Russian reflexology (a clear antecedent of behaviorism). Without a doubt, he is currently considered one of the most famous psychologists in the world. He defended an objective and rigorous experimental methodology. He fled from the lines of thought at the time that, as Wundt also thought, could not be measured.

Many consider him the father of classical conditioning because of his research on the animal digestive system, especially dog’s. His discoveries led him to formulate the law of temporal contiguity, or the conditioned reflex.

This Jewish Austrian doctor and neurologist is considered to be one of the greatest intellectual figures of the 20th century. Besides being the father of psychoanalysis, his theory of the unconscious remains one of the most important milestones in psychology.

Freud was the first scientist to speak about emotional traumas, sexual stages of development, mental conflicts, the dark triad, and the meaning of dreams. He set a precedent in his revolutionary approach for studying the mind and personality.

In the 30’s, while behaviorism totally controlled psychology, two schools focused on developmental or evolutionary psychology. One of them, the Geneva School, had Jean Piaget as its representative.

His main objective was to analyze knowledge development and create a general theory about it. He then created genetic epistemology, the science of knowledge development. Piaget also became one of the most famous psychologists for his contributions to the study of childhood.

Along with Maslow, Carl Rogers was one of the leading representatives of humanistic psychology. Opposed to psychoanalysis, Rogers had a positive view of human beings. In fact, he defended the idea that humans are good by nature. Therefore, they should not be controlled by defense mechanisms, but should be free, to be able to be themselves.

He designed person-centered or non-directive therapy. It was based on the latent and manifest capacity that exists in all people and that allows them to solve their own problems. But people need a specific context in which they can achieve personal satisfaction and full and sufficient functioning.

“…the more I can keep a relationship free of judgment and evaluation, the more this will permit the other person to reach the point where he recognizes that the locus of evaluation, the center of responsibility, lies within himself”.

Skinner  was behaviorism’s primary representative, greatly influenced by Pavlov. He determined the existence of two types of learned responses but focused on the operants. For this, he created an experimental model, a pioneering work in psychology, which he called the operant conditioning chamber.

In contrast to psychoanalysis, he focused on the mechanism involved in reinforcing behavior; he set aside the unconscious. He believed that the consequences of our actions can increase or decrease behaviors.

This variety allowed him to become one of the founders and key figures in humanistic psychology. In addition, he is known for his hierarchy of needs, based on the idea that people realize themselves by satisfying a series of needs ranked according to their urgency.

At 91, this Canadian psychologist can boast about putting together the importance of cognition in relation to behavior, as well as his social learning theory. Bandura came up with reciprocal determinism, in which people, situations and behaviors are mutually interdependent. It was a fundamental advance for cognitive studies.

In addition, his contributions to socio-cognitivism was a genuine approach to personality. It proposes that people are proactive; they self-organize and interpret reality and themselves.

Lastly, the 10th person on our list of famous psychologists in history is up to you! Who do you think earns the spot for their contributions, number of citations or effects of their research? Kurt Lewin? Lev Vygotsky? Erich Fromm?

Beyond Freud – Psychoanalysis Schools and Authors
Freud wasn't the first person to actively listen to people with psychological problems, but his theory of psychoanalysis was revolutionary. Who came after? Read more »
Link copied!
Interesting Articles
Psychology
A Child's Drawing: Stages and Development

Exercising improves our emotional well-being. Putting our bodies in motion makes the brain segregate serotonin, a hormone that's directly related to mood and endorphins (chemical substances that promote the feeling…