When Cruel People Pretend to Be Good 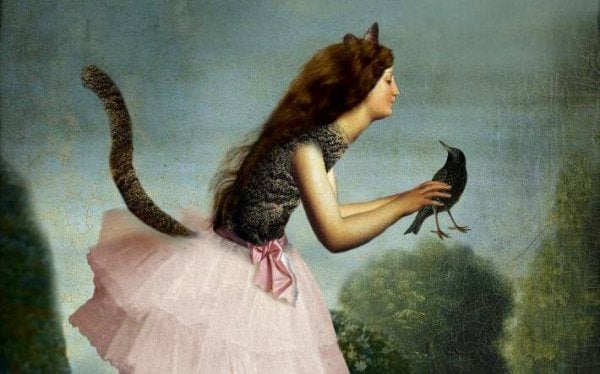 There are many cruel people in the world who disguise themselves as good people. These people hurt and attack others using Machiavellian emotional blackmail based on fear, aggression, and guilt. They appear to be friendly, but beneath that facade they hide ulterior motives and deep frustrations.

They say that people cause harm because they themselves were hurt at some point in their lives. Or that those who have been hurt, will hurt others. However, even though these ideas have a basis in truth, there’s another aspect that we don’t always like to admit. Evil exists. Sometimes, cruel people have certain biological components that incline them towards certain aggressive behaviors.

“There’s no evil more cruel than the kind that grows from the seeds of goodness.”

Scientist and writer Marcelino Cereijido points out that “there’s no such thing as an evil gene, but there are certain biological and cultural circumstances that can promote [evil behavior].” The most complicated part is that we tend to label and pathologize behaviors that simply aren’t found in any diagnostic manual.

Evil actions can occur without the need for an underlying psychological illness. We’ve all met people who fit this type of profile. People who give you compliments and attention, who fit in well, who are socially successful, but who in private, cast a very long, dark shadow. The void inside their hearts is home to cruelty, apathy, and even aggression.

Cruel people and the moral molecule

Like we’ve said, nobody has been able to identify the existence of an evil gene. However, in the last few years, there have been more and more studies on the so-called “moral molecule.” To better understand what it is, let’s put ourselves in the context of a true story. A terrible story that sadly occurs far too often.

Hans Reiser is a programmer from the United States who created the ReiserFS computer file system. Since 2008, he’s been in prison for killing his wife. He had no qualms about pleading guilty and revealing where he buried Nina Reiser’s body. It’s interesting to note that this programming expert is highly intelligent, to the point that he started college at the age of 15.

After going through a quick trial and beginning his sentence at San Quentin State Prison, he decided to prepare his own appeal. Through 5 handwritten pages, he argued that his brain worked in a different way. He knew about the studies that were being done on the hormone oxytocin and used them as an argument. According to him, he was born with a brain that didn’t produce the so-called “moral molecule.” He lacked empathy.

As you would expect, this argument didn’t overturn his life sentence. However, the theme of the origin of evil was reopened for debate. Today, full value is given to the fact that oxytocin is the hormone that makes us “human” in its truest sense. It is the reason why we are respectful and concerned with caring for and empathizing with others.

How to defend yourself from hidden cruelty

In our day-to-day lives, we don’t always interact with people who are as cruel as the person mentioned above. However, we are victims of other types of interactions: false kindness, covert aggression, manipulation, subtle selfishness, harmful sarcasm, etc.

These behaviors can be the result of various causes. Perhaps the person lacks emotional intelligence, or grew up in a a non-emotional environment, or even, why not, has an oxytocin deficit. All of this could determine the presentation of relatively covert aggression. Whatever the reason is, it’s important to remember that aggression doesn’t just refer to physical abuse.

Emotional, instrumental, and verbal aggression are less noticeable because they need to be proven, but we have to defend ourselves against them more often than physical aggression. And we’ll tell you just how to do that.

Knowing how to recognize and avoid cruel people

Anyone can be a victim of cruel people. It doesn’t matter how old you are, what your social status is, or what previous experiences you’ve had. These people inhabit our families, workplaces, and any other situation. But there are many ways to identify them.

Games of domination and covert aggression are very intricate, so you have to act quickly to dismantle the traps and react to veiled threats. The second you feel upset or uneasy over certain behaviors, the only option is to put distance between you and them.

What Goes On Inside The Mind of Psychopath?

Verbal abuse in childhood directly affects children's health. Nevertheless, we're not aware of all of its effects. This is because…

Psychology
In Order To Be Happy, I Make Decisions

We are constantly making decisions, either consciously or unconsciously. We direct our path with the choices we make, from more…

Psychology
The Power of Smiling and Laughing

I smile and I feel good; I make someone smile and it makes me happy. When I smile, I feel…

Psychology
The Link Between Negative Emotions and Chronic Pain

It's pretty easy to see the relationship between pain and feeling bad on an emotional level. Who hasn't bashed their knee and then…

Extensive studies indicate that genetics has a limited influence on a person's well-being. In fact, researchers observed that improving healthy…