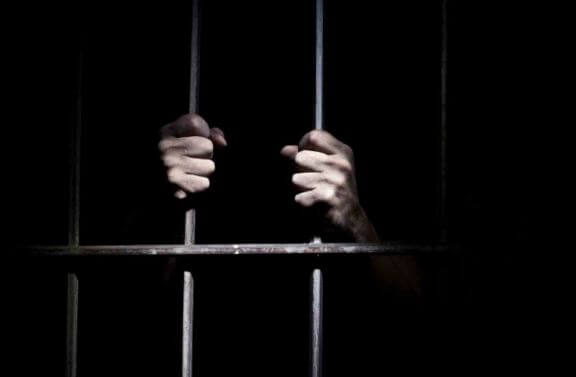 We’re all capable of becoming torturers, the prestigious researcher and psychologist Phillip Zimbardo once said. All you need are the necessary conditions for good people to go bad. This phenomenon is known as the Lucifer effect.

Zimbardo’s assertion is based on the idea that we all have a good side and a bad side. The side that we show depends on which version of ourselves the situation favors.

We should throw away the idea that “badness” is abnormal or even pathological. Nobody is completely good or completely bad. Rather, we’re a spectrum of grays in which sometimes white dominates, and sometimes black dominates.

“The human mind [has an] infinite capacity to make any of us kind or cruel, caring or indifferent, creative or destructive. And it can make some of us do villainous things, and at the same time make others of us do heroic things.”

The experiment that gave rise to the Lucifer effect

Pope John Paul II said that heaven and hell are inside of us, and that’s why we can’t escape from them. You don’t have to be Catholic to understand this statement; it allows us to consider the reality that we don’t always treat others well.

Darth Vader was the ultimate villain until we were able to see that he was a normal human who got carried away by his emotions and ambitions, turning into a villain who was dominated by his dark side. (A side note: the Star Wars metaphor is perfect for explaining the concept of good and evil to children).

Returning to the experiment that originated the concept of the “Lucifer Effect,” in the year 1971, Phillip Zimbardo and his team decided to set up a fake jail in an authorized area of Stanford University.

The volunteers who participated in the study were previously examined to verify their psychological, physical, and emotional stability. They all appeared to be healthy university students who wanted to be a part of such a unique study, and who were aware of what it meant.

Each one of them was randomly assigned to be a prisoner or a guard for an experiment that was supposed to last two weeks. However, after six days it had to be canceled because of everything that was happening in the basement that was turned into a prison.

These people got so in character that they adopted dominating and authoritarian behaviors towards their fellow participants. They hadn’t been indoctrinated into anything, they were simply told that they were prison guards. But the Lucifer effect took power over them…

As it’s explained in the book of the same name, the Lucifer effect occurs as a consequence of situations that favor social power, which drive you down the path of evil.

The majority of us would succumb to the dark side if we were given conditions that favored it, if we were stripped of our identity, and if we were pressured in some way to commit violence and oppression.

The Stanford experiment brought to the big screen

The movie industry wanted to bring this impactful study to theaters, so they produced the movie The Experiment. Here’s a trailer for the movie:

There’s no doubt that human beings have within them both incredible kindness and the most terrifying and sinister evil. We become tired of seeing this day after day on the news.

However, you can prevent evil from settling inside you and redirect your path. Becoming aware of, changing, and even controlling the Lucifer effect is indeed possible.

Link copied!
Interesting Articles
Psychology
Everything You Wanted to Know About Psychologists (But Were Too Afraid to Ask)

Any kind of medical practice is analyzed and put under scrutiny by its patients. Psychology is no exception. Psychologists should "confront" any questions…

Psychology
Improve Yourself Instead Of Criticizing Others

There is nothing more exhausting than listening to someone criticizing everything that moves. Living surrounded by this particular type of negativity makes…

Several authors have a definition of spirituality which goes beyond the religious or even the cognitive. These authors include people…