Creativity Depends on Where You Come From 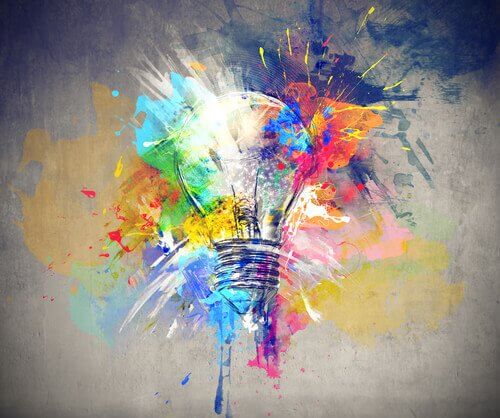 With the “creative class” on the rise, many companies are trying to capitalize on imagination and innovation. But when it comes to creativity, some societies have a faster flow than others.

That’s because creativity links to culture. At least that is what new research from the University of Concordia in Montreal (Canada) suggests.

The recent study, in the Journal of Business Research, compared nearly 300 Taiwanese people, a collectivist society, with Canadians, a more individualistic country.

The results show that people belonging to individualistic societies generate a greater number of ideas, compared with their collectivist counterparts. These comparisons come under the same conditions when evaluating creative production.

The researchers theorized that when a country has individualism versus collectivism, it creates an environment in which creative juices are “allowed”.

“Brainstorming is often used as a proxy for creativity, so we decided to conduct brainstorming tasks using culturally neutral stimuli in Taiwan and in Canada,” stated Gad Saad. Saad is a professor at the John Molson School of Business. of the University of Concordia and co-author of the study.

Thinking outside the box

Saad and his colleagues believed that members of an individualist society would do particularly well in a task that promotes thinking outside the box. For example, trying to come up with a million dollar idea.

On the other hand, members of a collectivist group would not be as willing to participate in such thoughts. They would be more reluctant to stand out in the group.

The researchers recruited students from two universities, specifically from Taipei (Taiwan) and Montreal (Canada). They collected the following data:

When it comes to creativity, quality is better than quantity

‘When it comes to the quality of the ideas produced, the collectivists’ ideas were better than the individualists’.

Saad explains that this is in line with another important cultural feature in some collectivist societies. These tend to be more reflective.  Individualists are action-oriented and think long before committing to action.

The role of creativity in culture and business

Studies like this one are fundamental to understanding cultural differences. This is more and more important as the world economic center moves towards East Asia.

“To maximize the productivity of their international teams, global firms need to understand important cultural differences between Western and Eastern mindsets”, says Saad.

Brainstorming is a technique often used to generate new ideas, such as new products. However, it may not be equally effective in all cultural settings.

Saad also says that, although the individuals of the collectivist societies could provide less creative ideas, the quality of their ideas tends to be as good or better than those of their individualist counterparts.

Being More Creative is an Achievable Goal
Challenge yourself to get more creative. If you do, get ready for an amazing journey that will absolutely be worth it. Read more »
Link copied!
Interesting Articles
Psychology
The Matilda Effect: Women, Science, and Discrimination

Do you know how many Nobel Prizes have gone to men in its 120 years? What about women? The proportion…

Nowadays, there are countless jobs that require contact with other people, such as health-related ones. These jobs, in particular, require constant…