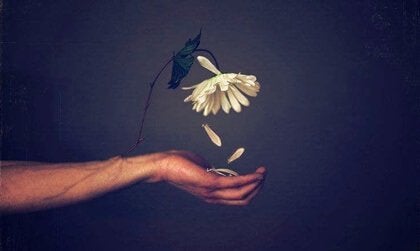 Contempt hurts and demoralizes. It can be a gesture, like a grimace or a frown, that reflects disapproval of what’s said or done at any given moment. Few behaviors are as harmful to psychological integrity as those that end up breaking relationships or forever marking a child’s development.

Although we’re more used to talking and reading about hatred or indifference rather than contempt, contempt undoubtedly represents the most lethal emotion. It’s that weapon of mass destruction that requires sophistication. Whereas anger or indifference may be momentary reactions, contempt is much deeper than that.

People who despise others have a clear intention to humiliate. They seek to ridicule, belittle, and even ignore others. They do so by looking for the perfect opportunity to wound the mind, fracture self-esteem, and forever break the bond of trust.

Contempt is often the order of the day, either openly or discreetly. Be that as it may, there’s one thing we must keep in mind: people who despise show a cowardly behavior nourished by resentment and an absolute lack of emotional maturity.

“If you manage to not despise anyone, you’ll have escaped the danger of many weaknesses.”

The daily contempt that breaks relationships

We’ve all experienced contempt before in one way or another. Maybe it was during our childhood when someone didn’t understand our drawings. Instead, they criticized or even ridiculed them. Maybe one of our parents belittled everything we made, said, or desired.

It’s also possible that we had a relationship with a partner who had that habit. They grimaced every time we made a comment. Or maybe they criticized our tastes, disparaged our opinions, or belittled everything we did or didn’t do. It’s not a coincidence that John Gottmann, a psychologist and recognized relationship expert, announced after a four-decade-long investigation that contempt is undoubtedly one of the factors that causes the most break-ups.

Let’s take a closer look at what usually defines the act of contempt.

The anatomy of contempt

Continuous contempt generates psychological damage and also impacts physical health. The University of Pennsylvania carried out a study in a series of schools and discovered several facts. The first was the effect of contempt on self-esteem. All the students who had been victims of humiliation and contempt had a more negative self-image.

Likewise, contempt, stress, and continued harassment have a serious effect on the immune system. It’s more common for victims of contempt to suffer from colds, allergies, digestive problems, and infections. All of this undoubtedly forces us to address this flaw, this inclination that affects others with harsh words.

Contempt is the most damaging emotion because it invalidates others and causes psychological damage. Contempt shows an absolute lack of compassion and empathy. It generates pain in others and causes anguish and fear. Ultimately, contempt ends up breaking our emotional relationships and makes our children grow up with fear and poor self-esteem.

4 Factors That Destroy a Relationship
Romantic relationships constantly test us. There are many factors that can destroy a relationship. Today we look at a few. Read more »
Link copied!
Interesting Articles
Wellness
Unmasking Psychological Abuse: My Story

A few years ago, I had the chance to live with people who were a lot younger than me. If…

Multifocal intelligence is a theory created by psychiatrist and psychotherapist Augusto Cury. It analyzes how we build thoughts and the…

Wellness
Missing Someone Doesn't Mean You Want Them Back

You can miss someone, you can long for everything you've gone though with a person you loved. You can wish…

Wellness
5 Sensational Phrases To Help You Love Yourself

Do you have any idea how critical you are towards yourself? Maybe every time you look in the mirror, you say…