The Relationship Between Anxiety Disorders and a High IQ 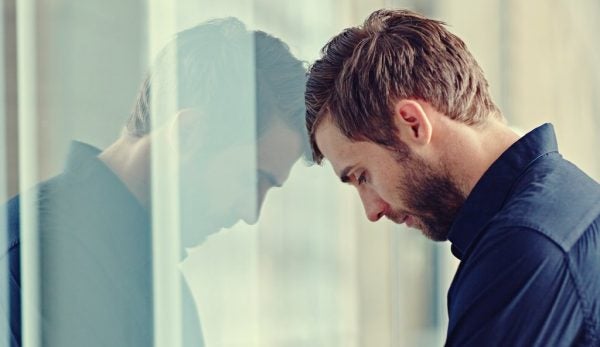 “Ignorance is bliss.” Strangely enough, this popular saying has quite a bit of evidence to support it, at least according to several pieces of research on the links between happiness, anxiety, and intelligence. According to a paper from Lakehead University in Canada, there’s a very striking relationship between anxiety disorders and a high IQ. They have confirmed that there’s an almost direct link between these brilliant, analytical minds and excessive worry and social anxiety.

Not long ago, we talked about the apparent correlation between creativity and bipolar disorder. First of all, we need to clarify something quite important. This doesn’t mean that there’s a psychological disorder behind every person with an exceptionally high IQ or remarkable creative potential. This isn’t the case at all.

There’s a relationship between anxiety disorders and high intelligence, an evidence that has its origin in the cerebral white matter.

Science, and in particular the psychology departments of many universities around the world, have been studying this area. They periodically offer information that could be of interest to us. This information consists of data that contains significant evidence that can help us later in clinical practice. They concluded something very important. They’ve shown that there are many people with high abilities and intelligence levels that behave in a way that seems to not go hand in hand with their highly privileged brains. They’re often not happy due to this fact. It makes them feel frustrated and they don’t always make the best decisions.

There are many psychiatrists and neuropsychologists around the world who have often come across the same problem. They have many high IQ patients who have chronic and generalized anxiety. What’s the reason for this?

The relationship between anxiety disorders and high intelligence

Whoever works in education will often see this phenomenon. There are brilliant students who show a remarkable emotional balance and a striking calmness. Others, on the other hand, quickly become frustrated with any changes that take place. They always expect the worst, and stress fills their lives. So much so that they end up exhausted and their academic performance suffers.

Tscahi Ein-Dor and Orgad Tal are two psychologists from Lakehead University in Canada. They conducted different experiments in several secondary schools and universities. Their aim was to study these particular behavior patterns, patterns that end up hindering the personal and professional success of a good number of students. At one point during their research, they decided to also include an MRI scan. It was then that they discovered something remarkable and quite unexpected.

The connection between anxiety disorders and a high IQ and intelligence could be explained by a small cerebral anomaly in the brain’s white matter. This structure, formed mostly by myelinated axons, is related to the transmission of information. It determines our intelligence and the capacities of our cognitive processes. In turn, it also plays a part in our emotions.

Some scientists think that as intelligence was developing in human beings, so was anxiety. This had a very specific purpose: to anticipate dangers. In that way, our ability to analyze and process information would help us to improve our chances of survival by anticipating risks and threats. Obviously, when we become overloaded with anxiety, then intelligence loses its potential because the person feels literally paralyzed.

Characteristics of people with a high IQ and anxiety disorders

This small anomaly or variation in the cerebral white matter doesn’t mean that every person with high IQ or intelligence will develop an anxiety disorder at some point in their lives. There’s simply a greater risk. They’re more susceptible to not being able to control their emotions in stressful situations. Here are some typical characteristics of people who do have this relationship between their intelligence and their emotions:

At this point, the question is almost inevitable. How can we deal with it? How can we handle a hyperactive brain incapable of filtering a reality that is too complex? A reality that is so full of information, emotions, and stimuli?

We would probably say that the best thing to do would be to find a way of getting rid of the anxiety or at least reducing it. Well, as strange as it sounds, that isn’t the answer. The key is to use anxiety in our favor, to manage it effectively in order to realize our full potential. Because, if our intelligence and anxiety go hand in hand for a reason, then we need to focus on that reason.

Let’s learn how to use what we have to see what others don’t see. Let’s use it to anticipate risks, events, and probabilities. But let’s do it in a balanced way, knowing how to filter out the unnecessary. Let’s order our paths in such a way that our mental energy can flow in the best way possible. Giving it all you got will definitely be worth it.

Anxiety As A Sign Of Intelligence
In our daily lives, it is rather common for us to feel stressed out or have anxiety. We carry out tasks too quickly Read more »
Link copied!
Interesting Articles
Healthy Habits
Melatonin and Meditation: What's the Link?

Wellness
Love Has a Limit and Its Name Is Dignity

Love will always have a limit and that is dignity, because that respect that each of us has for ourselves…

Wellness
Resentment: A Thorn in the Heart

Holding a grudge involves significant and consistent feelings of anger, which do not dissipate. The vast majority of us have experienced…

Wellness
Friends with Benefits: Does Sex with Friends Make the Friendship Better?

Personal Development
Getting Away for Perspective and Reflection

Getting away can be a great way to gain perspective and temporarily move away from things you're close to. It…