How can you actively participate in your community? Why do society's problems affect your health and well-being? These are two of the main questions the field of community psychology (an area of ​​psychology concerned with how individuals relate to society) intends to answer. 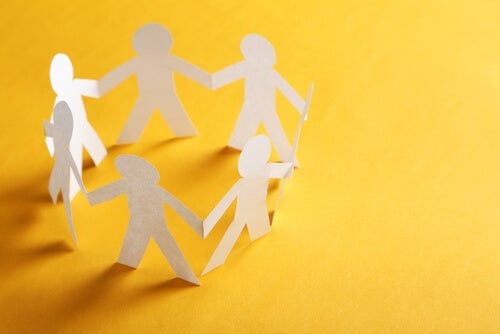 Community psychology is a fairly broad discipline with elements from other disciplines, such as sociology, cross-cultural psychology, social psychology, public health, and political science. Psychologists working in this field analyze the cultural, economic, social, political, and environmental aspects that shape and influence the lives of people around the world.

Community psychology emerged in the 1950s and 1960s in the United States. This occurred due to dissatisfaction with the ability of clinical psychology to tackle broader social problems by a growing group of psychologists.

Thus, the following factors that contributed to the beginning of community psychology in the United States stand out:

Similarly, many authors recognize a meeting of psychologists in 1965 during the Swampscott Conference as the official beginning of contemporary community psychology. In it, attendees concluded that psychology needed to focus more on social and community changes. Mainly to address mental health and well-being. The field began to grow from that moment on until this day.

In this regard, the idea that psychology shouldn’t only focus on treating people once problems have arisen was central to its development. However, it also plays an important role in addressing social conditions such as poverty and discrimination. This is because these factors increase the risk of disease.

Thus, community psychology has an identifiable set of principles that define and guide the field. They include:

Also, in its concern for the interdependence and interaction of individuals and groups, community psychology tries to encourage the creation of person-environment transactions that avoid dysfunction, facilitate empowerment and social justice, and promote well-being. By virtue of this, community psychology insists on multiple levels of analysis:

This kind of research is based on a collaborative model in which the researcher works in partnership with the community to address their needs. Thus, this type of research must lead to action or have clear implications for action.

In addition, intervention approaches based on this concept include primary prevention programs, empowerment interventions, mutual support groups (self-help), and social action strategies such as community advocacy and organization.

Thus, the main goal of these kinds of interventions is to address the causes of illness and distress through strategies that address antecedent and facilitating factors.

Finally, community psychology is a discipline concerned with the use of psychological resources to solve social problems and, thus, achieve a social transformation.

The Similarities and Differences Between Psychology and Sociology
Social psychology and sociology: do you know the difference? Even though they might sound the same, they're not. On the other hand, it's still true that they share certain things, and one of them partly exists because of the other one. Read more »
Link copied!
Interesting Articles
Social Psychology
Learn to Resolve the 7 Most Common Types of Conflicts

Everyone, at some point in their lives, has assumed the role of the victim in painful or traumatic situations. We've…

The term ostracism comes from the Greek ostrakismos, which means to banish by voting with potsherds. Ostracism and social exclusion are…