Shared Misfortune - Is It More Bearable?

Do you think there may be comfort in shared misfortune? Continue reading to find out. 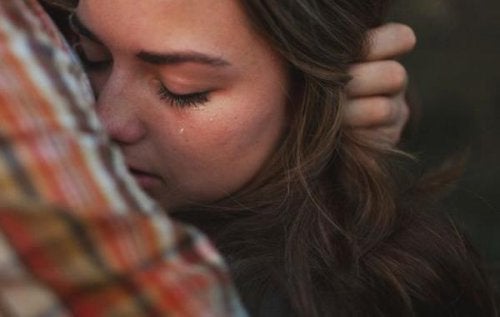 Several popular sayings address the question of whether shared misfortune is more bearable from different perspectives. On one hand, the old saying “Misery loves company” basically says that you’re better off when misfortune happens to many people and not just you. However, your problems won’t go away due to the sole fact that others are in the same situation as you.

Nevertheless, other sayings such as “Two in distress makes sorrow less” advocate the comforting element of knowing that you’re not the only one going through a difficult situation. So, is there any truth to this? The answer is yes. You can observe this phenomenon in many everyday situations.

When a student fails a test, their negative impact lessens by knowing that most of their classmates might have had the same fate. Similarly, support groups for people with a psychological disorder are a huge help because they connect people who’re going through similar experiences.

But what’s the foundation of all this? Should you be glad about other people’s misfortune? Are you intrinsically bad? Not at all. Several reasons can explain why this happens.

The impact of social comparison

Research in social psychology observed the pressure exerted by social groups on individuals for several years. Much of people’s identity is forged in their relationships with others and, therefore, their influence on your self-image is high.

All human beings tend to compare themselves with the rest in order to measure their worth and adequacy. The result of this comparison will have an impact on your self-concept. Therefore, when something unfortunate happens to you, the comparative scale leans against you. Thus, you feel different and inferior and begin to experience all sorts of negative emotions.

Finding other people in the same situation lets the comparison be more favorable. This is because it, in some way, protects your self-esteem. You know you’re no longer the only one who failed.

It’s not a misfortune but part of your humanity

The key to the relief that comes from knowing that a difficult situation doesn’t only concern you is that it reminds you of your shared humanity. The emotional shock can be high when a negative and unexpected event comes upon you.

You might fail an important test or your partner might cheat on you or you might have a panic disorder… All these situations initially place you in a disadvantaged position. You feel that you’ve personally failed; that you’re not adequate, and that something’s wrong with you.

Being aware that you’re not the only one who’s having problems broadens your perspective. It reminds you that you’re human and that everyone can experience positive and negative events. Finally, pain is part of the living experience as much as pleasure. Both failure and success are part of the adventure of life.

The one thing that will help you is quieting your mind and silencing the internal dialogue that accuses you. Also, normalizing your emotions as a passing and acceptable process. Additionally, seeing how other people face similar circumstances can motivate you to come up with your own resources. In addition, you can take ideas from them to do better.

Despite finding relief in sharing circumstances with others, you must keep in mind that the key is to always take action. If you failed an exam, you should study more to better on the next one. The fact that many of your classmates also got poor grades won’t improve your records.

Likewise, if your relationship ended, you’ll have to figure out your own coping resources to get over it. It’s not a good idea to seek those who are going through the same thing to rejoice in their suffering. Instead, you can motivate them to move forward. Finding people in the same situation doesn’t mean you have to join in shared misfortune in victimhood, anger, or resentment.

Your actions alone will always get you out of where you are and lead you where you want to go. Therefore, if you’re going to compare yourself to others, let it be to inspire you to continue. Also, to observe how they accept mishaps as part of life and learn from them. Thus, lean on others to repair your wings and take flight again.

Frozen or Delayed Grief: Pain that Becomes Chronic
Frozen or delayed grief happens when you're unable to overcome a loss. It's chronic mourning that you drag along with you permanently. Read more here! Read more »
Link copied!
Interesting Articles
Social Psychology
Characteristics and Models of Consumer Psychology