Why Does Religion Exist? 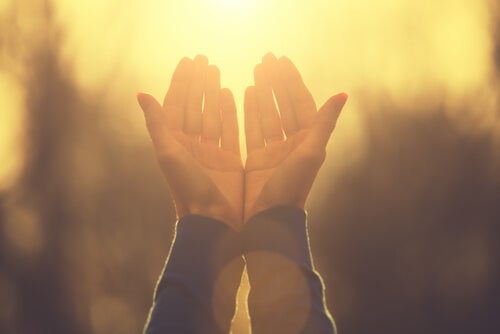 Right now, just looking at Western culture, religion is considered something private. It is something that everyone keeps for themselves. This is secularism. People can be religious, but behind closed doors.

However, this is only in theory, since large religions continue to be strong in some countries. The minority religious practices are prohibited due to secularization. But the majority religions are held on a pedestal when it comes to representation in collective action.

However, regardless of the social or legal norms that impede religious practices, every person lives their religion in a different way. People can experience it in four different ways.

Before talking about religious orientation it is essential to distinguish between religion and religiosity. Religions, are timeless and universal (they do not change with time or space). Religiosity is the way believers live their religion. Religiosity is a subjective experience that depends on each type and each person. The way they live and represent religion.

These are the first two categories used to look at religion. They separate people who use it as a means to an end – in order to achieve personal or social gains (eg. group acceptance) – from those who interpret it as an end in itself (eg. praying in private). People with extrinsic orientation use religion, while those with intrinsic orientation use it to motivate their lives.

When religion is a fundamental life motive, the center and absolute criterion for their decisions, it is intrinsic. On the other hand, those with an extrinsic orientation consider religion as utilitarian and instrumental. It’s a means for their own interests and ends (security, social status, entertainment, self-justification, support for a personal lifestyle, etc.). For many people, just like anything, they have both orientations.

Intrinsic and extrinsic orientations also has another sub-orientation – quest orientation. It asks a fundamental question about existence as a whole. People with this orientation see religious doubts as something positive, and have open minds about religious issues.

Quest orientation stimulates and promotes open and dynamic dialogue about the great existential questions we have about contradictions and tragedies. Quest orientation is cognitively open, critical and flexible. It is also  an attitude defined by doubts and searching for personal identity.

Religious fundamentalism is the belief that there is a set of religious teachings that shape the fundamental truth about humanity and God (or gods). This truth opposes and combats the evil forces. Its  followers practice it in accordance with the fundamental and unchangeable past practices.

People who have a fundamentalist orientation claim to have a special relationship with God. They tend to believe that their group is always right, while everyone else is wrong. This leads them to cultivate and maintain prejudices. It distances them from other groups and therefore they cannot get to know them. Their experience only lets them reaffirm their stereotypes. Fundamentalists tend to also have an extrinsic orientation.

There are many ways of following religion. Each group and each person is distinct. While the type of religion and context will influence each person’s religion, people adapt in different ways. No religion is better or worse than another. Not even a fundamentalist religious orientations are bad or worse than others.

The problem appears when we try to force religion on others. Adapting to another form of religiosity is not easy and requires time. Coexistence could and should be peaceful when there is respect. In the same way, states should not impose a single way of following religion.  Nor should they promote religion without thinking of the consequences.

Culture
What is the Principle of Least Effort?

The principle of least effort is about a truth that almost everyone knows purely by common sense. It says that…