Brain on Fire: The Link Between Inflammation and Depression

The brain on fire theory argues that one cause of severe depression is inflammation because the immune system is trying to defend the body from a perceived threat. 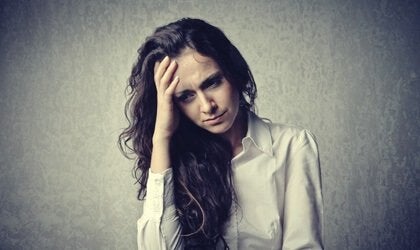 Brain on fire is a theory that proposes a relationship between inflammation and depression. Numerous studies show that many people diagnosed with depression have elevated levels of proinflammatory cytokines, which affect brain function and mood.

The authors of one of these studies, Charles L. Raison, Lucile Capuron, and Andrew H. Miller, published their work in Cell magazine in 2006. However, it’s important to note that this hypothesis has been around for several decades. In fact, it’s directly related to another hypothesis called the malaise theory of depression.

Dr. Bruce Charlton of the University of Buckingham has spent a significant amount of time trying to prove his theory with research and analysis. In a study he published in the year 2000, he tried to define the same concept.

Some people believe that depression could be linked to lifestyle, diet, or even environmental pollution. Other experts believe it’s a physical response to environmental stressors or worries.

According to the brain on fire theory, there is a physiological response to a supposed threat. That’s where the inflammatory and immune system response comes from. In this case, it acts like your worst enemy and weakens you instead of protecting you.

According to the brain on fire theory, when the brain perceives a stressor, it releases cortisol. This hormone triggers the production of cytokines, vasoactive amines, nitric oxide, and glucocorticoids.

What is the brain on fire theory based on?

These two hypotheses that relate depression to inflammation have pretty memorable names. On one hand, you have the malaise theory of depression. On the other, you have the brain on fire theory. Despite their different names, both theories have a lot in common.

The reason why scientists started to believe there was a connection between immune response and depression is the increasing number of people who weren’t responding to psychological treatment and drug therapy. What could be going wrong? Starting in the year 2000, the word “inflammation” gained popularity among some neurologists and psychiatrists.

Let’s take a closer look at the brain on fire theory and concepts.

Mechanisms that explain the link between inflammation and depression

The brain on fire theory states that our bodies trigger this same immune response when we experience pressure, stress, fear, or anxiety.

How can you fight inflammation-triggered depression?

First of all, we have to clarify something important. Not all depression is created equal, and not all depression is caused by inflammation. The brain on fire theory comes into play for individuals who have tried psychological therapy and medication and have seen no improvement.

Scientists and the pharmaceutical industry have a challenge ahead of them. They have to design new drugs for these kinds of conditions. In the meantime, however, the following strategies have proven to be very effective:

In conclusion, many experts believe that chronic stress triggers depression. If we were better prepared and better equipped to manage these issues, we could avoid inflammation and an immune system imbalance.

Don’t think twice about asking for professional and specialized help for your problems. You can heal and live a full and happy life.

Positive Memories Can Help You Fight Depression
Researchers have found that positive memories can reduce depression in mice. So what can this mean for people? Read about this interesting study here! Read more »
Link copied!
Interesting Articles
Psychology
3 Keys Of NLP (Neuro-Linguistic Programming) that Will Change Your Life

If you were given the choice between a higher salary or a shorter work day, which one would you choose?…

When we lose someone, we really don't know what we should do. This is because we are taught how to behave in specific situations from a very young age. We were…

Psychology
Howard Gardner and the Theory of Multiple Intelligences

For decades, people thought that intelligence was one single mental function that determined our ability to problem-solve, especially in the…

Some people are scared of being independent. They unconsciously desire to be served, cared for and spoiled by other people.…