How to Overcome the Fear of Being Criticized 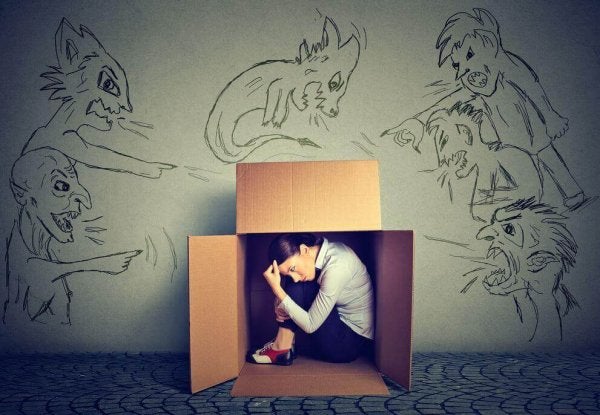 Have you ever felt judged? How did that make you feel? You may have developed a fear of being criticized after a difficult situation. No one likes being judged, especially when people judge us regarding something that’s tough for us to digest.

Fear of being criticized

When people criticize us, we see it as a personal attack. Some people take judgment as something hurtful and even embarrassing. This can make them be on the defensive because they want to protect themselves.

Have you ever stopped to think the reason why someone told you what they did? There must be a reason! Instead of immediately being on the defensive, you should stop and think about the reason why that person is criticizing you and what you can learn from it.

If you calm down and set the record straight, you may see that criticism can help you improve several aspects of your behavior and thought processes.

On the other hand, the other person may be wrong. If you’re dealing with this case, the important thing is to speak your mind assertively instead of agreeing with everything that the other person says just so that they don’t judge you. Doing this can make them feel as if they can manipulate you into thinking whatever they want and lower your self-esteem.

The first step to help you lose your fear of being criticized is learning to accept criticism. This is something you can achieve by reacting calmly before a judgment. The advantages of keeping your cool when someone criticizes you are:

Staying calm when someone criticizes you can help you assimilate criticism more efficiently. This has many advantages:

“Wise people prefer to benefit from constructive criticism rather than be ruined by false praise.”

What negative thoughts interfere with overcoming the fear of being criticized?

There are several thoughts that may go against you when you try to face your fear of being criticized. Modifying these thoughts will allow you to stop caring so much about criticism.

“I messed up again, I’m such a mess!” “I’m so embarrassed, I failed once again”. By thinking this way, you believe that you have to be the best at everything and that you’re a failure if you ever make a mistake.

You should change these thoughts for rational ones such as: “I think I made a mistake, but first I’m going to check what I did wrong. I have the right to make mistakes. This doesn’t make me a bad person, it only makes me human”.

Thoughts about the situation

“This is such an uncomfortable and humiliating situation. I can’t handle this, I must leave.” Now, the belief behind this statement is that things always have to be easy and comfortable. They must go the way you’ve planned.

However, this would be the rational thought: “This situation is uncomfortable, there’s no doubt about it. But do I really have to run away? Wouldn’t it be better if I faced it?” It’s important that you don’t make running away your first option when things get tough. Remember that difficult situations are the ones that can make you grow.

Thoughts about the other person

You can change that thought and make it a more rational one. For example: “I can’t read people’s mind so I can’t really know their true intentions. What if they just want to mess with me? If that’s the case, I must remember that people aren’t always the way they should be. I’m not perfect either”.

As you can see, it’s possible to overcome your fear of being criticized. In order to do it, though, you must modify certain thoughts so you can accept criticism and react calmly before it.

“The more one judges, the less one loves.”

Are Hurtful, Critical People Missing Something Inside?
Are destructively critical people missing something inside? We're going to explore why people criticize others when they often feel bad about themselves. Read more »
Link copied!
Interesting Articles
Psychology
Do You Know What Babies Learn To Do Between 4-6 Months?

Do you ever feel you aren't able to remember things as well as you used to. Maybe you feel mentally heavy when it…

Psychology
The Challenge of Accepting Things that Happen to Us

Accepting things that happen to us is the first step towards change. In order to accept the most painful things that…

Imagine an old man appearing, with a friendly bald face, smoking a pipe, telling you that "cellphones help you stay…

Psychology
The Greatness of Good-Hearted People

Good-hearted people always pour their hearts and souls into everything. You can tell by the look in their eyes, their…