How to Strengthen Your Emotional Immune System 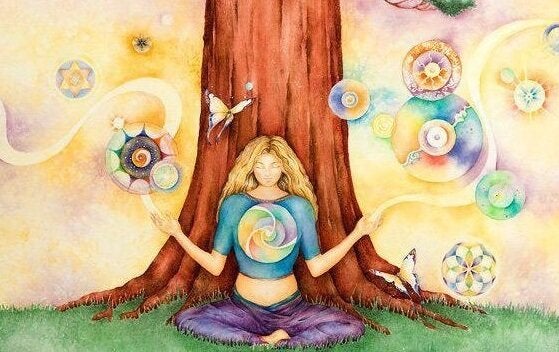 Science has proven it, and we prove it ourselves every day: emotions are contagious. The most extreme example of that are human stampedes. A couple of people shout and start running. Then panic unleashes and people mindlessly form a stampede. This kind of thing can even have some pretty serious consequences. That’s just one reason why it’s so important to strengthen your emotional immune system.

Let’s move away from extreme examples like the one we just gave. There’s also everyday proof that emotional states are contagious. That’s because of mirror neurons, which imitate other people’s emotions and make them yours. That’s why groups have such a big impact on us as individuals. It’s also why your best defense is to have a good emotional immune system.

But some people are less influenced by a group’s mood. They can basically just stay the same no matter how a group is feeling. The ability to resist these influences depends a lot on your emotional immune system. If it’s strong, you’ll be more independent. If it’s weak, a group will infect you more easily.

It’s obviously a good thing to let other people’s joy and optimism infect you. What’s not so great is letting people give you their stress, boredom, or pessimism. Unfortunately some negative emotions (like anxiety) are much easier to spread than positive ones.

One way to strengthen your emotional immune system and not let other people’s moods control yours, is to start by taking a look at yourself. What are the main emotions you experience in your daily life? What emotions do you spread to other people?

Exaggerate the signs of a good mood

The best way to start is to work on getting more control over your emotions. There’s no better way to do that than to actually nudge yourself towards positive moods. Keeping up that kind of attitude will make you stronger.

A simple technique for that is to exaggerate a little bit. Smile, even if you don’t feel like it. Thank life and the universe for everything, even if it’s just for the little things you have in your daily life. Be extra friendly with people you aren’t usually friendly to. All this will help strengthen your emotional immune system.

Struggling for meaningless power is also very draining. Being above other people isn’t any more valuable than being under them, because there’s always someone above you no matter how high up you are. That’s inevitable. So when you fight to give orders or prevent other people from ordering you around, you’re wasting your life energy and just surrounding yourself in a dense, negative atmosphere.

Focus on what you do right

The best way to strengthen your emotional immune system is to turn yourself into a kind of promoter for positive emotions and uplifting moods. The best way to do that is to focus on all the good parts of yourself, like your personality, your actions, etc…

Without even realizing it, other people’s mood will start to line up with your good attitude. It’ll be almost invisible, and you won’t be trying to make it happen, but you’ll start to see the best in other people. This technique rarely fails. All you have to do is focus on the good, on the best side of things. Doing that always has a ton of benefits.

There’s no way to avoid the occasional assault of negative, heavy emotions. When you spread them, you’re affecting other people too, not just yourself. We’re talking about stress, depression, anger, bitterness, or any one of those very negative emotions that fit onto the spectrum of your mind.

To begin with, it’s best to try to bring down the intensity of these emotions when you feel them. It’s always helpful to take 5 minutes to do some deep breathing. That will give your brain oxygen, balance out your body, and even stabilize your emotions. Then you can take your time and think about the best way to express what you’re feeling, in the most constructive way possible.

The goal of all these techniques is to strengthen your emotional immune system. If you make yourself into a beacon of light, other people will shine theirs towards you too. Never forget that what you do for other people, you’re doing for yourself too.

Emotional Contagion: How We Pass Our Emotions onto Other People
Why is it that when we smile at someone they smile back? Here we'll tell you all about why we take in other people's emotions, or "emotional contagion." Read more »
Link copied!
Interesting Articles
Wellness
Recognizing Our Mistakes Helps Us Forgive Others

Everyone makes mistakes. Throughout our life, we will have to forgive more than once, and sooner or later we will…

Letting go is realizing that some people are part of your history, not your destiny.  This doesn't mean it doesn't…

Wellness
After Many Storms, I Finally Found Peace

I've finally found peace, but it took going through many storms to find it. Because sometimes, it's not enough to…

Wellness
The Art of Becoming an Adult

The art of becoming an adult requires courage, commitment and responsibility with oneself and with others. Becoming a healthy adult is not an easy task, especially considering how the society…