The Most Beautiful Flower of All Is Honesty 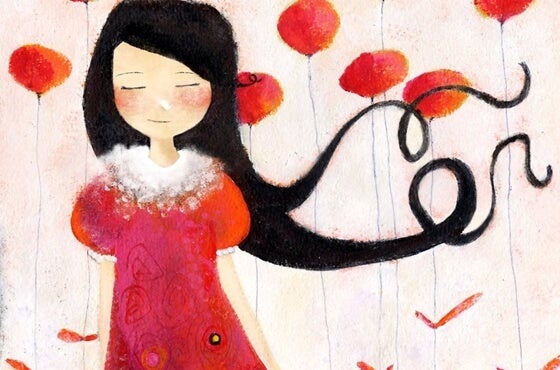 Honest people are frank, genuine, and enjoy the happiness created by coherence between thoughts and actions. There is no falsity to them, just a clarity of mind and heart where truth always takes the reigns, and where humility is the wind that guides and pushes the sails of their awareness. Those that choose to live in this scenario of emotional and psychological authenticity know that they will have to pay a price. The first cost is evident: honesty is always frank and this frankness brings with it more than one side-effect in those who are not used to a truthful tongue and a heart that hates lies.

“He who dares not offend cannot be honest”

The second cost, and perhaps the less known one, refers to our inner world. Being honest requires us to explore ourselves to understand our own limitations and come into contact with the private nook within ourselves where our vulnerability hides. We all have defects, black holes and hypersensitive areas. Honest people are very aware of this.

On the other hand, we can’t forget that this psychological dimension is also an important social value. Beyond seeing it as an essential and valuable tool for our personal growth, it is also a motor that can invigorate our well-being as individuals in a social context.

We all deserve an honest wage, a job based on honesty and even a political class rooted in this same principle. So, given that big changes happen as a result of small shifts, let’s put this value into practice in our personal universes. It is worth it!

Astronauts, as we know, explore the confines of space, are discoverers of other worlds and are irredeemably curious about all that opens up beyond our little, precious, blue planet. At the other extreme, are psychonauts. They are people who bravely and with elegant skillfulness dive deep into their inner worlds, as intimate and complex as their emotional universes and their psychological constellations.

Honest people are happier because they have cleaned out many of those personal abysses which were previously reigned by indecision and that raging fear that kept them captive of half truths or complete lies. They are people who have learned to be critical of themselves, who tolerate their defects without punishing themselves, who listen to their inner commander that pushes them to improve themselves a little each day and each moment.

Nobody can be honest with their neighbor if they aren’t honest with themselves first. None of us can judge others if we haven’t swept our own homes first. All this explains why, as many studies show, people who practice honesty enjoy better health and a more authentic feeling of happiness and well-being. Without a doubt, the key is in exercising self-knowledge.

Being honest with ourselves means being the spiritual warrior that reveals to ourselves how we are in the present moment. This warrior exposes our impotence and our unprotected areas, our shadows, but also guides us to heal ourselves and thus to have a more complete and stronger vision of ourselves. Thus, we can continue walking in truth, but also with humility.

The story of the honest flower

In the book “Stories of Light and Wisdom” by Pedro Alonso, there is a uniquely beautiful little tale which offers us a marvelous teaching about honesty.

The story begins in Ancient China, around the year 250 BC. The lead character is a young prince in the Northern region, who must marry in order to become emperor. This was set down in the law, and so to choose among all the elegible women the best one for him, he came up with a small test of great ingenuity.

“No legacy is as rich as honesty”

The court celebrated a day on which all the women that would like to marry the prince had to present themselves on the palace patio. Among all of them, there was one woman who secretly loved the candidate for emperor. However, she was aware that she had no grace, nor riches and even less beauty. Her mother tried to get this dream out of her head, but given that her heart was set and her attitude was brave, she didn’t hesitate to present herself on the agreed day.

Once all the young women were on the palace patio, the prince put a seed in the palm of the hand of each of them. He told them that he would summon them again in 6 months’ time. The woman who brought him the most beautiful flower would become his wife.

Our lead young woman returned home happy. She was a great gardener and everything she touched flowered spectacularly. However, as the weeks and months passed, nothing sprouted from the earth. Her mother again recommended that she forget about the prince; however, she told herself that even if she had empty hands, she would present herself again when summoned… Even if it was just to see the man she loved one more time.

When 6 months passed and the young women gathered in the palace, they all carried beautiful, perfect, spectacular flowers in their hands. How did they do it? The young woman cried in silence while she watched the prince appreciating and valuing each of those flowers. Until suddenly he reached her, and he delicately took her by the hand.

“I will marry this woman”, he said out loud, happy. The young woman was speechless, and when the rest of the women asked why, he was firm in his words. “All the seeds I offered you were sterile. Only this woman has brought me the most beautiful flower of all: that of HONESTY”.

To conclude, as this beautiful story has shown us, in reality being honest is an act of integrity, bravery and personal maturity. All of which are virtues that we should cultivate with dedication in our day-to-day lives.

Trees are silent friends we tend to move towards spontaneously. We look for their shade, lean up against their trunks, or…