A Violinist in the Subway: Proof that We Look without Really Seeing

The Washington Post conducted an experiment to find out if people are capable of recognizing beauty out of context. Unfortunately, their experiment proved that most people are oblivious to beauty that doesn't fit into their routines, even a world-famous violinist playing a free concert in the subway. 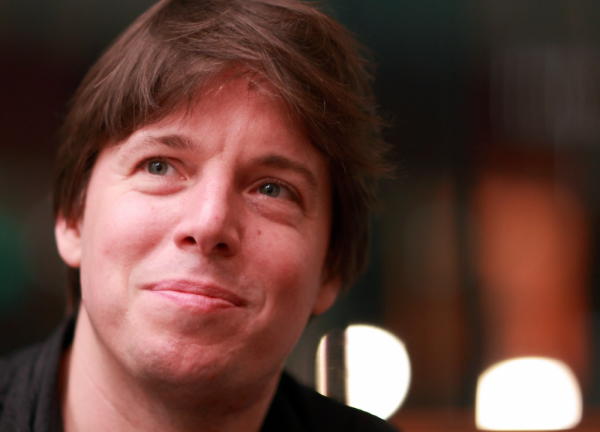 The violinist in the subway was a social experiment that proved that people often look without really seeing what’s in front of them. It happened the first time in 2007, and again seven years later. The protagonist? World-famous violinist Joshua Bell. The experiment seems to prove that human beings are great at ignoring beauty.

The Washington Post organized the experiment to answer a simple question: is beauty capable of capturing people’s attention if it’s presented in an everyday context at an inappropriate time? In other words, are people able to recognize beauty in unexpected contexts?

The results of the experiment showed that people look without really seeing and hear without really listening. Maybe we put too much stock into appearances or we’re so engrossed in our own thoughts that we can’t spot the diamonds shining amongst the dead leaves.

“Everything has beauty, but not everyone sees it.”

Joshua Bell is one of the best violinists in the world. He was born in Indiana in 1967. When he was a very small child, his parents saw him using rubber bands to mimic the sounds his mother made when she played the piano. Bell was just four years old. His father bought him a violin, and Bell gave his first concert at age seven.

Joshua Bell is known for his love of classical music and his commitment to the idea that everyone should have access to it. He isn’t a traditionalist who believes that it can only be enjoyed in certain settings and that it’s only for a certain type of audience.

Bell has been on Sesame Street and has helped make soundtracks for multiple films. In fact, he played the theme song for The Red Violin and had several cameos in the movie. That’s why The Washington Post felt that Bell was the right person for their experiment.

A violinist in the subway

The experiment involved Joshua Bell playing violin in a busy subway station in Washington, DC at rush hour. Bell decided to use his Stradivarius violin, an instrument with an estimated value of over three million dollars.

The people who designed the experiment estimated that between 75 and 100 people would stop to listen to Bell. They also hypothesized that he would make about 100 dollars during the hour that he played. After all, three days before the experiment, Bell played a concert where the bad seats cost about 100 dollars.

The experiment was conducted on January 12, 2007, at 7:51 in the morning. Bell showed up at the subway station wearing a black long-sleeved shirt, jeans, and a baseball hat. He started playing a piece by Johann Sebastian Bach, followed by Shubert’s Ave Maria. He continued to play, one masterfully interpreted song after another. It became evident fairly quickly that people often look without really seeing and hear without really listening.

We look without seeing and hear without listening

In the end, the world-renowned violin prodigy played for about 47 minutes. During that time, 1,097 people walked by him. To everyone’s surprise, only six people actually stopped to listen. In total, Bell earned $32.17 for his performance. He later said that the most frustrating part of the experiment was when he would finish his pieces and no one would clap.

Only one woman out of 1,097 recognized him. A 30-year old man listened to him for the longest period of time. John David Mortensen, an employee at a government agency, stopped to listen to Bell play for six minutes. He said later that the only classical music he listens to is classic rock, but Bell’s playing was zo beautiful that he stopped to listen. “I felt at peace”, he told reporters.

During the violinist in the subway experiment, most of the commuters were completely indifferent to Bell’s performance. They didn’t notice or care that a world-famous musician was playing a concert for free right in front of them. For Bell, it was disconcerting to see so many people ignore him. That’s why he decided to conduct the experiment again seven years later, in the exact same spot. This time, however, there was plenty of publicity before the event.

When Bell returned to the subway, hundreds of people gathered to watch. The goal was to connect young people with classical music, so Bell did a sort of teaching concert. He was upset that so many people were incapable of identifying beauty during the first experiment and wanted to do something to change that.

5 Beethoven Quotes on Music and Life
Beethoven is one of the most important composers in the history of music. Here are 5 of his quotes that are worth remembering! Read more »
Link copied!
Interesting Articles
Music and Psychology
Subliminal Messages in Music: Myth or Reality?