Richard Wagner: The Life of a Tormented Musician

Wagner's work caused a change in the music world, influencing many 20th century composers. Learn more about this musician and what made him a peerless genius here! 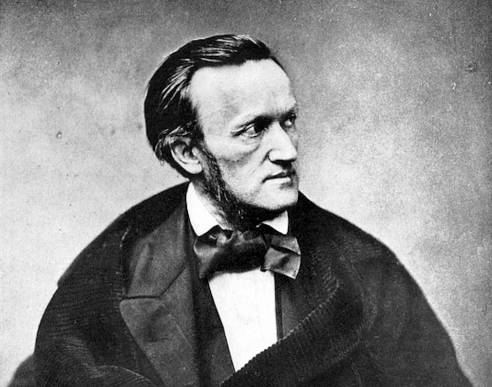 Richard Wagner was a composer that defined an era, influencing many of the biggest musical movements. Wagner’s influence on the way people compose music is as evident in the melodies and harmonies as it is in the very orchestration.

His ideas, theories, and lifestyle drew both admirers and enemies. He was a controversial figure. In terms of music, Wagner’s operas often had a clear dilution of musical keys, which blurred the line between singing and chanting.

Wagner’s music transports you to universes plagued by heroism. His compositions invade your ears and invite you to dive into the story unfolding on stage.

The Early Years of Richard Wagner

Wagner was born on May 22nd, 1813, in the city of Leipzig, Germany, to a humble family. His mother, Rosima Patz, was a baker’s daughter, and his father, Karl Friedrich Wagner, was a police scribe. When Wagner was still a child, his father died during a typhus epidemic.

Not long after, his mother married Ludwig Geyer, making him Wagner’s stepfather. Geyer was an actor, singer, and painter and was one of the earliest artistic influences in Wagner’s life. Since Geyer worked with a theater company, the family ended up moving to Dresden.

Wagner began attending the school Vizehofkantor Carl Friedrich Schmidt in Dresden in 1817. In 1822, he began to attend the Kreuzschule (School of the Cross) in Dresden. He studied there until he was fourteen, and started to receive piano lessons while he was there.

Richard Wagner lived under the name Richard Geyer until he was almost fifteen. He changed his last name back to his father’s when he started to attend the school Nicolaischule (Nicolaitan) in Leipzig on January 21st, 1828.

The Desolation of His Youth

The sheer number and variety of Wagner’s early compositions show that he composed in a wide range of genres, including classical.

In 1833, when he was just twenty years old, he began his professional career when he accepted a job as the Würzburg chorus director. In this early phase, all of his projects were low-budget and had a rural audience. While he was the orchestra director there, he finished his first opera: Die Feen (The Fairies). Unfortunately, it wasn’t performed until five years after he died.

Three years later, Wagner was unhappily married to Minna Planer and had written several operas. It was during this time that Wagner started to develop his more revolutionary musical ideas. Some people even say that Wagner’s theories influenced Hitler and Nazism to some degree, and some of his songs are still banned in Israel.

This was a particularly dark time for Wagner. His marriage to Planer didn’t help matters, and he was also having some financial troubles. On top of all that, he was becoming addicted to gambling and alcohol, which made it even harder for him to get back on track financially.

In 1839, Wagner’s massive debt forced him to flee the country and move to Paris. He wouldn’t return to Germany until three years later, in 1842, but his time in Paris was a total failure. He didn’t manage to perform a single one of his works there. Wagner threw himself into his work by revising other composers’ work but didn’t get much fame out of it.

Richard Wagner as a Writer

Not only was Wagner a great composer; he also experimented with other art forms such as writing. Between 1840 and 1842, he managed to publish what would go on to be some of his most important essays.

These essays dealt with historical and theoretical topics that he explored throughout much of his life. Wagner was also a very prolific journalist and published countless reviews of Parisian musical events in German newspapers. He also wrote some more “documentary” pieces.

“When religion becomes artificial, art has a duty to rescue it. Art can show that the symbols which religions would have us believe literally true are actually figurative. Art can idealize those symbols, and so reveal the profound truths they contain.”

It’s worth pointing out that there’s some ambiguity about certain aspects of his life. This is partly because of the many inconsistencies in his own autobiography, Mein Leben (My Life).

That autobiography spans the time period from his birth to when he was fifty-one years old. It’s an extremely subjective book, and his ego is on full display. This makes it extremely hard to make any confident statements about what Wagner’s life was really like. He ultimately wrote it in 1865, after his benefactor, King Ludwig II of Bavaria, asked him to.

Returning to His Homeland

After the performance of his opera Meyerbeer, Wagner became the most famous composer in Germany. Luck would have it that just a few days after the performance, Francesco Morlacchi the royal Kapellmeister (Royal orchestra director), died. On February 2nd, 1843, Wagner took over the position. This job gave him political prominence and made him an expert at blending creativity with management.

Wagner’s artistic interests very quickly fused with his political activity. He thought that theater could work as a mirror for a reactionary society. So, by changing the first (theater), maybe he could change the second (society). This is when Wagner began to take an interest in subversive politics.

Wagner began to align with German nationalism. This line of thinking was as clear in the mythological characters he wrote, as in the plots to his operas. One of the most common themes in his work during this time period was German colonies.

“I just can’t listen to any more Wagner, you know… I’m starting to get the urge to conquer Poland.”

Political Change and Ludwig II of Bavaria as a Benefactor

In 1849, the precarious political climate led to a revolution in Dresden. That was the end of Wagner’s career as the royal orchestra director. Soon after the revolution, a warrant was put out for Wagner’s arrest, and he fled to Switzerland. He ended up living there in exile for eleven years.

During this time, Wagner found himself in a very tricky position. He had no way to operate in the German musical world, and his income was as tiny as his chances of being able to perform his work.

In 1864, Wagner was living in Mariafeld (near Zurich), on the run from the many people he owed money to. King Ludwig II of Bavaria, a major admirer of his work, offered Wagner his hospitality and his financial help. With the support of his new benefactor, Wagner wrote Homage March.

In 1865, he performed his now classic work Tristan und Isolde in Munich, Germany. One year later, Minna died in Dresden and Wagner settled down in Geneva. Thanks to the king’s financial support, Wagner was able to work on his operas without thinking of the expenses.

Years later, Wagner conceived the Wagner Society, a theater that would hold a festival by the same name, which still exists today. He laid the first brick for the Bayreuth Festival Theater on the day of his 59th birthday. He also organized a series of concerts all over Germany to raise money and finished the building in 1874 thanks to the support of Ludwig II.

The composer also ended up building a villa that he called Wahnfried in Bayreuth. Unfortunately, only a couple years after its completion, the theater was already losing lots of money. Wagner performed a series of concerts to raise money and offset the losses. He wasn’t long for this world by that time as he began to suffer from heart disease.

Richard Wagner suffered multiple heart attacks between 1881 and 1882. On February 13th, 1883, the renowned composer died in Venice. His body was buried in the garden of his villa, Wahnfried.

Wagner’s tetralogy, Der Ring des Nibelungen (The Ring of the Nibelung) is undoubtedly his masterpiece. It’s made up of four different operas: The Rhinegold, The Valkyrie, Siegfried, and Twilight of the Gods. That tetralogy, along with Tristan and Isolde, The Mastersingers of Nuremberg, Lohengrin, Tannhäuser, and The Flying Dutchman are all part of the so-called Bayreuth Canon.

The full cycle was never put on in its entirety until 1876. But from that point on, the entire canon of operas has been performed every year at the festival that still takes place in Bayreuth, Germany.

Wagner’s ideas had as many supporters as they did detractors. The legacy he left behind with the Bayreuth Festival Theater, more intricate than any theater before it, was possible thanks to the fervent support of Ludwig II of Bavaria. The theater now exists solely to perform his work, as an ongoing reminder of his genius and timelessness.

5 Beethoven Quotes on Music and Life
Beethoven is one of the most important composers in the history of music. Here are 5 of his quotes that are worth remembering! Read more »
Link copied!
Interesting Articles
Music and Psychology
Why People Like Sad Music