The 8 Stages of Development, According to Erik Erikson 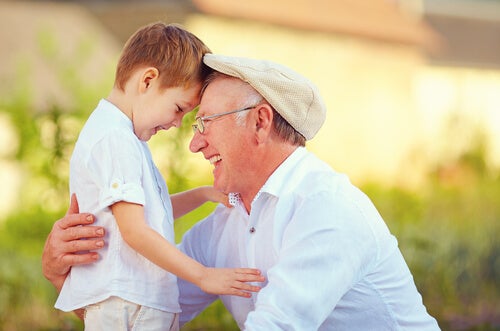 Erik Erikson was a psychoanalyst from the United States who developed a widely accepted theory of personality development.

We all go through crises in our lives, and we get used to seeing them as something negative. But for Erik Erikson, crises are necessary processes that drive evolution and change. They’re situations that allow us to transcend, to grow, and to learn more about ourselves. Erik Erikson believed that the journey of life is made up of eight stages or cycles, and that each one is marked by a specific conflict.

He said that human beings are always changing and acquiring new knowledge and experiences throughout their lives. If it weren’t this way, we would get stuck in some stage of development. Some people refuse to mature, while others are doomed to growing up prematurely. This depends mainly on the context in which they grow up.

The eight stages of human development, according to Erik Erikson, are the following:

Newborns establish relationships of dependence, especially with their mothers. With them, their needs are fully satisfied. Such care slowly guarantees that they will learn and develop trust, as long as their basic needs are consistently attended to.

As their senses develop, they start to recognize their environment as familiar. Then they start to venture out, and their first great achievement is not feeling anxiety in the absence of their mother, overcoming their fear of being abandoned by her. Otherwise, they’ll grow up to be skeptical and distrustful.

During this stage, the child develops the autonomy to move from one place to another. Staying behind or crying is their way of trying to get what they want. If the context doesn’t completely respond to what the child needs, they will start to doubt themselves and be afraid of taking initiative.

The child’s embarrassment is expressed as not wanting to be seen, wanting to hide their face, tantrums and crying, or various other manifestations of emotional overload. External control should be firm and calming so that they can develop autonomy.

If there’s one thing that stands out during this stage, it’s the child’s initiative. Especially when they’re playing, they discover their most significant roles and fulfill them. The child needs to identify and project their role in the world. Initiative at this age involves planning out the role they will fulfill.

Rivalry and jealousy can also appear during this stage. The child wants to be treated as someone special, and they reject any time the mother pays attention to someone else. If they don’t receive relatively privileged treatment, they’ll feel guilty and anxious.

During this time, the child starts going to school. Regardless of whether they feel comfortable or dissatisfied with it, the child starts to gain recognition for what they do in this new environment. They’re in a position to gain new knowledge and abilities, or in other words, to become productive.

Our culture has developed high levels of specialization that has made society more complex and limited individual initiative. The risk they experience in this stage is that, when they don’t get enough recognition, they start to feel inadequate, which can lead to feelings of inferiority.

This period is characterized by starting to doubt everything they once trusted. That is, all the knowledge, abilities, and experiences they’ve acquired. This is all due to the biological changes that their bodies go through and the personality crisis this creates.

Adolescents worry about their image and wage constant battles between what they have been up until now and what they will be in the near future. They get confused about their identities, and they become idealistic and highly impressionable. If they move through this stage correctly, they’ll be able to construct a solid identity. If they don’t, they’ll keep trying to be something they’re not.

This is when the young adult is in a position to make professional, emotional, and political commitments, while sacrificing something in return. If they’re not able to create these ties with the world out of fear, they’ll be in danger of experiencing isolation.

This is the stage where decisions and challenges help them acquire stability. It’s also the time when their concepts of work, friendship, and family are strengthened. Basically, in this stage, they take a definitive step towards adulthood.

Erikson defined generativity as the desire at a mature age to establish and guide the coming generations. When this doesn’t happen, a process of personal stagnation begins that’s related to the feeling of not transcending, not having any kind of impact on the future.

Only when people have faced both defeat and triumph, spread or generated ideas, and dedicated time and care to these ideas, can they say that they’ve eventually matured, that they’ve experienced completeness.

The last stage of life can either be peaceful and serene, or full of restlessness and anxiety. It all depends on how they’ve resolved the previous stages. During old age, the person should be able to make a wise evaluation of their lives, in which the recognition of reality and their understanding of the world take precedence.

They’ll experience integrity in this stage if they can combine reflection with experience. If they have any unresolved conflicts or stages they’ve never overcome, they usually develop a profound fear of illness, suffering, and death.

My Dreams Have No Age, Only Desires

Link copied!
Interesting Articles
Psychology
If You Don't Like the Effect, Don't Provoke the Cause

If you want me to listen to you, don't shout at me. If you want my respect, be considerate to…

Psychology
How Does the Mind Respond to War?

Can you imagine living through a war? Waking up every day knowing it could be your last?  Unfortunately, there are…

Psychology
3 Silent Causes of Most Breakups

When couples split up it can be very difficult and even traumatic. In fact, romantic relationships are one of the…