Why Do We Trust Other People 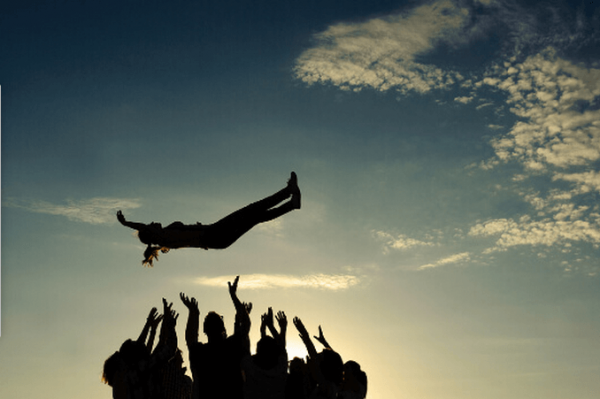 Trust is very important when it comes to love, money, and other parts of our daily lives that may be put at risk. A new study sheds light on what motivates people to trust one another.

The study, carried out by a team of researchers at Dartmouth College, is published in the Journal of Neuroscience.

Collaboration and cooperation are essential for human life. Improving interpersonal relationships is intrinsically gratifying. It is also a fundamental human need to belong. A feeling of belonging can promote both physical and mental health.

One essential part of this collaborative aspect of society is trust. Trust implies accepting a certain mutual risk regarding the other person.

The decision to participate in collaborative interactions requires considerable and permanent risk. However, this is adapted depending on the stage and intimacy of the relationship.

The researchers at Dartmouth wanted to understand the mechanisms that underlie this process. In order to do that, they put a computational model of social value to the test. This model was made to predict decision-making in situations of collaboration.

The role of social value in decision making

Twenty-six volunteers participated in the study by playing a trust game of repetition.

The participants thought they were playing a game about economic investment. The participants played the game with a close friend, with a stranger, and with a slot machine. Though the situation changed, in reality, they were always playing with a simple algorithm that offered reciprocal trust 50% of the time.

The researchers developed this computational model to predict the decision that each player would make in each round based on their previous experiences in the game.

The researchers also observed that the model of social value helped to better predict their investment decisions, as the models are only able to consider financial payment.

The behavior of the participants was predicted by the model. The model determined that people receive a signal in their brain of a reward of social value from the reciprocity of conditional collaborative decisions. The strength of this signal is relative to the closeness of the relationship.

This signal of social value is associated with the amount of activity in the ventral striatum and the prefrontal medial cortex areas of the brain. The model significantly predicted the parameters of the reward of the model of social value.

The neuro-image showed that the specific brain signals observed in the ventral striatum and the prefrontal medial cortex correlated with the signals of social values when the participants made decisions.

The ventral striatum is a key connection in the processing of rewards. The prefrontal medial cortex is associated with the representation of the mental state of another person.

Together, these regions provide additional evidence that the players experienced the greatest social reward when they realized that they were playing with their close friend.

“These results show the importance of social relationships in how we make decisions every day, and specifically how relationships can change our perceived value associated with a given solution,” states Lucas Changel, a coauthor of the study.

Therefore, according to the researchers, it is demonstrated that social value motivates collaborative behavior in repeated interactions.

Link copied!
Interesting Articles
Biographies
Michelangelo Buonarroti - A Man Ahead of His Time

Culture
The Story of the Famous Desiderata Poem

The word “Desiderata” comes from Latin and means “things that are desired.” It is also the title of an extremely…

Culture
The 8 Ways to End Suffering According to Buddhism

Culture
17 Things Kids Said That Will Make You Smile