7 Photos That Capture a Piece of History 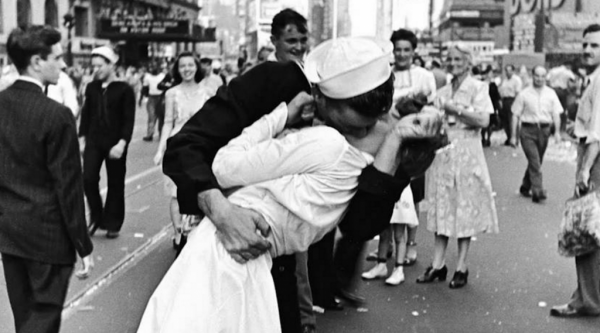 History has given us some priceless pictures – portrayals of the best and the worst things that humankind has achieved. Photographs that paint a picture of unusual moments that later on, through the eyes of history, would have a priceless relevance. Thanks to them we are able to get to  know a little bit about what some of the most important personalities in history were like before they became familiar faces. Through them we can also see a reflection of the effects of war in the faces of the people who were experiencing its sufferings.

Also, thanks to them, we have been able to freeze moments in time that would never be repeated, like the Beatles’ last concert on a roof in London in the late 60’s or the construction of the Eiffel Tower in 1880. Here are 7 photos that are in themselves a little piece of history.

It seems that the co-founder of Microsoft and currently the richest man in the world also had time to do some speed tests, and we’re not just talking about sending computer files. Bill Gates’ great passion for cars caused him to be stopped for a traffic violation. His business partner Paul Allen had to pay bail.

Clearly you can be a philanthropist, dedicated, a vegan, a computer revolutionary…and still be picked up by the police. Here you have the priceless evidence.

The Rolling Stones at the Beginning of Their Eternal Youth

“Bio” yoghurts are great, but it seems that the “old rockers never die” refrain contains a more effective formula to keep you in  shape (digestion aids aside). This group of youngsters has shown that passion, dedication to pleasures and moving your hips is not so undesirable after all, even after hitting 50 years of age, and you can see the results even today.

“The Godfather”: a question of class

You can try to have class and style, but no matter how hard you try, in the end you just have to admit that this is something that can’t be achieved by trying. Either you have it or you make a fool of yourself, even if you appear on the best magazine covers or have millions of followers on instagram. Here we see the image of a lady and a gentleman, exuding class and elegance, both on set and off it.

Not all miracles come from God…

If you think all “miracles” come from God, then go and ask Stephen Hawking. In this photo taken on his wedding day, the British genius had already been doomed to death by the doctors, but, of course,  he had a few little “issues” that he still had to deal with, just little ones, such as the theory of black holes or the origin of time.

It seems that the miracle took place thanks to the efforts of his first wife Jane Wilde, and also advances in science, which combined to prevent his disease bringing his life to a tragic end, even though his physical deterioration led to a state of complete immobility. His sense of humor and his continual scientific contributions mark him out as an example of a struggle that doesn’t so much produce compassion in us, but rather admiration.

To get to your destination you first have to build bridges

The famous Golden Gate Bridge in San Francisco that links this city with the county of Marin was not always there, as emblematic as it may be. They had to set to and build it, and it was truly the greatest engineering achievement of its time, back in the 1930s.

An ideal background for numerous movies and an amazingly iconic landmark, one which has attracted not only an multitude of curious tourists, but has also been the place where over 1600 people have chosen to commit suicide. In 2014 it was agreed to build a steel network that would put an end to this tragic statistic.

Behind a certain Marilyn Monroe was a certain John Kennedy

Marilyn Monroe is possibly the most famous woman in history. Many just think of her as a sex symbol, but her story and her intellectual defiance add a touch of mystery to her character, and make us curious to find out more about this woman to whom some attribute an IQ superior to Einstein’s.

She had an amazing acting capacity, but was best known for being the explosive blonde who had an affair with John Kennedy. Seeing this photo is curious as she seems the main player in the story, although this can only be valued retrospectively.

We’ll finish off this review with a curious picture of a dog, but not with just any old dog, because we are talking about Hachiko, the star of the story who is able to make us cry, whether watching his film, reading the book or simply contemplating this picture. This dog and its loyalty to its owner touch our hearts in a timeless way, and with universal tears. That’s what photographs do: they capture the moments that perpetuate our feelings.

When you have a goal, it's not just about trying to get into certain habits to get moving in the…

Culture
Introverts: As Beautiful as a Sunset

Culture
Thank You Mom and Dad for Always Walking Beside Me

Thank you mom and dad for always being by my side, even if I didn't always see it. Thank you…

Yoga is a very ancient practice that has slowly made its place in society. Yoga cultivates the body, mind and spirit. Through postures, meditation and breathing, among other things, yoga relaxes you…

Culture
Why Do We Remember Some Dreams but Not Others?

We spend nearly a third of our lives sleeping. But we don't always remember what happens in our dreams. We…