Marilyn Monroe: The Psychological Portrait of a Broken Doll 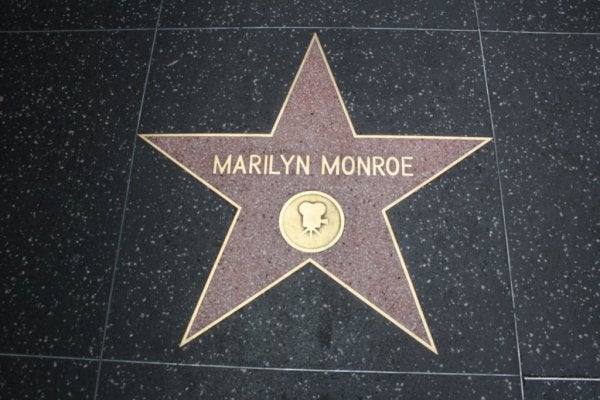 From a tragic death, a myth was born.

It’s important to remember that during Marilyn’s times, the media wasn’t nearly as intrusive into the lives of celebrities as it is today. But there were many stories surround Marilyn Monroe…

Marilyn Monroe was distinguished by her physical appearance at a time when women who undressed easily and women who appeared on the big screen didn’t tend to coincide.

She arrived at Hollywood studios to flee her life as a factory worker. There, she ended up working even harder because her calling was to be an actress and a model.

With a past marked by sexual abuse during adolescence, along with a family history of mental disorders – in both her maternal grandparents and her own mother – the life of Marilyn Monroe showed the ideal psychological framework to develop all types of mood disorders.

One of the most interesting features of her adult personality, especially in the several years before her death, was her desire to be close to intelligent and artistic people, and authorities that she recognized as the father figures she never had.

Among these figures, it’s worth it to point out Arthur Miller, because he was the one who spent the most time with her. She was also the one who influenced and inspired him to begin writing poetry and reading novels.

Although information has been gathered about her appetite for culture and intellectual capacity, Arthur Miller would claim at the time that he never actually saw her finish a book. Of course, her intelligence was never denied.

Through accounts of people who knew her, biographies of all kinds, and analyses by students and professionals in psychology (mainly Marilyn’s, Ralph Greeson), we’ve gathered a sense of Marilyn Monroe’s psychological profile.

It’s known that she suffered from histrionic personality disorder: an emotional disorder that has some features that fit perfectly with Marilyn’s seductive style.

This disorder is characterized by excessive concern about physical appearance, extreme sensitivity about disapproval and excessive exuberance in demonstrating sexuality.

This occurs to the extent that the person isn’t able to hold a conversation with the opposite sex without there being a predator-prey role and low frustration tolerance. It also includes a need to constantly be tended to, regardless of the means she had to use to obtain this.

This state increased in the fifties when her marriage with Arthur Miller failed. She showed the world the truth about a woman who used promiscuity to escape from herself.

From the start, she simply wanted to be taken seriously. And yet, to achieve this she utilized her physical attractiveness: a fact that certainly got men of great culture to prostrate at her feet.

However, she eventually became aware that her appeal wasn’t about what they saw in her as Norma Jean Mortenson. It was instead in the sexual myth that was Marilyn Monroe.

This truth caused her to resort to new conquests and infidelities, so as to fill a void that only came to an end after an overdose of barbiturates.

Interestingly enough, she always wanted to be remembered as a great actress. And, while during her life she wasn’t always recognized as such, in her later years, she received a certain amount of recognition for her work.

Her most important legacy was a stereotype: a “social cliché” that has lasted for decades and has yet to be forgotten.  The dumb-blonde look has never done her justice. But clearly, neither does the image that people try attribute to her nowadays: one of her being gifted.

Marilyn Monroe was simply a woman who suffered severe emotional deprivation, and had limited resources available to escape from the ghosts of her past.

She died prematurely having been a full-time actress who lived for the spotlight and the prying eyes, showing her best smile and playing along with the rules of the game.

We are surrounded by it. Sexist or gender discrimination, also known as sexism, is prejudice or disregard for another person…

Culture
How Did Iceland Stop Teen Drinking and Smoking?

Iceland has achieved something that would be a dream for a lot of countries in the world. Not only does…

You can agree or disagree with former Uruguayan president José Mujica. You can question his decisions, his politics, and even…