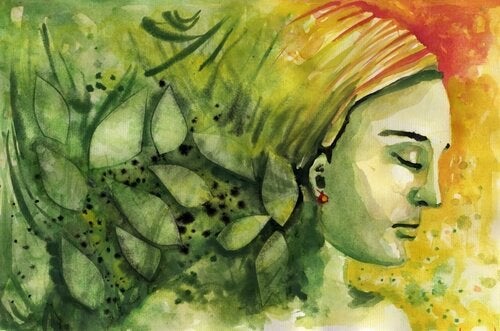 There are many ideas and myths about mentally strong people. Sometimes we spend too much time thinking about how to become more like them. Other times, we fall into the error of believing some myths that make us doubt the positive side of being mentally strong.

This time I want to talk about the most common beliefs about mentally strong people. You will see that they are like you and me. The only difference may be their way of accepting and facing the challenges of life.

Myth 1. They were born strong

You can believe that mentally strong people were born that way. You might think that they come with a different mentality that defines them from birth. The reality is very different. We are all born with the same cognitive, emotional and behavioral skills.

The differences arise from the way we are educated, the experiences we have and the vision we develop. So it is not unusual to see two brothers who have had the same life be totally opposite.

One could very well be on the list of mentally strong people, while the other is insecure. The difference lies in the prospects that each has formed and the emotional work they have done on their own.

Myth 2. They are cold and unemotional

This is totally false. Mentally strong people feel just like everybody else. In fact, many of them are the sweetest and nicest people you can imagine. The difference is that they know how to express their emotions.

They simply avoid giving all their love to people who do not deserve it. They are also prepared to end destructive relationships when they appear in their lives. There is no doubt this decision will hurt, but they know they must stay safe. You may think they are cold because they know how to control their emotions. But this is not a sign of coldness.

Myth 3. They are aggressive and unkind

Mentally strong people do not base their existence on pleasing others. Nor will they seek to control you or tell you how to live. But that does not mean they are unkind.

The idea that they are aggressive stems from the fact that mentally strong people have no problem in giving their opinion. If they don’t like an attitude of yours and if they think that you are trying to control them, they will set their limit.

Most of the time they will do so in a friendly way. The only reason they may become aggressive is when you do not respect their limits. Outside of that, they are just as friendly and accessible as anyone else.

This is another extremely false myth about mentally strong people. It is common that upon meeting these people you believe they have always had an easy life. The reality is very different.

All of them have been through experiences of failure, doubt, fear and sadness. Do not think that you are the only one who has had a difficult childhood? The difference is that mentally strong people are the ones who are not willing to allow these experiences to stop or define them.

They know that every experience has given them a valuable teaching if they take advantage of it. So they focus on having goals and achieving them.

Myth 5. Mentally strong people do not have emotional problems

The fact that a person is strong emotionally does not make them perfect. If you live with an emotional problem such as depression, and think that that’s why you cannot be mentally strong, you’re wrong. All you really need is to make the decision to combat these problems. From this decision you can take the road to becoming stronger.

Mental strength is based on skills we can all learn. Some skills will take longer but are not limited by anything.

Myth 6. Pain does not exist for them

Being a mentally strong person does not mean you will not feel pain. Both physically and emotionally you feel pain like everyone else does. The difference is that you will be aware that this is necessary to move forward.

Do not think that being mentally strong you can run a marathon for the first time without pain. This can only happen if you train enough. What does happen is that you’ll force yourself to continue because you will have enough emotional motivation to do so.

Now that we’ve debunked these myths about mentally strong people, maybe it no longer takes super human abilities to be mentally strong. And maybe you fall into this category yourself. Do you?

The 5 Pillars of Love In Highly Sensitive People (PAS)

A life that is experienced from the heart has a lot to offer the world. Highly sensitive people (PAS) should never close their doors … See more »

Link copied!
Interesting Articles
Wellness
Assertive Indifference: What it is and how it Works

Assertive indifference is a new expression that was first used in the field of relationships. However, little by little, the…

Wellness
12 Things We Can Learn from Children

Children have the amazing ability to spread their hope, their zest for life, their happiness, and their ability to adapt to change with ease. They…

Wellness
By Loving Solitude You Become a Better Partner

The value of solitude is still not recognized by society. We tend to think that those who prefer it as cold people. We get…