5 Types of Authority and Their Characteristics

Personal growth is incredibly related to the way we position ourselves before authority. Ideally, obedience should come from conviction and not from imposition. 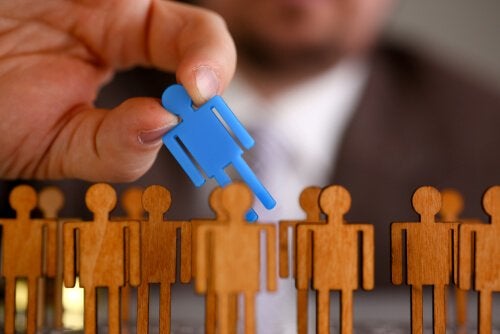 Although you may not notice it in everyday life, there are several types of authority. On one hand, there’s one thing they all have in common, which is that they raise norms or guidelines for behavior. On the other, however, they differ on the source from which that power emerges. In the same way, the reasons for obeying are different in each case.

In general terms, we can define authority as the power that a person or an institution exercises over others. Now, it’s important to remember that this power has different levels of reach. This depends precisely on the types of authority. For example, the impact of a mother’s order isn’t the same as that of a legal norm.

Furthermore, the consequences of disobeying different types of authority vary. Evidently, this has to do with the degree of power of each of them. Rules are everywhere and much of everyone’s life is defined by the way they relate to authority. For this reason, it’s important to know the different ways these powers manifest themselves and the effect that each of them has on human beings.

“Blind belief in authority is the greatest enemy of truth.”

Formal is one of the most common types of authority. It corresponds to those individuals or institutions that exercise power and influence over others. However, this will depend on the position they occupy or the activity they carry out. Its effectiveness comes from its ability to impose rewards and punishments.

This is the most basic form of authority. It’s imposed and not chosen or necessarily freely recognized. It’s precisely for this reason that this is one of the types of authority with the greatest potential for conflict. Depending on the extent that it’s imposed, it could give rise to a lack of real recognition.

2. Moral, one of the types of authority

This type of authority is practically the opposite of the previous one. In this case, the person or entity’s power is recognized. However, in a social or collective aspect, it doesn’t hold a position that grants influence to it.

In this type of authority, what matters most is subjective approval or sanction instead of reward or punishment. Moral authority gains power based on the respect it rises on others. The source of its influence lies in their values, experience, knowledge, among others.

“Moral authority is never retained by any attempt to hold on to it. It comes without seeking and is retained without effort.”

This one’s similar to moral authority, only that in this case, the source of influence comes directly from the leader’s personality or personal charm. Now, it’s important to clear something up. The individual doesn’t necessarily have to have a myriad of virtues under their sleeve. However, they know how to attract and exert their power over others. For this reason, the public proceeds to follow and obey them.

Obviously, the leader does need to show certain personal skills in order to entice others. However, these don’t have to be ethical nor moral. In fact, on many occasions, they gain power simply by demonstrating social skills.

This is one of the worst types of authority. The reason for this is that it’s always imposing something on others. Moreover, the source of power here is fear and generally corresponds to an arbitrary exercise of norms and precepts.

This is the type of authority that’s carried out through criminal acts. Usually, it’s a form of counter-power. In other words, those who exercise this authority impose norms that go against established laws or customarily accepted customs. This is quite perverse.

5. Democratic authority, one of the most valued types of authority

This is a very healthy type of authority. It’s part of formal authority, however, the way it’s implemented turns it into a moral authority as well. When it comes to this way of exercising power, the fundamental thing is the rules and not those who enforce them. At the same time, these regulations arise as the result of a collective agreement.

In this case, authority is shared collectively. Certainly, everyone exerts influence to some extent, but some do way more than others. When it comes to democratic authority, the interest of the majority prevails but always paying attention to the interests of the minority as well. Although it’s never perfect, it’s the healthiest form of authority.

In one way or another, we’re all subjected to some sort of authority. Without a doubt, that submission gives rise to some frustration. However, these hierarchies are essential for people to be able to live in a society in a peaceful and constructive way.

7 Characteristics of Authoritarian People, According to Psychology
Authoritarian people cast a long, menacing shadow over our lives. Whether in the family, at work, or in politics, you know it when you see it, by their use and abuse of power. Read more »
Link copied!
Interesting Articles
Social Psychology
I Have a Select Social Circle Where Honesty Is a Must