The Fun Theory: Rewards Over Punishments

The fun theory is based on the idea that people are more likely to do things that take some effort if they have a fun thing as an incentive. In other words, a rewards system can shape people's behavior. 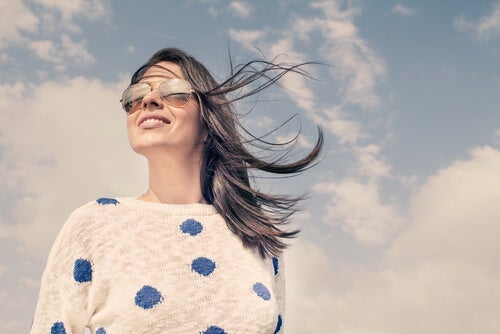 Until recently, we lived in a world where people thought that punishment was part of everyone’s education. School involved restricting students until they learned to restrict themselves. But we’ve mostly turned away from that idea. Thanks to theories such as the fun theory, it’s clear there are better methods.

We won’t deny that humans come into the world with highly selfish patterns of behavior. To learn to live in society, we have to gradually push away the idea that we’re the center of the world and that all of our wishes have to come true.

The fun theory basically says that people are more likely to do things they consider “annoying” when there’s a fun aspect to them. In other words, a positive stimulus can be a great incentive for people to follow certain rules or do specific things that are generally good for society.

The origins of the fun theory

The fun theory originated in 2001. However, it didn’t exactly begin in an academic setting. The company Volkswagen sponsored an experiment. In a cross between marketing and social responsibility, this automobile giant wanted to prove that both social and individual change are possible as long as there are incentives.

Thus, Volkswagen launched its “fun theory” to inspire people to live fuller lives, while obviously trying to give their brand a positive image at the same time. Their campaign involved conducting social experiments to see how people would react.

Each and every experiment set a dilemma at people’s feet. They had two options: one that involved comfort and routine and another that would require some effort but would also involve a fun, out-of-the-box experience.

The first social experiment they conducted was extremely simple, but also very revealing. It was conducted in a very busy place: the most highly-trafficked subway station in Sweden. To one side, there was an escalator. To the other, a conventional stairway. The question they posed was how they could get people to use the conventional stairway to exercise.

They came up with a fun answer to their question. They invented what they called “the piano stairs”. To do this, they simply painted the conventional stairway to look like a piano and also made each step sound when it was stepped on. It was like you were actually playing a musical instrument.

The results were surprising. Normally, about 95% of people used the escalator to go up to the street. But when the piano stairs were completed, 66% of people chose to use the conventional stairway. They also seemed happy to be doing it!

The second experiment they conducted to see if the fun theory really worked was even more successful than the first. Many people throw their trash on to the ground without thinking twice about it. With that in mind, they set up their next experiment, again in Stockholm, Sweden.

They installed some trash cans with special sensors. Every time someone tossed their trash into the can, it would play a sound like the one from cartoons when someone falls off a cliff. People found it extremely funny, and some even didn’t stop at throwing away their own trash. They threw away the trash that was already on the ground!

In just one day, they doubled the usual trash collection. Once again, this was proof that the fun theory could really work in some cases. But as of now, it’s something that has only been explored as a marketing tool for businesses.

The big question right now is whether this would work with bigger issues. As we mentioned above, we’re not sure if this theory could lead to long-term behavior changes. There’s not enough data to make a claim in either direction.

But in spite of that, what’s clear is that fun can persuade people to do things. Novelty and fun are strong enough incentives to make people want to be better.