5 Signs Your Child Has Autism 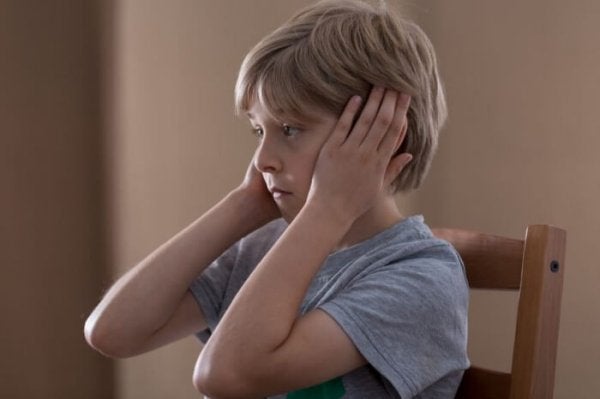 It’s not uncommon to hear people say things like “that student doesn’t interact much with others, he seems autistic,” or “you’re so independent and solitary, you seem autistic.” The word autism is used by some people to describe anyone who has problems communicating and relating to others, when that’s actually far from the clinical definition.

Many studies show that this neurological disorder affects boys more than girls and is diagnosed at around 3 years old. It usually appears gradually, meaning that if there are any warning signs, they add up slowly. It’s important to remember that treatment for autism in children achieves more powerful results with early intervention.

It’s also important to mention the hard work that must be done with a child who has autism. It takes years to see improvement, but if it’s treated early and systematically, it doesn’t have to cause huge dysfunctions in the person’s life.

Now that we’ve highlighted the importance of early identification and intervention, let’s look at some signs that could indicate your child has autism.

“There is currently no one standard treatment for ASD. There are many ways to increase your child’s ability to grow and learn new skills. Starting them early can lead to better results. Treatments include behavior and communication therapies, skills training, and medicines to control symptoms.”

1. The child can’t connect with others

People tend to make connections with each other, but children with autism appear distant, even with their closest loved ones. The disconnect is such that they react the same way to an angry face and a smiling face.

Children with autism focus on relationships with objects. For them, people aren’t particularly interesting, and they usually just ignore the information they receive from them, whether it’s in the form of words or gestures.

This causes the child to appear isolated and present behaviors that are strange or different from other children their age. Faces and expressions don’t call their attention. They don’t respond to a smile with a smile or feel the need to participate in fun games with other kids. Children with autism are solitary, and they feel no need not to be.

2. Their emotional reactions are disproportionate

All children have tantrums, cry, and shout in contexts that we consider normal. For example, if you’re in the supermarket and you don’t buy them that piece of candy that they want so bad, they’ll probably burst into tears and try to get your attention so that you change your mind.

Children with autism act in a completely different way. In normal situations, they have emotional reactions that don’t correspond to the context. There’s no apparent reason for these reactions; they seem to be provoked by nothing.

It’s very common for them to even direct aggressive behaviors towards themselves, like hitting their heads against a wall or with a toy they have in their hand. Why might this happen? It could be because they’re in a strange place or surrounded by a lot of people. New and strange situations can lead to this type of reaction.

3. There’s a delay in their language development

Normally, at around two years of age, children start to combine words like “baby chair” or “bad cat” as an attempt to imitate adult language. But children with autism don’t start to do this by themselves until much later.

This is one of the most significant signs, because while their peers are starting to say their first words and prepare their vocal cords for communication by babbling, children with autism remain absent and silent.

Many children with autism don’t start to make any sounds until they’re treated by a speech therapist. This can help them develop linguistic abilities that are normal for their age.

4. They display repetitive and hypersensitive behaviors

Children with autism have a tend to display repetitive behaviors. For example, they repeat the same word or put the same object in its place over and over again. Or maybe they can open and close a box many times without getting tired of it.

But repetitive behavior isn’t the most noticeable sign of autism; it’s hypersensitivity. Sounds, lights, smells, colors, and any other stimulus can make children with autism highly agitated.

Their reaction might be like the one we described above in point 2, a disproportionate reaction to a normal stimulus without apparent reason. A slightly loud sound, an unpleasant smell, a bright color – to a child with autism, any of those things can cause stress and agitation.

Due to their issues with interacting and communicating, children with autism don’t develop nonverbal communication, and therefore they don’t detect it in others. Before, we talked about how they respond the same to an angry face and a smiling face. Their behavior indicates indifference towards nonverbal stimuli.

For all these reasons, children with autism tend to maintain a serious expression that doesn’t correspond to the festive or relaxed environments that normally surround them. They don’t know how to express themselves with words or gestures, or if they do, their communication is very basic. For example, they might be able to do it to ask for something, but not to share something that called their attention.

Deborah Fein and Siri Carpenter have researched ASD and believe that while there is no permanent solution, the symptoms can be managed.

These are the most characteristic signs of autism. But before you’re bold enough to make a diagnosis, you should go to a professional. The earlier you identify the disorder, the sooner you can start proper treatment and therapy so that your child’s situation and prognosis can improve.

What Can Parents of Children with ADHD Do to Help?
Parents of children with ADHD can feel overwhelmed, but there are ways to help. Read more »
Link copied!
Interesting Articles
Psychology
Personal Growth to Strengthen Your Self-Esteem

The way you view yourself, your perceptions, and your beliefs about who you are and what you’re capable of doing…

Darwin taught us that we all come into the world with a set of resources that help us survive, some…

Psychology
Reading and the Brain: Have You Heard About What Reading Does to Your Brain?

Some things have the power to make positive changes in your brain. One of them is the act of reading,…

Overcoming a traumatic memory is almost always very difficult. But you have to do it before you let it harm you…