Indirect Language Can Cause a Lot of Harm 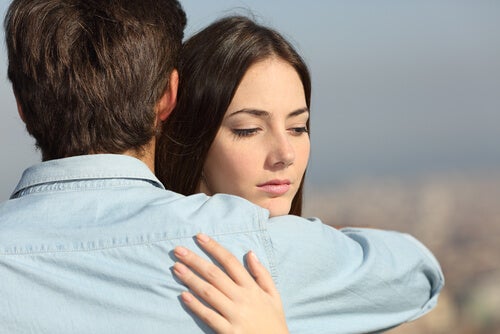 The ingenious and talented actor and comedian Groucho Marx immortalized the phrase “those are my principles, and if you don’t like them… well, I have others.” He was a great comedian who, through the use of comical indirectness, said everything he wanted to, no matter who he bothered. Indirect language can be used to make people laugh, which makes it seem fun, and it usually is.

But it can become a problem when it’s used in a different context and you’re trying to send an important message. In a context like that, in which the content of the message is especially important, people use indirect language because they don’t feel certain enough of what they’re saying.

If indirect language isn’t used in the right way and in the right context, it can cause real damage. By using distorted and manipulating language, you can ruin even the most important relationships.

What is indirect language and why is it harmful?

Indirect language is defined as an expression that’s used to make someone understand something, but without saying it precisely or clearly. This is the most accepted meaning.

In other words, indirect language can be fun…or not. If you look at a study done by professor James K. McNulty, he concluded that high expectations can ruin the happiness of couples whose bonds are not solid or free.

What does McNulty’s study have to do with indirect language? According to him, high expectations in marriage or relationships lead to personal and marital dissatisfaction. This all leads to a chain reaction of highly negative attitudes regarding communication.

The marital dissatisfaction McNulty found led him to conclude that it’s highly important to be direct when demanding change from a partner. You have to be clear if you want to motivate them to change.

When people use indirectness and nasty comments, according to McNulty, they’re paving the way for indirect hostility and sarcasm to take control of the relationship. This creates an environment where negativity runs rampant and makes it harder to resolve conflicts. This is clearly destructive.

Too much indirectness is a flaw in the relationship’s channel of communication. It’s a breeding ground for silence, contempt, aggression, and distance. According to the study, it hurt a good number of marriages.

“You shouldn’t talk cynically too often. But you should always be cynical.”

Other interesting cases of indirectness

Other studies have gone much deeper into problems related to indirectness. In 1956, anthropologist Gregory Bateson proposed that double-bind messages – such as receiving repeated insults frequently over time, while simultaneously receiving a contradictory nonverbal message – can lead to the development of anxiety disorders and even schizophrenia.

This doesn’t mean that you can’t use indirect language in your everyday communication. It doesn’t have to be pathological. You can use it casually, as long as you keep in mind that you’re putting a veil over your message that makes it harder to reach the other person.

How to use indirect language logically

There are obviously reasonable ways to use indirectness. Let’s look at a few ideas from McNulty, Bateson, and coach Victor Pacheco, who has also done work on this subject:

“The devil isn’t an earthly prince; he’s an arrogant spirit, faith without happiness, truth without doubt.”

Remember to use indirectness moderately, once you know the environment you’re in and you’ve laid the foundation for common ground with the other person. Otherwise, you could be creating a breeding ground that could ruin the relationship within a few months. Is that what you want?

How to Have Good Arguments with Your Partner

Link copied!
Interesting Articles
Psychology
Get Better Relationships by Learning How to Express Yourself

Having negative thoughts during the COVID-19 crisis is completely normal. It's important to know that, at this time, most people…