Facing Adversity: Harness the Wind by Building a Windmill 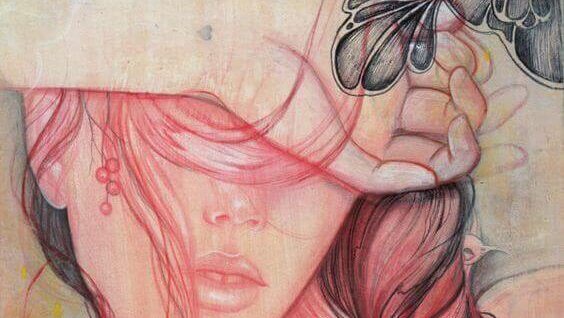 As we all know, windmills take advantage of the wind to use it for a specific purpose, such as harvesting grains. They use the velocity of the wind to produce work so that the energy becomes useful. When facing adversity, we can do something similar.

Metaphorically speaking, we must build windmills that help us harness the power of the wind, which doesn’t always behave the way we want it to. In fact, there are many times when we want to stop it but can’t. Sometimes the wind blasts us in the face and prevents us from seeing clearly, and other times it pushes us to places we don’t want to go.

By facing adversity, you find strength you didn’t know you had

How many times have you overcome a difficult situation? It seems cliche, but it’s true: there’s no storm that has no end, and there’s no wind that doesn’t die down at some point. There’s calm after the storm, and it’s crucial to have a plan for when it comes.

“Obstacles don’t have to stop you. If you run into a wall, don’t turn around and give up. Figure out how to climb it, go through it, or work around it.”

When adversity takes control of your life, you feel like you’re living in a constant state of misfortune that keeps you from achieving your goals and being happy. This feeling is common when you come down with an illness or suffer some sort of personal failure, leaving you hopeless, sad, and powerless. Everybody has to face adversity at some point.

But there’s something else that we all have in common. Nobody can escape adversity, but we do all have a hero within us that gets stronger when faced with obstacles. A hero that can can see the light amidst the darkness and help you find the strength that you didn’t know you had.

Remember, airplanes take off against the wind

In order to be able to see a little bit of hope among all the chaos, you have to learn how to separate the main obstacle from all the small but inconvenient ones that make it even more difficult. Once you’ve done that, it will be much easier to build a windmill that will keep you in balance when the wind blows against you.

After all, airplanes have an easier time taking off when the wind is blowing towards them. Pilots prefer to take off like this because it allows them to take advantage of the force of the wind, meaning it requires less effort to gain momentum. In this way, they locate their goal and use their adverse position in their favor.

“Misfortune is never wonderful. It’s like icy, black mud, a painful scar that forces you to choose between giving in and rising up.

Resilience characterizes those who have the means to overcome the blows they receive.”

You can do the same thing if you use your inherent resilience. Everybody has the means to face bad situations and come out stronger. People develop new tools and skills and gain emotional balance after facing setbacks.

Resilience helps us stay positive and understand that if we’ve overcome pain before, we can do it again. But in order to do so, we have to work through our negative emotions instead of trying to ignore them, because they’re just as necessary as the positive ones. Crying is normal, shouting releases all the built-up emotions, and acknowledging what happened makes us human.

The hero inside you

No matter what happens, never forget about the hero inside you, the hero that shows up courageously and destroys all your fears. Instead of letting the wind drag it through the ground, it gets up and keeps going. Remember, you’re going to get through it. One day it will stop being so cold, because you have the power to resist adversity and scare it away. It’s usually nothing more than a ghost.

Surround yourself with people who give you the warmth you need. People who will hold your hands tightly to get you through the rough patches. They’ll never leave you alone; they’ll hold you until you find the strength to set new goals. And in the end, you’ll learn more about yourself than you ever have before. You’ll be grateful and you’ll know that not even the strongest wind can knock you down.

“There’s nothing more admirable or heroic than finding value in the midst of misfortune, and coming back to life after every blow that should have killed you.”

We learn the most about our own limits from the worst situations. In the end, the only reason we can get knocked down by adversity is because we can also get back up.

Those Who Haven’t Faced Adversity Don’t Know Their Own Strength
Adversity is underestimated. What we usually don’t take into consideration is that behind every adverse situation there is a fight reaction. Read more »
Link copied!
Interesting Articles
Emotions
The Body Language of a Guilty Person

The body language of a guilty person isn't easy to detect for several reasons. The first one is that guilt…

Wellness
12 Things We Can Learn from Children

Children have the amazing ability to spread their hope, their zest for life, their happiness, and their ability to adapt to change with ease. They…

Wellness
I'm Not Cold, I'm Just Afraid of Being Hurt

We live in a society that seems to lack intimacy. It is bad for boys to cry because crying is…