Does Success Hide Behind Our Many Failures? 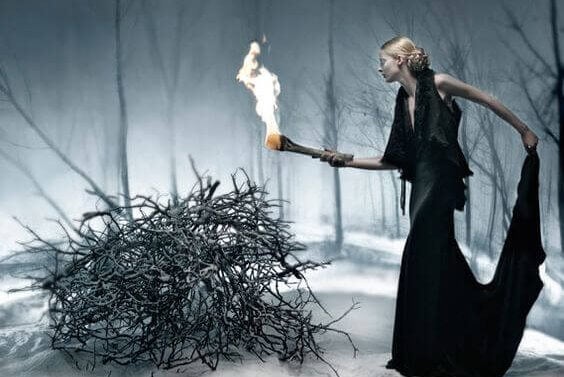 The answer to the question in the title is a resounding “yes”. Trying again is a right and a sacred duty that no human being should renounce. He who has had to face great difficulties and failures for many years has two choices as paths. They can choose not to try and let themselves get carried away by the ineluctable inertia of life. On the other hand, they can try again and use their accumulated experience.

Many people have tried again after decades of failures and difficulties. Did you know, for example, that Nelson Mandela spent 30 years in prison before he got out and become the man who changed South Africa’s history?

But of course, “He was Nelson Mandela and I’m just a common average person,” many would say. But, it’s likely that these people will point out the thousands of reasons this great leader of Africa was successful. They’ll say why they can’t be so as well. They don’t realize that it is precisely this resistance to try that is their biggest obstacle. Their barrier in order to achieve what they set out to do.

It’s true that those achievements of historical and global transcendence required the convergence of diverse circumstances. Yet, it is also true that there are individual achievements which are comparable to these. The simple act of someone reaching their dreams, after enduring long periods of failure, is an invaluable example for the people around them. It is an effort that makes the world in which we all live in a better place.

Trying is even more important than succeeding

A life that is exciting and worth living is one in which you never give up on trying again. Why do we live if not to make the experience a tribute to life itself? Of course, you can float through the world without a single hint of awe or excitement. Nobody forces you to come out of your boredom, to show your bravery, to accept the risk of losing. But let’s be honest: if you don’t, it’s not because you can’t try something better. Ultimately, what’s going on is that fear is controlling you and that’s why you’re refusing to try. Don’t be fooled: it is not fatigue, it is not inability, nor is it a matter of age. Surely, it is fear that is stopping you.

Perhaps you have not realized that attempting to go after what you desire is just as or even more important than actually accomplishing it. That’s the salt of life. What gives flavor to your days, afternoons, and nights. It’s what marks the difference. Feeling satisfied by the simple act of living or trapped in the question of why you are living at all.

The deceitful concept of failure

I looked up the etymology of the word “failure” and found a surprise, which I already intuited. This word comes from the Latin root “quat”, which means “shaken”, and the Italian prefix “fra”, which means “in between”. So, the word failure comes to mean something like “being in the middle of the shake”. What do you think?

If we relate this to the topic at hand, we could say that failure can be viewed as a shock. It is a crossroads to awaken our attention, to wake up to something. Because failure is just that: a finding that draws you out of the mistake and allows you to open your eyes. In fact, its negative connotation was made even more negative when different models started to compare the functioning of the mind with that of a machine.

At some point in history, the word “failure” became a synonym of “defeat”, when it definitely is not. It seems that all of this is only valid in the language of war. It is in that area where even the successes and achievements are sad. Where failures are realities that put your liberty, life and dignity at risk.

In the fertile terrain of human activity, failure, that “shake”, is rather a moment of revelation. That’s how it works in science, art and every positive field of reality. There is practically no human action that doesn’t incorporate the component of failures and another component of success, at the same time. One of the few occasions where failure becomes a hard defeat is in dark moments when we decide to not try one more time.

Wellness
We Do Not Listen to Pay Attention, We Listen to Respond

We hear, but we do not listen. We are in a society where we are not always interested in what…

Wellness
My Mistake Wasn't Loving You, It Was the Expectations I Had

It's never a mistake to love someone, because the act of love is noble, pure, authentic, and instinctive. However, even…