The World is Full of Meaningful Details that Deserve our Appreciation 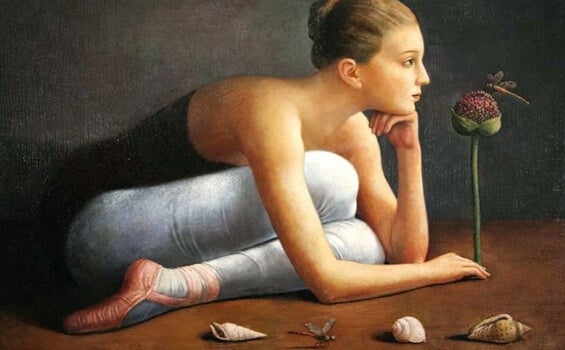 Some people look but don’t see. Some hear but don’t listen and touch but don’t feel. That’s why I prefer those who appreciate the meaningful details and subtleties of life.

I like people who know how to observe and go on an inward journey. Because combining intentionality with excitement means a much more enjoyable life.

Anthropologists and psychologists say that observation has always been the key to mankind’s survival. However, we’ve reached a point in our evolution that is defined by distraction.

We each form part of a nonstop, overstimulated society ignoring our senses but at the same time not able to sleep. We want to do everything without really seeing what or who is there in front of us.

“Thinking is easy, acting is difficult, and to put one’s thoughts into action is the most difficult thing in the world”
-Goethe-

Experts tell us that if we didn’t use to be good observers, we probably would’ve gone extinct. Our ancestors used all of their senses to perceive danger or beneficial things too. We tuned our hearing, sight and smell in to capture every detail of our environment … Nothing escaped us.

However, now most of us have become lazy observers. Neither acoustic nor visual signals are enough to make us look up while crossing the street.

Not only are we not perceiving danger, but some of us are also missing meaningful details and the fascinating subtleties that make up life.

We also need to remember that “seeing is not the same as looking”. To understand this better, let’s look for a moment at Edward Hopper‘s painting, seen above.

Some will simply focus their eyes on the work for a few seconds without appreciating or noticing anything. Others, though, will look with intention.

They will decide what to see, capture the soul of the painting, read into its meaningful details. In fact, they will “contemplate” it to the point of picturing themselves inside of it.

A good observer, someone who transcends reality, will perceive the subtle puzzle that Hopper tried to convey with this painting.

We see two women in a restaurant. The strangest thing is that they are very similar, including the gesture of the woman in front. The reason? The young woman before her is her doppelgänger, her double, her “other me”.

The act of “seeing” is the first step of consciousness. It is a tiny “me” that helps us to discriminate things, objects, people. However, it is the act of “looking” which allows us to wake up, offering us the opportunity to see to the other side to make contact with its soul, and to capture its essence.

Interestingly, the enneagram test includes an “observer” personality, defined as a curious, innovative person. They’re able to distance themselves from things to make their own judgments. They also have independent, simple and very insightful personalities.

The world is full of meaningful details that deserve our admiration

In today’s society we see but we do not look. We swipe our phones in a routine, mechanical, sometimes obsessive act. We sit in front of the television and just absorb what they throw at us.

The same thing happens sometimes with our life, we see and breathe but we don’t live, at least not how we really could: with eyes wide open and an open heart.

One of the most interesting books on the subject is “Listen with the Eyes” (Escuchar con los ojos”) by Ferrán Ramón Cortés.

His point cannot be simpler. A man suddenly sees one of his most valuable colleagues leaves his job. The protagonist doesn’t understand why and realizes that despite having worked 5 years with her, he doesn’t know her.

So he decides to improve his social skills. He decides to start doing photography and learn to look at the subject to better understand his life. To capture details, transcend, know how to contemplate.

He wants to reach people with authenticity by taking the “layers of the onion” off one by one.

To conclude, all of us can choose one of two options in our daily lives: to merely see life or to closely look at our reality, to be an active participant.

There is also a third, more rewarding option, though it takes more time and willpower. It is the choice to “contemplate” our life, to touch the soul of things and immerse ourselves in its many mysteries and enigmas.

If You Want to Truly Live, Live Slowly
Nowadays, we try to do everything as fast as we can. We strive for efficiency. But is this a healthy way to live? This stressful lifestyle has consequences. Read more »
Link copied!
Interesting Articles
Wellness
Compassion Fatigue in Health Professionals

Sometimes, health professionals are unable to make the person they're treating feel better. This produces a form of post-traumatic stress…

Wellness
I've Decided to Forget You

Wellness
How Impulsivity Hurts Us

Are there benefits to being impulsive? Impulsivity hurts both us and those around us. Worst of all, it's something unconscious and causes us to regret our words or actions, but we can't go…

Wellness
Avoiding Heartbreak: Jumping from One Relationship to Another

When you go through a breakup, the pain and suffering you feel can be very intense. These emotions might even make…