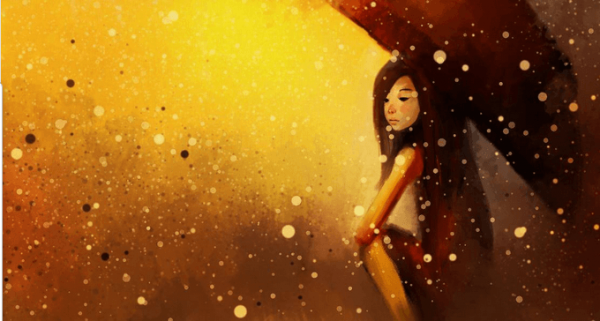 If someone wants to do something, they will find the time for it. If they don’t have time it’s because they don’t want to or they have other priorities that interest them more. So don’t let people lie to you and don’t deceive yourself. In fact, there will always be a space reserved for a person someone really wants to see: this is the basis of affection and love.

“Remarkable people are priority-driven. This is the secret of time mastery.”

As we grow up, life keeps making the task of finding space for others or for activities that we really love ever more complicated, mainly because we get taken over by other occupations that steal almost all the free time we have. However, it is not true that we don’t have time: they say that “where there is a will there is a way”, and, in terms of personal relationships, this is a very important premise.

You shouldn’t have to beg for attention

It is a natural consequence of the passing of time that we have to learn to organize the free time that we have around things like work, children and studies; that’s why there are people that affirm that life is a series of priorities and second choices.

When we mentally categorize our relationships as priorities or options, what we are really doing is basing our decisions on the value we give to some people over others. So, open your eyes as far as you can, and if you can see that someone isn’t giving you the value you deserve, don’t beg for it. Begging for attention is something that no one deserves to do.

If you come across a situation where you feel you are giving 100 percent of yourself for something which should be reciprocated but isn’t, perhaps it’s time to see that behind the lack of time there are excuses and lack of interest. It is usually painful and disappointing, but in the longer term it is healthier to solve this imbalance than to keep sustaining it. At the end of the day the union of two people is a contract in which giving is rewarding but receiving is also necessary.

I learned that who doesn’t look for you, doesn’t miss you, and who doesn’t miss you doesn’t care for you. That destiny determines who enters your life but you decide who stays. That the truth hurts only once and a lie every time you remember it. There are three things in life that leave and never return: words, time and opportunities. Therefore, value whoever values you and don’t treat as a priority whoever treats you as an option.

How do I know if they’re treating me as a priority?

There are some key behaviors that help us to realize when someone doesn’t want to share even a little bit of time with us. The motivation behind many of these behaviors is that they see you as a possibility and not a certainty. You should believe that you deserve to be a priority plan and not a safe backup when initial plans fail.

For example, it’s happened to all of us at some point that we’ve had a friend, partner or relative that we would undoubtedly include in our priorities but who, at a given moment, has started to leave us to one side. Something might have happened or you might just need to talk about it, but you also might have already done that and be finding that the lack of interest in staying in touch or sustaining the relationship is progressively worsening: remember that loving yourself has no time schedule.

Freedom is knowing you can choose

When someone considers us a secondary option, like the plan B that no one wants to be, what they are doing is freely choosing what of themselves to share and who to share it with, and it turns out that this choice has put us in second place.

“If someone wants you in their life they will make space for you without you needing to fight for it. Never stay with someone who constantly ignores you”

Even if it hurts, you can’t force others to respond to you as you would like, in the same way that you can’t sacrifice your dignity and self love at the cost of that person’s selfishness. Unequal affection will only lead to a false reality full of hope for a future which is unlikely to ever become a present.

You also have that freedom of choice. Choose well whom you want in your life, and when you do it, it is probably the right time to think about who has chosen you in their life: value those who show you that they want to be at your side.

It’s about cultivating honest relationships that enable us to keep a balanced self-esteem and that allow us to mutually nourish ourselves. It isn’t easy but there’s never been such a thing as good rewards without a challenge.

Do you know people who think they're always right? Do you feel that they treat others with contempt or superiority?…

Psychology
Creativity Depends on Where You Come From

With the "creative class" on the rise, many companies are trying to capitalize on imagination and innovation. But when it…

Psychology
How Relationships With Toxic People Affect You

Unfortunately, toxic people are a very normal phenomenon in the society we live in. An absolutely unnecessary evil, but one…

Psychology
Loneliness and Anxiety: Why They Go Together and How to Escape

Loneliness and anxiety are two of the biggest issues in today's world. Every day there are more and more people who…