William Wilson: An E.A. Poe Story that Makes You Think 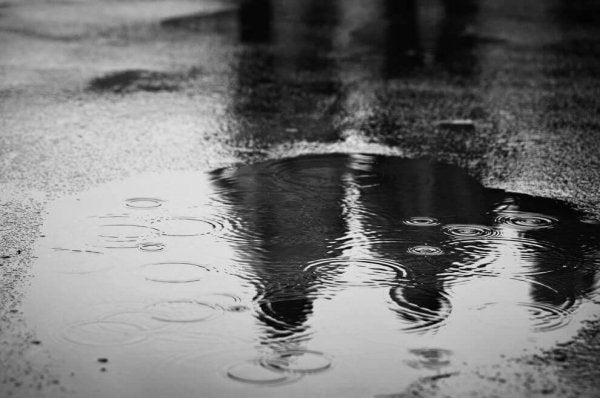 Edgar Allan Poe is one of the most renowned literary geniuses in the world. It’s not just due to his work, but also due to his turbulent life. There’s also the matter of his death and mysterious visits from a possible admirer to his tomb. Aside from giving us such memorable works such as The Raven, he has definitely been a figure of mystery. Without a doubt, he’s a very interesting character. Among all of his literary output, we’d like to highlight a special tale – William Wilson. This is a short story that brings us closer to understanding the subconscious of the author. It contains a theme that is highly popular in literature: that of the double or doppelgänger.

Edgar Allan Poe was born on a 19th of January in Boston, USA. He is considered the originator of the detective tale, the renewer of the Gothic novel, and, without a doubt, a master of horror with William Wilson. This is a psychological horror that analyzes the human mind and perturbs us.

Poe and the double

Perhaps if Poe’s life had been a calm one, he wouldn’t have had problems with alcohol or his family. He wouldn’t have been the literary genius we know today. Poe’s life was, without a doubt, tormenting. This anxiety and mental torture he lived is reflected in his work.

William Wilson is one of E.A. Poe’s most interesting stories. It’s a story that features the idea of the double. It’s a before and after. William Wilson is a story told in the first person, where the “author” is presented as William Wilson. This is despite the fact that he tells us it’s a false name. The history revolves around the life of this character and one companion. His companion has the same name and last name. He will follow him around throughout his life.

The subconscious, the double, and literature

Psychoanalysis, despite what it may appear to be, can be very useful in the analysis of literary texts. This is especially true of those who have a high amount of symbolism. Psychoanalysis can be a useful tool for literature and for the interpretation of dreams. For Freud’s psychology of daily life, the idea is broached that dreams are a liberation or expression of traumas related to the famous psychological structure: unconscious, preconscious, and conscious. The unconscious attempts to bring traumas to light. Freud interpreted dreams as a vehicle for this voyage to the conscious.

Literature and art have been seen as a mechanism similar to dreams. The authors, through metaphors and symbols, allow people to see possible traumas. Freud groups a series of phenomenon we see in literature. These are: the appearance of a double, a dismembered body, magical thinking, etc.

Throughout the history of literature, you can find a great many symbols and metaphors we can interpret through psychoanalysis. One of the most studied cases is, perhaps, the Oedipus Complex. You can also find numerous phallic symbols and symbolic death of the father figure (elimination of the rival). You see this in countless poems and literary works. One good example of this would be the poem The Mother by Damaso Alonso. In art, there’s Saturn Devouring His Son by Goya. This work has been interpreted through psychoanalysis. It’s related to cannibalism, melancholy, destruction, and sexual problems.

Literature creates a pathway toward the unconscious mind. This isn’t something that started with Freud. Rather, it has been present throughout history. For example, Aristotle said this about Greek tragedy shows. He said that truly brutal scenes can be viewed there, and through this emotions are freely purged and purified. In literature and art, we can observe all kinds of internal conflicts that are quite unpleasant. However, they give way to a sort of freedom.

The theme of the double is linked to the concept of the soul. It establishes a structure of duplicity and manifests through mirrors, reflections (water), etc. Because of that, when you analyze a literary or artistic work, it’s interesting to pay attention to these small details. They can give you hints as to the true meaning of the work.

Let’s talk about the mythological character Narcissus. He fell in love with his reflection in the water. It was one of the first examples of the theme of the double. You can also see it in some of Plautus’ comedies. Originally, the double was considered a comedic element, like to confuse twins for one another and tell something to the wrong twin or some other situations that could produce laughter. Nevertheless, especially with the arrival of Romanticism, the idea of the evil double arose. This is the “evil twin”. So the double started to be represented dramatically, leaving comedy aside.

William Wilson goes a step further than drama. William Wilson’s double isn’t the classic evil twin, but a “superior” being in some aspects. It’s a character who will be a type of voice of his conscious mind. It’s an improved version and, as such, a threat to the protagonist’s pride.

The theme of the double in William Wilson

The first-person narration and the date of birth of William Wilson (January 19th – the same as Poe), suggest that this is an autobiographical work. This isn’t surprising if you think about the author’s turbulent life. William Wilson is a representation of Poe’s conscious mind. It’s a glimpse into his internal struggle during those times.

The split personality is apparent from the beginning. This isn’t only due to the fact of the double’s appearance, but also because of the name that was chosen: William Wilson. The initial “W”, on its own, indicates a double nature. Aside from that, it’s also repeated in the last name. This is something that, keeping the plot of the story in mind, wasn’t chosen randomly.

William Wilson and his double become inseparable companions. This is something that gives way to hatred and attacks because the double is a threat. But, at the same time, William feels a sort of appreciation for his double, as he sees him as a reflection of himself. The similarities become more apparent as the story continues. The double even copies his clothing and how he walks. In this sense, William Wilson is a daring character. He doesn’t follow the law nor what’s “socially acceptable”. He likes to drink a lot of alcohol. His double, on the other hand, tries to sabotage Wilson’s plans.

The issue of the double is approached in an audacious and profound manner in this story. The double becomes a true nightmare for the protagonist. This is a clear reflection of the auth0r’s personal conflicts. The split personality becomes a burdensome situation that makes the protagonist very anxious. It will also, as was to be expected in a book of this nature, bring us to a spectacular chain of events. In addition, we’ll also see a mirror in the story.

It’s definitely a tale worthy of analysis since it has many symbolic elements. It also brings us closer to understanding Poe’s problems. William Wilson is a tale with autobiographical elements. The author questions his own lifestyle and strikes up a conversation with his own conscious mind.

“When reading, the soul of the reader is submitted to the will of the writer.”

The Importance of Poetry
The strangest thing just happened. A poet just won a Got Talent contest in Spain. Surrounded by songs and amazing act, poetry won the day. Read on and find out about Cesar Brandon, the unlikely winner. Read more »
Link copied!
Interesting Articles
Stories and Reflections
The Myth of Medea, a Sorceress in Love