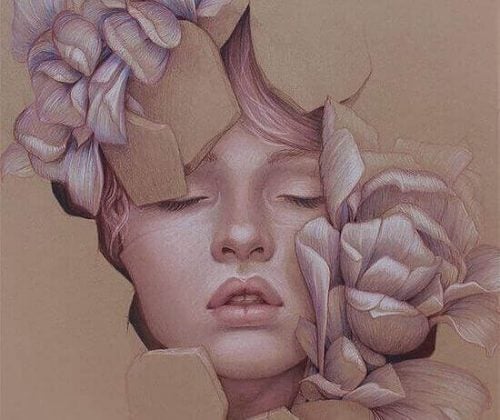 Life flows as a narration, but many plots are interrupted by events that end up turning into a trauma (or several traumas). They just happen and life goes on. No one ever prepares you in case of a trauma, do they?

Usually, regret or guilt produce more suffering in people who have a trauma than the actual traumatic event. Many people relive their traumas every day, making them feel scared, furious, confused, and out of control. They’re sure they could’ve done more, that they could’ve paid more attention, perhaps they could’ve chosen another way home. These people feel bad for not foreseeing the future at the moment. Also, they judge themselves hard and think about how different everything could’ve been. However, they all end up stuck with the same thought: what really happened.

The truth about traumas

Traumas belong in the past, but the scars they leave are deep and sometimes permanent, conditioning people’s thoughts and behaviors. For example, through the Rorschach technique, it was discovered that traumatized people superimpose their trauma before everything surrounding them.

In other words, and as a complement of what we’ve already touched on, a trauma also affects the imagination, which is necessary when considering other possibilities. As an example, people found that many war soldiers only felt alive when they remembered their traumatic past.

Helping trauma victims tell their story is important. However, inciting them and making them do so won’t make their traumatic memories go away. In order for there to be a change, their body needs to learn how to live its current reality without fearing what already happened.

Many studies have shown that people who were neglected during their childhood often experience sensations that lack a physical cause. For example, hearing frightening voices or showing self-destructive or violent behavior. The unprocessed fragments of the trauma are recorded outside the story.

When traumatized people are shown stimuli related to their traumatic experience, the amygdala (fear center) reacts, turning on some sort of alarm signal. This activation triggers a cascade of nervous impulses that prepare the body to escape, fight, or flee.

Some people deny their traumatic experiences. However, their body still remembers all of it, including the threats. That way, we learn to ignore the messages sent by the emotional brain, but the body’s alarm system doesn’t stop regardless.

Denying a trauma makes its physical effects express themselves as a demanding illness such as fibromyalgia and chronic fatigue. Medication or prescriptive drugs may ease unbearable sensations and uncomfortable thoughts. It’s important to note how important it is to treat traumas both on a mental and physiological level.

Several studies have tried to answer the same question: “What goes on in the brain of a trauma survivor?” Dr. Lanius asked: “What does our brain do when we’re not thinking of anything in specific?” Turns out we pay attention to ourselves, reaching a peak of self-awareness.

According to some researches, there was no activation in the areas related to self-perception in PTSD patients with childhood traumas. However, they did show low activity in the area responsible for basic spatial orientation.

Frewen and Ruth Lanius discovered that the more disconnected people are from their feelings, the less self-perceptive activation they showed. In other words, what this shows is that, in response to their trauma, they learned to disconnect the areas of the brain that transmit feelings and emotions related to fear.

“The most terrifying thing is to accept oneself completely.”

The threat of the “ego”

The fundamental system of the “ego” is divided between the brain stem and the limbic system, which activates when people feel threatened. An intense physiological activation accompanies the feelings of fear and terror. When people relive their trauma, they find themselves having the same paralyzing and uneasy sensation. After the trauma, the mind and the body activate constantly, as if they were facing that imminent danger once again.

Traumatized people feel like the past still lives within their bodies since the visceral alarm signals constantly go off. Many of them feel chronically insecure and see disconnection as the easiest way to cope with sensorial changes. They often have panic attacks and need to regulate their outside world, whether it’s with drugs, medications, or compulsions. Their inability to connect with their own body in a sustained manner over time explains the absence of self-protection, the difficulties in feeling pleasure and purpose, and the high revictimization rates.

The Challenge of Going Back to Life After a Trauma
After a trauma, there are often significant changes in the person's personality and life. The effects can be seen even many years after the incident. Read more »
Link copied!
Interesting Articles
Psychology
Be the Best Version of Yourself

We all seek out the best in ourselves, but very few succeed. Often, we are our worst enemies. Some people even…

Psychology
Treat Your Children With Care: They Are Made of Dreams

Children have their own rhythm, their own way of feeling, seeing and thinking. Trying to substitute that with our own ways of…