Hearts of Ice: People who Struggle to Express Their Emotions 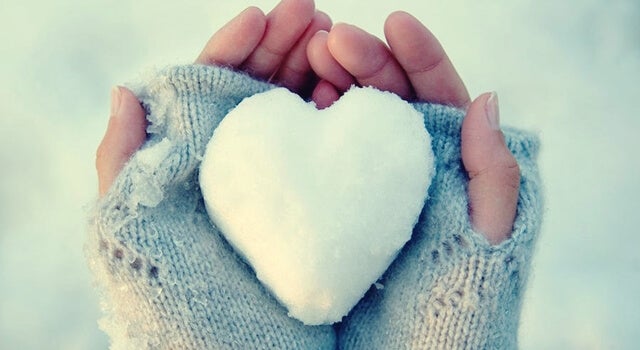 Affection and demonstrating it every day are, without a doubt, the psychological and emotional arteries that feed a happy, long-lasting relationship. However, some people don’t know how, can’t, or just refuse to speak this language of love.

We say these people have “hearts of ice”. They’re full of contradictions, fears, and barbed wire. This and their inability to express their emotions creates serious pain in their loved ones, including their children.

It’s not surprising, therefore, that affectionate communication is the cornerstone of any relationship. In fact, a lack of it is the main reason people get couples therapy.

It’s actually very common for one person to not feel appreciated. Often, there is an evident inequality between the two when it comes to giving and receiving affection.

“The means to change a person’s mind will always be affection, never anger.”

Some psychologists refer to this as a hunger to be touched, though it’s more than that. People with hearts of ice have invalidated emotions, problems expressing feelings without becoming hostile or withdrawn.

Few situations are as destructive for a person as these. Stay in that emotional emptiness and, sooner or later, you’ll begin to doubt the relationship and whether love is still there.

People need more than food to survive. Sure, our cells need nutrients so they can do all those amazing things that keep us alive.

However, strange as it may sound, affection also nourishes us, gives us strength, and makes us feel like part of a group. A group we can identify with, where we feel secure and happy.

A good example of this is Juan Mann, founder of the celebrated “Free Hugs” movement. He felt so deprived of human contact that, for a while, he thought the worst. Abandoned by his partner, without friends, with his parents divorced  and his grandmother ill, he thought he was going to die.

That is, until one day when something amazing happened at a party. A girl spontaneously hugged him as an expression of empathy for his sadness. The cold, for a moment, left his heart and the world had harmony, balance, and meaning once more.

After this brief experience, Juan Mann decided to put himself in the street with a large sign, announcing free hugs for anyone who needed one. This was wonderfully therapeutic for him. Until then, he had felt so deprived of contact and affection that he had sunk into an extreme depression.

He’d never been happier. In fact, as he explains in his documentary, what most amazed him was how people reacted. Though at first they were surprised, when they separated from the hug, all of them had a huge smile on their face. Everyone had benefited.

Hearts of ice, or inability to show affection

We know now that affection is so “primitive” and necessary that we see it in animals as well as people. Even animals look for this daily contact, friendliness, and emotional connection.

So, if these connections and expressions are natural, basic and magical at the same time, why are there people who act like they have hearts of ice?

There’s another aspect we can’t ignore: how we were raised. If we are born and raised in an environment lacking affection, where attachment is insecure or simply nonexistent, we probably won’t understand, value, or dare to offer affection.

After all, we didn’t get it in our childhoods. We will have problems expressing our feelings.

How should we deal with people who have hearts of ice?

Finally, to conclude, there is something else we must remember. We can’t “force” people to express their affection. This strategy never works. Actually, trying to do so may be counterproductive and do the exact opposite.

The most appropriate thing to do is to work based on the needs of each person, their psychological and emotional reality. In many cases the most logical strategy will focus on self-esteem and building a more positive self-image.

Remember, behind that spouse, friend, or child who is incapable of showing affection, there is a deficiency or problem that must be fixed together.

Wolf medicine is a medicine of the soul. It has nothing to do with alternative therapies or other derivatives. It…