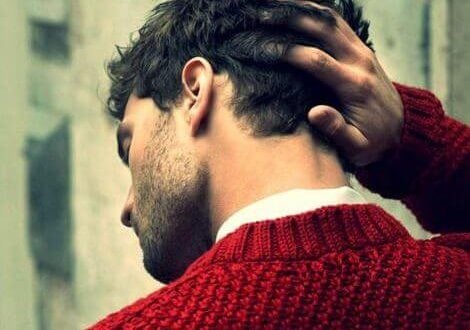 When we talk about domestic violence, we automatically think of men abusing women. This is normal, because this type of violence is more visible and also more frequent. It’s true that the number of women who are abused is higher than that of men. But that doesn’t mean we can forget about men.

Even though domestic violence against men isn’t very frequent, that doesn’t mean it doesn’t exist. According to the General Judicial Council of Spain, in 2007, only 2 men died at the hands of their partners. In 2008 the number increased to 6, in 2009 up to 10 men were victims, and in 2010 and 2011 the number stayed at 7. These figures are drastically different from those of women. In 2009, for example, the number rose to 55 female victims.

The National Institute of Statistics of Spain stated that only a quarter of domestic violence reports are committed by a woman against her partner. In the rest of reported cases, women are the victims.

The average age of the men who we previously stated were victims of homicide by their partners was 45 years old. In none of the cases was there a report of possible abuse. Perhaps shame stopped them from asking for help or led them to intervene in a complaint. But we can’t forget that victims of abuse have serious problems asking for help.

Victims of abuse suffer from not only physical aggression, but also psychological aggression. This causes them to distance themselves from their family and friends, feel ashamed over what’s happening to them, and feel afraid of opposing their abuser. The lack of visibility for male abuse victims means that society knows very little about this phenomenon.

But the most important thing to recognize is that the fear affects all victims of abuse equally, regardless of their gender. Because it doesn’t matter if you’re a man or a woman. Although in terms of the law, there is a clear lack of equality in this respect.

Abuse is the same for everyone

Child abuse, abuse towards a woman, or abuse towards a man – all these types of abuse are equal. The only thing that changes is the age and gender of the victim. Despite that, domestic violence towards men is sometimes taken less seriously.

You just have to do a simple internet search to find a bunch of videos on the subject. How do people react to a man abusing a woman on the street vs. a woman abusing a man?

Are men perhaps less vulnerable than women? People usually come to the woman’s defense. What about the man? People might laugh.

Men who suffer from domestic violence also get hit and have things thrown at them. They have bruises and marks all over their body. It doesn’t matter if they’re burly or if it seems unlikely that they would be abused by their partner. People can be victims of domestic violence regardless of their gender.

Gender-based violence is very different from domestic violence. Women enjoy more legal protection in Spain in this regard. A threat against a woman is considered a crime, while a threat against a man is a small offense. But a threat is a threat, and a punch is a punch, regardless of who receives it. Shouldn’t the consequences be the same, whether you’re a man or a woman?

Link copied!
Interesting Articles
Psychology
Before You Change the World, Start with Yourself

Some people try to change the world before even taking a look at themselves. They're those "saviors" in shining armor, people…

Psychology
Secure Attachment: The Strength of a Healthy Bond

Doing your part to ensure your children have a secure attachment protects their mental health. In fact, it will save…

According to official Registry data, there were over 800,000 divorces in the USA in 2016. Divorce provides a legal framework that regulates relationships in such a way that all family…