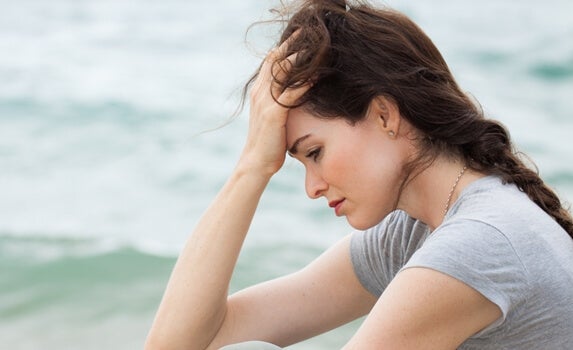 Some emotions we feel very intensely. Guilt, anger, sadness and rage are some of them. However, there is one that we haven’t mentioned and is so strong it can really tear us apart: humiliation.

Humiliation is a negative emotion that leaves a deep impression on us. Feeling like we’re worthless, merely mediocre, that whatever we do, we’ll be ridiculed…. sometimes it’s a cross we bear for a long time.

“It has always been a mystery to me how men can feel themselves honored by the humiliation of their fellow beings.”

University of Amsterdam researchers conducted a study comparing different emotional reactions of 46 volunteers. The researchers analyzed the participants’ brain waves while they saw insults and flattery on a screen.

The participants were also told stories where they had to put themselves in the protagonist’s shoes. It would encourage them to connect their emotions through empathy. For example, one situation was going to meet with a friend. Then, as soon as the person they were supposed to meet saw them, that person turned around and left.

The researchers found that the feeling of humiliation caused much faster and more intense brain activity than joy. It was more negative than anger, and areas linked to pain were activated.

Humiliation is a part of everyday life

Humiliation is an emotion that’s not uncommon in our day-to-day life. In fact, a lot of people are only able to communicate by humiliating others, somehow believing that they are actually doing good. However, they lack the empathy they need to convey what they want to say in a nicer and more subtle way.

For example, say a mother praises her son’s friend. She compares her son to the friend. Without realizing it, she’s overlooking her own son’s achievements. And if she makes the comparisons with both her child and her child’s friend present, her son will feel even greater humiliation.

We’re often in situations like this, especially in the workplace. This emotion is even invading relationships. It happens when one person makes fun of the other and makes them feel inferior. Humiliation is an unpleasant, intense emotion that usually creates deep, long-lasting wounds. It affects our self-esteem, making it hard for us to rebuild it later.

What can we do when faced with humiliation? How can we avoid letting humiliation leave a deep impression on us? How can we keep it from bothering us so much?

The secret is to know and value ourselves. By not granting more power to the other person’s opinion than to our own. By knowing who we are and not letting anyone else define us. To sum up, the secret is to watch out for our self-esteem so that in moments of doubt, we can get our self-confidence back.

To do that, we really must watch our inner dialogue: the way we talk to ourselves. Do we tell ourselves nice things, or do we just say over and over again, “I’m so stupid”, “I’m so bad at this” or “I am a mess”?

Let’s value ourselves so much that we become indifferent to anyone’s attempt to humiliate us. Because we can’t prevent others from humiliating us, but we can change the way it affects us.

“Even though it was a donkey that unseated me, I learned that to humiliate another person is to make him suffer an unnecessarily cruel fate.”

Now that we understand that humiliation is an attack on our identity and an attempt to cause us pain, let’s take action. Let’s start to value ourselves: let’s not depend so much on external approval and instead believe in ourselves.

A Simple Exercise to Stop Feeling Shame, Per Albert Ellis
Shame is an emotion activated every time we think we've broken a social norm. It fulfills a powerful function of social regulation. Read on to learn a simple exercise by Albert Ellis. Read more »
Link copied!
Interesting Articles
Wellness
An Eye for an Eye Leaves the Whole World Blind

Surely we all agree that people make mistakes. It's part of being human. We have all made mistakes, and we've…

Wellness
Neglect Is the Wound That Lasts the Longest

Neglect from our partner, from our parents in childhood, or even from society itself creates a wound that cannot be…

It's not that there is a group of wise women and another group of dumb women. Every woman, and every human being really, holds within her the seed of wisdom.…