Why Are People Attracted to Each Other? 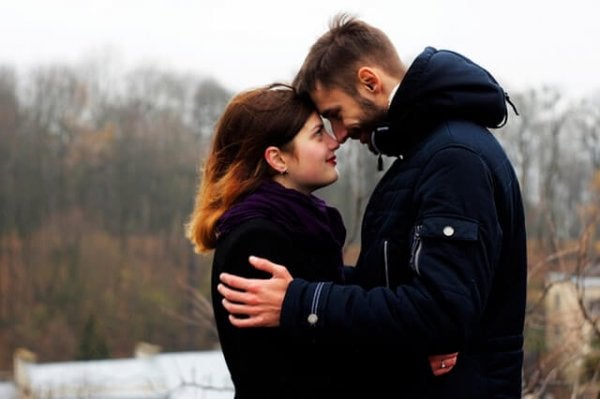 Why are people attracted to each other? This is a question that you might have wondered at one point or another. There is actually quite a lot more research on affection and attraction than other subjects.

Maybe it’s because it has always been a simple thing to research. After all, it’s relatively easy to produce attraction in people who don’t know each other. But it can be difficult to encourage and observe romantic relationships over long periods of time.

Elizabeth Barret Browning, the nineteenth-century poet, wrote: “How do I love thee? Let me count the ways.” Browning chooses this way to express her feelings on a subject that’s central in most people’s lives. Attraction is very important for social psychologists.

Factors that influence attraction between people

Traditional studies help us understand the factors that cause initial attraction between two people. Here, we will discuss some of what social psychologists consider the most important factors.

If you live in a dorm or an apartment, think about the friends you made when you moved there. Odds are, the people who lived closest to you are your best friends. In fact, this is one of the most concrete findings in the literature about attraction. Proximity, as we can easily prove, leads to affection (Festinger, Schachter, and Back, 1950).

Repeat exposure to someone tends to be enough to generate attraction. Interestingly, repeated exposure to any stimulus (whether it be a person, a painting, a CD, or something else) will make that stimulus more pleasing to you (Zajonc, 1968).

The process of familiarizing yourself with a stimulus can evoke positive feelings. The feelings that familiarity generates transfer themselves onto the stimulus itself. There are, however, some exceptions.

When the initial interactions are negative, repeated exposure is unlikely to make us like someone more. In fact, the opposite is true. The more we are exposed to that person, the less we like them.

Popular wisdom talks about two people who are “made for each other.” Unfortunately, it always tells us that opposites attract. Social psychologists have a definitive verdict about which one of these two statements is true.

There are several reasons that similarity increases the possibility for mutual attraction. One of the reasons is that we assume that people with similar attitudes will see us positively. Affection has a strong reciprocity effect. As a result, knowing that someone sees us in a positive light encourages us to pay attention to that person.

The need for someone who complements us

We all know exceptions to the general rule of similarity in attraction. There are couples who don’t seem to have anything in common. They don’t share similar traits, interests, or attitudes. Nevertheless, their components attract each other.

Social psychologists give some examples of this. Some people attract others because of the need that they satisfy. According to this reasoning, you can be attracted to people who satisfy the greatest number of your needs.

This discovery contradicts the values that most of us claim we possess. Nevertheless,it seems to be true, even during childhood.It continues to be true throughout adulthood. In fact, physical attraction may be the most important individual element of affection. Nevertheless, its influence diminishes when people get to know each other better.

Although physical attraction has its advantages, it also has a negative side. For men, physical beauty gives men an advantage in work situations. For women, the opposite is true. It can actually work against women in management positions.

A common stereotype causes this phenomenon. It’s common, but it lacks any solid base. The idea is that successful and attractive women get their positions because of their appearance.

Nevertheless, being physically attractive is generally an advantage in social situations. It is a very powerful determining factor for people’s social lives. It influences who attracts other people and what kind of social life they lead.

The factors that we’ve seen are not the only ones that influence attraction. In a study of more than 40,000 individuals, the qualities that people most value in a friend were: the ability to keep secrets, loyalty, warmth, and affection. Support, honesty, and a sense of humor were close behind.

The Laws Of Attraction: How Do We Choose Partners?
We have relationships with many people throughout our lives, but only a few end up being our friends and very few end up being our partners. Read more »
Link copied!
Interesting Articles
Psychology
What's Hiding Behind a Smoking Habit?

Smoking isn't exactly pleasing to our senses. The first time someone smokes, they usually don't have a good experience with it. …

Life is full of stress, struggles and setbacks. We all face these setbacks in one way or another and it's not…